Priyanka Borpujari
Priyanka Borpujari is an award-winning journalist, currently based in Dublin, Ireland. She has reported on issues of human rights and justice from across India, Indonesia, El Salvador, Bosnia-Herzegovina, Argentina, and Japan. She has reported on public health issues for places like the BMJ, Al Jazeera, and TRT World.
health's editorial guidelines
Fact checked by
Nick Blackmer

I am off to a party and, looking in the mirror as I put my curly hair in a fashionable messy bun, the clear hairline on my forehead makes me smile. I have been happy. Life has been good. And that shows on my hairline—there is no mess of flakes falling on my nose and black dress. I wish I had known earlier what could trigger those flakes to form and fall.

I was diagnosed with scalp psoriasis a few years ago, when I couldn’t stop scratching my head. As I scratched, my scalp would bleed. Under my nails was a pink layer of blood mixed with a sticky patch of white.

Editor’s Note: Psoriasis is an autoimmune skin disease that speeds up skin cells’ growth cycle. This leads to red, thick patches on your skin that can have white scales. These patches are called plaques. Plaques can appear on a number of areas on the body, including the elbows, knees, and scalp. When psoriasis affects the scalp, the plaques can stay within the hairline or extend to the forehead, ears, and back of the neck.

Psoriasis is most likely to be active—or flare up—in cold, dry weather. But I was itchy even during the humid, hot summer months where I lived in Mumbai. My doctor prescribed vitamin A supplements as well as antihistamines to help relieve the itching.

Where I lived, the coldest it would get in the winter was 60 degrees Fahrenheit. So after I moved to Tokyo in 2019, the much colder winter further aggravated the itchiness and the mass of white on my forehead. Washing my hair with a medicated shampoo would calm the scalp, but two days later, the flakes would be back.

When a particularly nasty breakup in the winter of 2019 hit me hard, my psoriasis flare-up was unlike anything I had experienced before. I was constantly itching my head. The stress from the breakup affected my sleep and increased my craving for foods that were not so healthful. Waking up late, often from hours of late-night crying, meant missing showering before heading out to my day. I’d soon realize how what was happening in my life was affecting my psoriasis.

Thankfully, the cold winter after the breakup meant I could cover my head with a wool hat. It was only when I visited my hairstylist in Mumbai that spring that I understood the magnitude of the problem. The hairstylist took a photograph of my scalp and showed it to me. I bawled at the effects of the psoriasis and my scratching.

The way she cared for my hair that day allowed it to stay squeaky clean for 10 days—the longest ever in awhile. But due to the pandemic, India’s borders were shut, and so I was stuck in the country for seven months. This brought along a new set of stressors, including 5 a.m. meetings with colleagues across the world, a stray kitten crying all night to be rescued, and conflicts with my mother with whom I was sharing space. The flare-up was back.

After the borders opened, I returned to Tokyo, and life was calmer. I started to listen to my body and connect the dots with my life circumstances and my psoriasis.

I began to notice a trend: Each time I felt silenced, overlooked, or abandoned, I experienced a flare-up. It seemed like my clenched fists that were trying to break down the walls that were clamping down my spirit were instead breaking the walls of my scalp’s skin and releasing the fury and my quiet cries in the form of the large flakes. I realized that these emotions triggered my psoriasis.

It wouldn’t help that eating food like chips and chunks of cheese was my way of coping. Missing deadlines because of Netflix-binges would make me even more anxious. A couple more suspected triggers.

Editor’s Note: Psoriasis symptoms come in waves known as flare-ups. There are certain things that may trigger a flare-up, including:

People with psoriasis also report that certain foods can cause a psoriasis trigger.

But I have been happy for a few weeks now. I have since moved on from that nasty breakup that led to the massive flare-up. I am also more careful with my diet, limiting things like fries and alcohol. I now live in Ireland and, due to Dublin’s unreliable public transportation system, I end up walking three miles almost daily. This exercise, combined with the 90s house music I listen to while on the walks, gets my endorphins going. I’ve been meeting my deadlines. I’m waking up earlier so that I can shower regularly and keep my scalp clean. The absence of triggers has meant no flare-ups.

I hope this pace and peace lasts. And I hope I can wear glittery black turtlenecks for parties with no worry that a psoriasis flare will cause flakes to show. 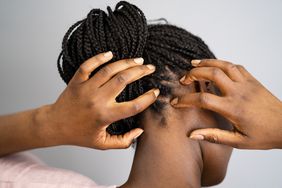 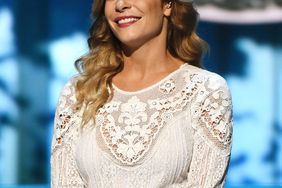