last month, Howland posted a photo of herself standing in the pants that fit her right before she started losing weight in May 2018. Since then, she’s gone from a size 24 to a 12 in less than a year, losing about 64 pounds.

The Eating Disorder Many Women Don't Know They Have

While that's an amazing achievement, she hasn’t always had the support of people in the body positive community. Howland tells Health that even though binge-eating disorder is a life-threatening condition, just like anorexia, sometimes people avoid speaking about it for fear of sounding anti-body positivity.

“It can kind of be frowned upon to lose weight intentionally in the plus-size world," she says. "It doesn’t apply to everybody, but you kind of get pushed to the fringes,” she says.

An expert agreed that binge-eating disorder gets a smaller spotlight than other eating disorders because it’s less perceptible to observers. “[Binge-eating disorder is] not as noticeable—it can be more secretive,” Nancy Farrell Allen, RDN, tells Health, adding that patients who have the disorder often eat in isolation and can be afraid of eating in front of others. “They won’t go to the restaurant," she says. "They won’t sit at the family dinner table."

On Instagram, Howland called for a balance between the reality of binge-eating disorder and the ability to love yourself no matter what your weight.

“Sometimes I think we’ve accidentally swung the pendulum too far and now we ignore the issue of binge eating for fear of encouraging starvation or even just stepping on the toes of the body positivity movement,” she wrote.

She tells us that she didn’t come to terms with her binge-eating habits until one day last spring, when she couldn’t stop herself from going to a drive-thru to get food. I’m not going to do it, she told herself repeatedly at the time. But she was addicted. “My car just kind of went there,” she says.

9 Ways to Help a Friend With an Eating Disorder

Howland realized stress and anger were triggers that resulted in binge-eating episodes, and Allen confirmed that emotional lows often lead to these episodes.

Sharing her weight-loss journey on social media has contributed to her success, Howland believes. “Sharing on Instagram created accountability—it’s harder to quit something if other people know you’re doing it,” she says.

She has a simple piece of advice for people who are working toward a healthier lifestyle: Be nice to yourself. “It’s really important that people love themselves," she says. "You cannot hate your body into health. Any changes you make have to come from a place of love and compassion with yourself.”

7 Things You Shouldn't Say to Someone Who's Had an Eating Disorder
Was this page helpful?
Thanks for your feedback!
Tell us why!
Related Articles 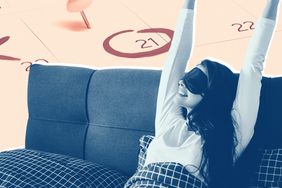 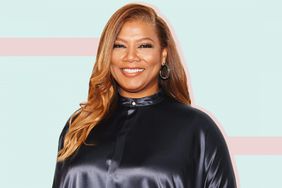 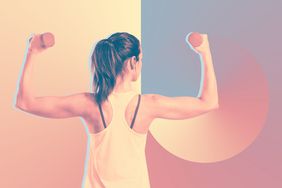 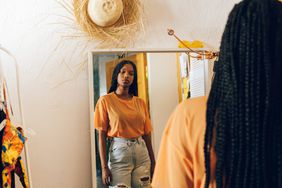 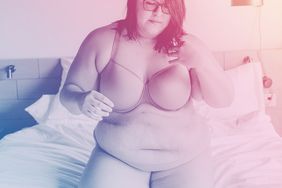