All the weird, wonderful, sometimes frustrating ways that dropping pounds changes your life.

Losing weight does more than give you an excuse to buy new clothes. Dropping just 5% to 10% of your body weight can improve your overall health and reduce your risk for chronic conditions like heart disease and diabetes. But shedding unwanted pounds can also have less obvious effects. Here are some of the surprising ways that weight loss can change your life.

Your energy level will skyrocket

A big energy boost is often the first thing people notice when they start dropping weight. Why? When you're carrying around fewer pounds, you use less energy to simply go about your day, Adam Tsai, MD, a physician at Kaiser Permanente Colorado in Denver and a spokesperson for the Obesity Society, tells Health. "It is also easier to expand the lungs at a lower weight," he says.

Your relationship may be tested

Losing weight can make you feel sexier, but your slimmed-down body—and that newfound confidence—won't necessarily strengthen your bond with your spouse. A study from researchers at North Carolina State University found that although dropping 60 pounds or more in two years or less usually improved couples' relationships, occasionally a partner felt jealous or threatened. "People need to be aware that weight loss can change a relationship for better or worse, and that communication plays an important role in maintaining a healthy relationship," the lead stud author stated in a news release.

Your weight loss could have a ripple effect

When you lose weight, your partner may drop a few pounds, too. That's the finding of a randomized controlled trial examining the untreated spouses of participants in either a formal or self-guided weight management program. By the six-month mark, about a third of the spouses lost 3% or more of their initial body weight, according to the Obesity study. "There is good evidence that people gain weight when their spouses do, and our research suggests the flip side is true too," says lead author Amy Gorin, PhD, professor of psychological sciences and director of the Institute for Collaboration on Health, Intervention, and Policy at the University of Connecticut. That may be partly due to the shared food environment—like having more fruits and veggies in the home, she tells Health.

Your risk of cancer will be lower

Being overweight or obese has been linked to an increase risk of several types of cancers, says the American Cancer Society (ACS). While researchers are still trying to sort out the exact relationship, it appears that excess body weight may increase cancer risk in several different ways, for example, by boosting inflammation, influencing hormones, or affecting cell growth, the society explains. The relationship with body weight is thought to be stronger for some cancers more than others. It's a factor in more than half of all endometrial cancers, according to the ACS.

If you were depressed before, that may not change

Does being overweight make you depressed—or does being depressed lead to weight gain? It's not always possible to tell what comes first, explains Dr. Tsai. A "bi-directional relationship" exists between the two conditions, meaning that obesity may cause depression or vice versa. "Depression typically improves with weight loss," he says. However, for a smaller percentage of people, "mood will not improve even after they lose 100 pounds," he adds.

Working out may become a new habit

When you're carrying around extra pounds, exercising can make your joints hurt and lungs burn more than when you're at a healthier weight, says Dr. Tsai. Physiologically, it's just harder for an obese person to do the same amount of exercise, say researchers at the University of Michigan. Once you start to slim down, you may find that a regular fitness regimen, even if it's just walking or using the stairs, can help you maintain your weight loss, according to researchers at Johns Hopkins Medicine.

Your bones may change

Ever heard that losing weight weakens your bones? While it's true that weight loss is associated with bone loss, it's only a big concern if you become underweight or follow an unhealthy diet. The National Osteoporosis Foundation says that the benefits of weight loss usually outweigh the risks. Extra weight can make your bones stronger (they have to be, to carry the extra pounds) but it also damages joints.

You may be able to toss your meds

Maintaining a healthy weight can protect you from diabetes and heart disease—but what if you're already overweight and suffering from these conditions? Good news: Slimming down can still help. You may be able to take less blood pressure or cholesterol medication, for example, or learn to manage your type 2 diabetes without giving yourself daily injections. "Weight-related conditions such as diabetes typically improve with weight loss," says Dr. Tsai. And there is a dose-response relationship, meaning the greater the weight loss, the more improvement, he says.

Your skin may sag

One thing many people aren't prepared for after a dramatic weight loss is the loose, sagging skin. It won't go away overnight—or perhaps ever—and it may leave you feeling disappointed with your new body. Some opt for body contouring procedures like a facelift, breast lift, or tummy tuck, but any surgery carries risks, and in most cases insurance will not cover these cosmetic surgeries.

Being overweight puts you at risk of developing obstructive sleep apnea, a respiratory disorder that causes a person's airway to partially or completely collapse during sleep. Fat deposits in the neck can block the airway and disturb your sleep, says the National Heart, Lung, and Blood Institute. "Losing weight usually means there's less there to physically constrict your breathing and less soft tissue to block the upper airways," says Dr. Tsai.

You could boost your chances of having a baby

If you've been trying to get pregnant, losing a few pounds may help. Carrying around extra weight can affect your fertility, says the Office on Women's Health. Having polycystic ovary syndrome, a hormonal condition associated with obesity, is one of the most common reasons for infertility in women. Slimming down can also help ensure that you have a healthy pregnancy and a healthy baby, since a mom's weight during (and even before) has been linked to all sorts of health outcomes for her kids.

You may ward off vision loss

Actor Matthew McConaughey told interviewers that his rapid weight-loss in preparation for his role as a man with AIDS in Dallas Buyers Club caused him to start losing his eyesight. That may be the result of extreme calorie restriction or nutritional deficiencies—but for most people, maintaining a healthy weight reduces the risk of developing type 2 diabetes, which can lead to diabetic retinopathy or glaucoma, says the U.S. National Library of Medicine. 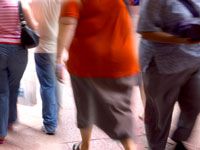 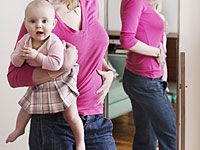 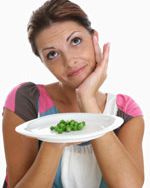 5 Stages of Kidney Disease: What Nephrologists Want You to Know 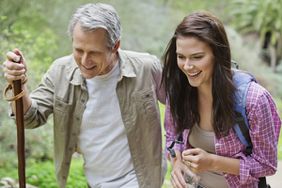