3 Sweeteners You Can Use on the Keto Diet

These sugar swaps will help keep your carbs in check, and your sweet tooth satisfied.

The keto diet has been shown to be beneficial for weight loss and reducing the risk of cancer and heart disease. But, according to a 2022 review from the Nutrients journal, this dietary approach isn't necessarily safe for everyone, and it can cause adverse effects for some people. Be sure to talk to your healthcare provider if you're considering the keto diet.

If you're going to embark on the keto diet, you might want to consider using keto-friendly sweeteners.

A keto-friendly sweetener sounds a bit like an oxymoron: Sweeteners are typically sugars, sugars are carbohydrates, and the ketogenic diet is a very low-carb diet. But the fact is, there are sweeteners out there with little to no carbs—and while the list below is short, stevia, monk fruit, and erythritol can all be part of your ketogenic diet.

It's a zero-calorie sweetener (with no carbohydrates or sugars), and according to the US Food and Drug Administration (FDA), it's about 200 to 400(!) times sweeter than table sugar.

You'll see it on grocery shelves under brand names such as PureVia, Stevia in the Raw, and SweetLeaf, to name a few. Stevia is a popular choice because it's considered natural, and several food regulatory authorities have deemed it safe. There isn't enough research to determine whether it can help with curbing calories and weight loss, but if you're doing keto, stevia will help you keep your carbs in check.

Another no-carb, no-sugar, no-calorie sweetener, monk fruit, also known as Luo Han Guo, is said to be about 100 to 250 times sweeter than sugar, according to the FDA. It is sold by brands such as Monk Fruit in the Raw and PureLo. Like stevia, monk fruit can help you cut carbs, but it may not help you slash your total calorie intake.

In one small study, published in 2016 in the International Journal of Obesity, men who drank a monk fruit-sweetened beverage didn't eat less over the course of the day or have much of an improvement in blood sugar spikes, compared to when they drank a sugar-sweetened beverage.

Erythritol has zero calories and is about 70 to 80% as sweet as sugar. It is lower in calories than table sugar and it doesn't cause blood sugar spikes. One common erythritol-based sweetener brand—Swerve—explains that because their product doesn't raise blood sugar, its carbs are considered "non-impact."

A research study that was done using rats exposed to erythritol was published in a 2017 issue of the European Journal of Nutrition. The researchers suggested that erythritol may be beneficial for people with diabetes. In the animal models used in the study, the low-cal sweetener helped lower blood glucose spikes after eating a meal.

It's worth noting that keto purists caution against permitting any of these sweeteners on the keto diet. That's because quite often these sweeteners pop up in foods and recipes that are heavy in carbs.

Just because a beverage or food contains one of these sweeteners doesn't mean the item is keto-friendly. Stevia, monk fruit, and erythritol are often found in foods and drinks that are labeled "sugar-free" or "low-sugar"; but those foods and drinks may contain other carbohydrates. So definitely make it a habit to check the nutrition facts on any packaged item you're considering.

Also, while you might assume that replacing sugar with a low- or no-cal sweetener would help you cut back on your total daily calories, that's not always the outcome. Research published in 2022 in the journal Nutrients found that people who use the keto diet for weight loss often lose weight, but the outcomes vary. Make sure that if you're replacing sugar with a low- or no-calorie version at one meal, you're not making up for those calories later on in the day.

And, keep in mind that sometimes indulging a tiny bit is what keeps you going on a healthy diet. 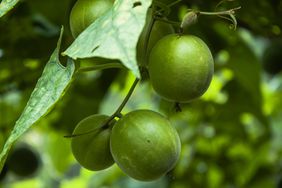 What Is Monk Fruit Sweetener and Is It a Healthy Option?