A sudden switch from burning glucose to burning fat can cause some unpleasant side effects. Here's what to do about it.

Lots of people these days are interested in the ketogenic diet: It's one of the most Googled weight-loss terms, and celebs like Kourtney Kardashian have touted its supposed benefits. But the high-fat, low-carbohydrate eating plan is not without its drawbacks.

Experts warn that the diet is extremely restrictive and not sustainable. They also say it can lead to nutritional deficiencies, high cholesterol, or a serious condition called ketoacidosis. But even before long-term problems set in, many people who try the diet report other unpleasant side effects. These side effects even have a name in the weight-loss world: keto flu.

Keto flu is an unofficial way to describe how some people feel shortly after starting a ketogenic diet. It can include both physical and emotional symptoms—like nausea, cramping, lack of energy, and irritability, to name a few. It's what happens when the body and the brain are forced to adjust to a sudden carbohydrate deficiency, says Abbey Sharp, RD, a Toronto-based nutritionist and blogger at Abbey's Kitchen.

Proponents of the keto diet say that these flu-like symptoms are only temporary and that certain remedies can help reduce or eliminate them altogether. But is it really worth subjecting yourself to, even if just for a short time? Here's what our experts say.

There's no scientific definition of keto flu, but it's often described as flu-like symptoms that start soon after a person cuts carbohydrates largely out of their diet. (To enable "ketosis," a sort of starvation mode in which the body burns fat rather than glucose, the ketogenic diet allows for only 2% to 5% of a person's daily calories to come from carbohydrates.)

"Very often, people don't feel well when they're on the ketogenic diet, and it tends to be worse in the early period," says Edward Weiss, Ph.D., associate professor of nutrition and dietetics at Saint Louis University. "This is something largely anecdotal—we don't have studies on this—but it's probably very real."

A sudden drop in carbs can lead to a decline in energy levels, with some dieters reporting unusual fatigue, confusion, or brain fog. "The symptoms are from your brain needing to adjust to the new source of energy, while also trying to deal with a drop in electrolyte levels as you lose weight," says Sharp. It can also cause nausea, stomach pain, cramping, and constipation, as well, due to the diet's high-fat and low-fiber makeup.

Keto dieters also sometimes report bad breath or foul-smelling sweat and urine. "The smelly factor comes from the fact that acetone, a byproduct of ketone metabolism, seeps out of your body," says Sharp. (Ketones, a type of acid, are byproducts of fat breaking down in the body.)

Cynthia Sass, MPH, RD, Health's contributing nutrition editor, says that many of her clients who have tried the ketogenic diet have also reported irritability and changes in mood. And while people don't necessarily feel hungry on the keto diet—thanks to its high allowance for fat and moderate amounts of protein—some do report serious sugar cravings.

Adopting a ketogenic diet may also hamper athletic performance, says Weiss, even though many athletes try it, thinking it will have the opposite effect. In a recent study in the Journal of Sports Medicine and Physical Fitness, Weiss and his colleagues found that after four days on a keto diet, participants performed worse on anaerobic exercise tasks—which involve short bursts of intense activity—than those who'd recently gone on a high-carb diet.

"Our participants were right in that period of feeling terrible," says Weiss. "They were tired, hungry, lethargic." But he and his colleagues suspect there's a biological reason they performed worse, as well: They had higher levels of acid in their blood, a result of their bodies burning ketones.

RELATED: 6 Really Good Things That Happen to Your Body When You Quit Sugar

How Long Does the Keto Flu Last?

"Most people find that you will feel better in a few days, or up to a week, once your body adjusts," Sharp says. "Whether or not you want to put your body through that is a personal choice."

As for athletic performance, the participants in Weiss's study weren't followed long enough to see if theirs improved after more than four days on a ketogenic diet. But other research suggests that acid levels in the body tend to normalize after a few weeks, he says, while performance remains compromised.

Keto blogs and weight-loss websites recommend taking precautions—like making sure you're staying hydrated, getting plenty of sleep, and finding ways to manage stress—to reduce the unpleasant effects of the ketogenic diet on your body. Some also recommend electrolytes, ketone supplements, or bone broth (which is high in sodium and other minerals) to replace some of what the body is missing in the early stage of the diet.

Certainly, prioritizing sleep, hydration, and overall healthy habits can keep you from feeling even worse, whether you're on the keto diet or not. But the experts we spoke with agreed that avoiding ketosis altogether is a smarter way to feel good while you're trying to lose weight, rather than putting a Band-Aid on something that could have more serious consequences down the road.

"I don't really recommend the keto diet in anything other than clinical disease management settings, because it is incredibly restrictive," says Sharp. (The diet was originally used as a treatment for epilepsy, and scientists are also looking into its potential benefits for people with diabetes or insulin resistance.)

Research on low-carb diets has also shown that while people do tend to lose weight faster in the beginning, there is no long-term difference when compared with other diets of equal caloric intake. "In other words, if you enjoy carbs, a balanced diet that includes them can lead to just as much weight loss," Sharp says.

RELATED: 6 'Bad' Carbs That Are Actually Good For You

How to Avoid Keto Flu

It is possible to cut back on sugar and carbs—and, yes, lose weight—without experiencing these nasty symptoms, says Sharp. "While you cannot achieve ketosis without a significantly reduced-carb diet, you can absolutely reap a lot of the potential glycemic benefits of a low-carb diet—without some of the downfalls, like keto flu—simply by choosing the right carbs," she says.

The key is making sure the carbs you do keep in your diet are rich in fiber, like whole grains, vegetables, and fruits. And when you do eat those carbs, Sharp adds, pair them with some fat or protein; this slows their glycemic impact, even more, preventing the blood-sugar spikes (and subsequent crashes) that lead to cravings and crappy feelings.

Sass agrees: In a 2016 column, she recalled one man who became irritable and had trouble sleeping after adopting an ultra-low-carb diet. "Those side effects subsided after he added back fruit, pulses, whole grains, and starchy vegetables to his diet," she wrote. 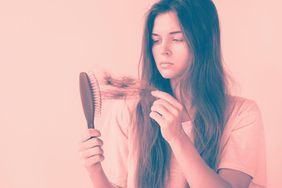 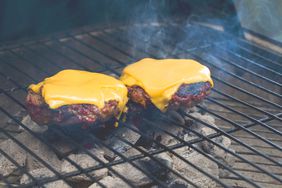 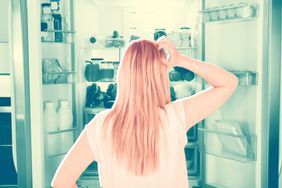