Jennifer Aniston said she noticed "a big difference" when she went on the plan, so we ran it by nutrition experts.

Let's face it, we all want the Jennifer Aniston glow. Does this woman ever not look like she's just walked out of a wellness retreat? Clearly, she knows a thing or two about health and well-being, and she's finally sharing some of her secrets.

In a 2019 interview with UK magazine Radio Times during the promo trail for her Apple TV+ show, "The Morning Show," Aniston revealed that she's a big fan of intermittent fasting, particularly a version called the 16:8 diet.

The Healthiest Way To Do Intermittent Fasting

"I do intermittent fasting, so no food in the morning. I noticed a big difference in going without solid food for 16 hours," said Aniston, per CNBC.

Aniston's preferred way of intermittent fasting limits her eating time window to eight hours per day while fasting for the other 16 hours, Tanya B. Freirich, MS, RD, CDN, New York-based nutritionist and registered dietitian, told Health. Other types of intermittent fasting diets include the 5:2 diet, which involves fasting for two nonconsecutive days each week and eating without restrictions on the other five days. There's also the OMAD—or one meal a day—diet.

Intermittent fasting is rather popular, and it's easy to see why. For starters, there's no prescribed calorie limit, which means no crunching numbers and relying on calorie counting guides before eating. But what else is involved in the 16:8 eating plan and similar fasts, and are they actually safe? Here's what nutrition experts have to say.

As far as the benefits of intermittent fasting go, one study published in Nutrition and Healthy Aging in June 2018 found that this fast helped people lose a "modest" amount of weight and also lowered their blood pressure. "It's suspected that the reason it helps people lose weight is that eating within an eight-hour window simply limits the total amount of calories consumed in a day," New York-based nutritionist Lauren Harris-Pincus, MS, RDN, told Health. "But ultimately, the only way to lose weight is to create a caloric deficit where you consume fewer calories than you expend."

Some advocates of the 16:8 diet assert it helps control blood sugar levels and boost brain function, but there's little scientific evidence to back these claims up. And if you don't stick to nutritious food during the eight-hour window, any positive effects are quickly negated. In other words, 16 hours of fasting doesn't compensate for eight hours of eating junk food.

For the best results, you should be careful about your choice of eating window. According to Freirich, it should start early in the day, preferably no later than about 10 a.m., and finish early in the evening. "This allows for the energy you consume during your eating window to serve your activities throughout the day, plus it's in line with our natural circadian rhythms, presuming you wake up around 6 a.m. to 9 a.m.," explained Freirich. If you choose a much later eating window, say 4 p.m. to 12 a.m., you could actually see weight gain, cautioned Freirich.

Wait...Is Celery Allowed During Fasting? Doesn't It Have Some Calories?

Aniston also told Radio Times that she likes to start her day with celery juice around 9 a.m., which some fasting purists might not agree with. (Typically, intermittent fasting permits nothing but water, tea, or coffee for the entire 16-hour fasting period). "There are no super specific rules to intermittent fasting; however, having anything with calories like celery juice is technically not fasting," confirmed Harris-Pincus.

What Is Alternate-Day Fasting, and Is It Even Safe? Here's What Nutritionists Have to Say

But hey, it's not as if Aniston's having soda for breakfast. And she's not the only one to extol the virtues of celery juice—it seems like every other social media influencer celebrates the green stuff as well.

Any magical health benefits of celery juice are exaggerated "beyond the fact [that] it's a vegetable," said Harris-Pincus. Yet if it works for you, go for it. "I always tell clients that if they like celery juice, then have some," added Harris-Pincus. "Make half of your food volume fruits and veggies, and you're good to go."

Is There Anyone Who Shouldn't Do Intermittent Fasting?

The 16:8 diet isn't suitable for everyone. Freirich doesn't advise it for people with diabetes or problems with low blood pressure or low blood sugar, athletes, or pregnant individuals. "These groups of people need food more consistently throughout the day or have high energy needs that are difficult to meet with time constraints," explained Freirich.

4 Reasons NOT To Try Intermittent Fasting

Are There Any Side Effects To Be Aware Of?

Intermittent fasting shouldn't come with any nasty side effects, but—like all restrictive eating plans—it's important to not let it take over your life. "Sometimes people shy away from social events because they interfere with the timing of the fast," said Harris-Pincus. "I never recommend letting an eating behavior determine your interaction with friends, family, or coworkers."

It's also important to pay attention to exercise in relation to fasting. Harris-Pincus warned against exercising while fasting or waiting several hours after exercising to eat your first meal. "You want to feed those muscles and replenish carbohydrate stores after an intense workout," said Harris-Pincus. 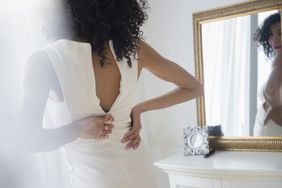 7 Side Effects of Going Keto
What Is the Sirtfood Diet?—and Can It Help You Lose Weight? 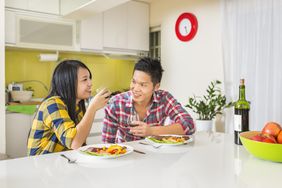 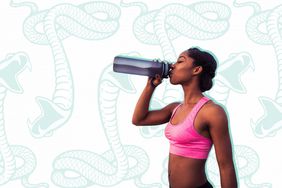 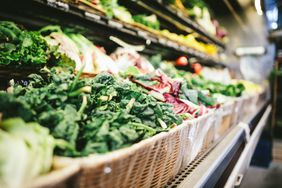