Trying to lose weight? Here are 17 diet tricks that may or may not speed up your results.

Let's face it: The rules of weight loss—eat less, move more, treats in moderation— are a drag. And they don't fit with most dieters' quick-fix, thinner-by-dinner expectations. Cue diet crutches: tricks, based on scant science, that may speed up results. So if a friend swears that munching on grapefruit gets her into skinny jeans, or a coworker credits ice water for his sleek physique, should you try it too?

Not so fast. Some diet crutches are helpful, some harmful, and some won't do much either way. We asked registered dietitians for the bottom line ("skip it," "try it," or "do it right") on the most common diet crutches.

It sounds simple: Drink "body-flushing" liquids and eat little or no solid food. But just because celebs do it doesn't mean you should.

"Will you see the weight loss? Absolutely. But it isn't safe, in terms of getting the nutrients you need," says Amy Shapiro, RD, founder of Real Nutrition NYC. Once you eat solid food, you'll gain back the pounds.

Because the liver and kidneys remove toxins, a "cleanse" is unnecessary and even harmful, says Sonthe Burge, RD, a nutritionist. It can cause diarrhea, "so you can't go far from a bathroom," she says. Other side effects: Headaches, lack of energy, and trouble focusing.

Filling up on fiber

"Fiber is not absorbed well by the body, but is also very filling, which makes it a great choice for people trying to lose weight," says Natalie Digate Muth, MD, an American Council on Exercise spokesperson.

Don't go crazy. Too much fiber (50 to 60 grams per day) can cause side effects like flatulence and diarrhea.

Packing in the protein

Bad news: Adding more bacon to your diet won't cause the pounds to melt away. That's because the addition of protein to the diet doesn't cause weight loss itself. But switching out a higher fat protein source, such as pork sausage, for a lean one like chicken or salmon does help, says Burge.

"You can't just eat protein to lose weight. When you do that, your body starts burning fat for energy," she says, because it will produce ketones, compounds that can be harmful to the brain. But consuming lean protein and good carbohydrates (like whole grains) allows your body to get the energy it needs without the added fat.

Snacking before your workout? Go for it. While researchers are divided about whether eating before exercise really promotes weight loss, experts say a quick bite might just be a slimming crutch you can count on.

"A small snack before exercise helps to have a more productive workout since it gives a quick energy boost," says Dr. Muth. This energy boost can lead to a harder workout, which translates to more calories burned. She suggests munching on something high in carbs and relatively low in fat and fiber (like a banana) to minimize stomachaches and cramping.

"When people skip meals, they think they're saving calories," says Shapiro. But the habit always backfires. "It can wreak havoc on their metabolism, and they tend to eat more later because they're voraciously hungry."

Some research shows that as long as calories stay the same, it doesn't matter if you eat small quantities more often or large quantities less often.

Eating more small meals may help dieters to quell cravings, though, and it also discourages bingeing later, says Shapiro, who recommends meals of less than 500 calories every three to four hours.

Does diet soda make you skinny? One study suggested diet soda drinkers may gain more weight over time than those who don't drink it. It's not clear why, but the brain may anticipate calories when foods taste sugary or fatty, so calorie-free sweeteners may spur people to overconsume later on.

But Burge says awareness is key. "If a dieter were aware that drinking diet sodas may cause cravings later on, I don't think there would be harm [in having one]," she says.

Did you hear that? One a day—meaning you probably shouldn't invest in a diet Coke tap for your kitchen counter if you're serious about weight loss.

Dietitians recommend staying hydrated all day long. "A lot of times we mistake hunger for hydration," says Shapiro. "For dieters, it's important to stay hydrated because then you'll know when you're hungry."

You can over-hydrate, but it isn't common, says Joy Dubost, RD, an American Dietetic Association spokesperson. Serious overconsumption can lead to a life-threatening condition called hyponatremia (symptoms include nausea, headache, and confusion).

The Institute of Medicine recommends women consume 2.7 liters and men 3.7 liters daily (about 11 and 15 glasses of water a day, respectively).

While caffeine can briefly suppress your appetite and acts as a diuretic, it has not been shown to cause real, sustainable weight loss.

Caffeine is thermogenic, which means it triggers the body to burn some calories through heat production. However, this doesn't seem to be enough to cause weight loss.

It's safe to boost your energy with a bit of caffeine before a workout, but too much caffeine can be harmful. "It's a central nervous system stimulant, which can affect your heart rate and blood pressure," says Dubost. (Keep your daily caffeine to 250 milligrams or less.)

Do it right
Grapefruit, a low-cal, high-fiber fruit, has been shown to help obese patients lose weight when consumed in moderation.

But diet plans that promote one ingredient as a "magic" fat burner—as the Grapefruit Diet does—are usually accompanied by a very low-cal meal allotment. That's where the weight loss comes in.

If you add grapefruit to your diet, be careful not to max out intake; you don't want to ruin your taste for the nutritious fruit by eating too much, too quickly. Shapiro cautions: "Eating a grapefruit every day won't help you drop 20 pounds without making other lifestyle changes."

Is it ever safe to take a laxative to flush your system of waste and water and make your belly less bloated? No way.

"You definitely would be losing essential nutrients, you'd be at the risk of becoming dehydrated, and you can become dependent [on laxatives]," Dubost says."Your body was not meant to be taking laxatives."

A better idea: Introduce more fiber and fluids like water into your system and you'll flush it naturally.

Be your very own portion police.

"All restaurants serve up different portions. I tell my clients to leave half or quarter of their plate," says Shapiro. "Half can be dramatic because let's say you just got a piece of fish—you want to eat until you feel satisfied."

It's a great way to eat something more decadent, while still adhering to a diet, Shapiro says.

Some research suggests that chewing gum for 45 minutes after lunch reduces your appetite and cravings for salty or sweet snacks later on.

Dr. Muth says that while the calories burned from chewing gum are minimal, "If you're chewing gum, maybe you'll be less likely to be eating food."

Turning up the heat

Adding spices (like cayenne pepper) to food makes you sweat, which may also boost your metabolism and suppress your appetite for certain foods. But these effects may not be significant enough to cause substantial weight loss.

"In the scheme of things, you could add [spices] to foods, but implementing that one little thing won't help you get there," says Shapiro. In other words, if you like spice, go for it. If you don't, it's not worth burning your tongue to lose a few extra calories.

Do it right
Is parting with pasta the best way to part with your paunch, too? Not necessarily.

"At the end of the day, it doesn't really matter what 'diet' someone starts, whether it's low-carb or low-fat. What does matter is the amount of calories the person consumes and how well they are able to actually stick with the diet," she says.

Diuretics are no better for your system than laxatives, and the weight loss they provoke isn't the permanent kind, says Dr. Muth.

"Diuretics force the kidneys to dump lots of water. The weight lost comes strictly from water and can trigger dehydration and electrolyte abnormalities," she says.

A frozen lunch or dinner is a great way to stick to your diet, says Shapiro. "It's forced portion control," she says.

But, she cautions, some frozen meals are full of sodium, calories, and saturated fat. "A meal should be less than 500 calories and have 5 grams or more of fiber," she recommends.

One option is Kashi's Mayan Harvest Bake, which has 8 grams of fiber, but only 340 calories and 380 milligrams of sodium—less than 20 percent of the recommended daily limit.

You can stop snacking on ice cubes to lose weight.

Shapiro says clients have asked her whether drinking ice-cold water is an effective dieting trick, "because your body has to heat it to body temperature. It maybe helps you burn a small fraction of calories, but not enough to see significant weight loss," she says. 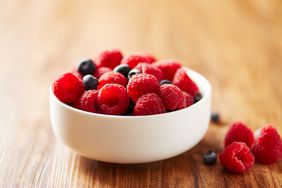 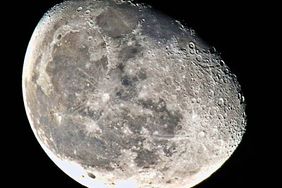 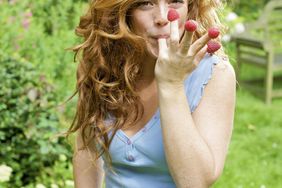