Susanna Kirkpatrick, in PR by trade, never thought she could be a paid, working model–until she stumbled across fit modeling, which embraces people of all shapes and sizes.

I love learning about new things, both in my job in PR and in my free time. I've always been interested in doing voiceovers on the side–I also teach fitness classes on the side–and when I moved to San Francisco a couple of years ago from Chicago, I decided I was going to explore more.

I researched some talent agencies in the neighborhood where I live with the thought of doing voiceover work. In order to be considered, I had to fill out an online form with a bunch of my information, including work I'd done in the past and photos of myself, but also general information like my height, weight, age, and dress size.

I didn't hear anything from any agencies for a while. I thought maybe I'll hear back, maybe I won't–and if it doesn't work out, then that's OK too. Finally one day I heard back from an agency that they didn't have a need for voiceover actors at the moment. But the following day I heard from someone in their fit modeling department. Based on what I had submitted for my height and weight, they thought I could be great.

Immediately I thought they meant fitness modeling. I work out all the time, and I love fitness–but it's not like I would compete in fitness shows. I'm not, like, super ripped. I thought maybe they got me confused with someone else.

These 13 Women Prove Every Body Is a Bikini Body

But further investigation on the agency's website revealed more about what fit modeling is. I had never heard of it, but a fit model is somebody who works closely with designers and manufacturers in the process of creating new clothing. Fit models are sort of real-life mannequins; you try on different clothing items in early stages so designers and manufacturers can see it on a human body.

Curious to learn more, I agreed to go into the agency and get measured. I remember laughing to myself about what to wear to this interview. How could I possibly be a model?! I wore tight maroon pants and a tight black shirt. I'm 5'7" but I wore wedge heels, because models are usually taller. I wore my long hair in a bun on top of my head. That's how models look, I assumed! I had to take a mirror selfie, of course.

When I got to the agency, two other women sat waiting in the lobby with me. They were both plus-size; right off the bat my first impression was this could be really empowering. Fit modeling needs people of all shapes and sizes.

The agency had the three of us get measured in the same room. We all basically had to strip down to bras and briefs. The agent said you never know who you'll be changing in front of as a fit model. As they were measuring me, they told me I'd probably be a good candidate for a size 4, 6, small, or medium, depending on the company. Apparently, my dimensions are good for fit modeling; I guess I'm proportionate!

They also asked us to let them know if we were planning on gaining or losing any weight. About 10 years ago, I lost 35 to 40 pounds and have kept it off since; I told them I've been the same size and between 138 and 142 pounds for 10 years. But one of the other women said it was always a goal of hers to lose a little bit of weight. I think that's something a lot of people can relate to, but the agent told her not to. "You're exactly the dimensions [companies] would be looking for," the agent said. Wow, I thought. That in itself is empowering for someone to know that they're perfect at the exact size that they are today. That they're capable of being in modeling just as they are–I think it's a beautiful thing.

I agreed to be represented by the agency, and they started sending me to meet with different clothing companies in the San Francisco area. They would take all the usual measurements, but also so much more, like bicep size, upper neck compared to lower neck, upper calf compared to lower calf compared to ankle, everything! (Often, I can wear tight athletic wear and not even have to get measured in my underwear!) Then, when these companies have a need for a fit model, they have my measurements on file and might book me for a gig.

Companies use fit models to make adjustments on pieces of clothing or for a final fitting for, say, an entire season's new line. One woman was telling me some fit models go in quarterly for a full-day extravaganza. Some fit models even do this full time! I have one very part-time regular gig now with a company where I'm paid hourly to go in every week at the same time. Maybe the company wants to raise the sleeve length an inch or provide a little bit more ankle room in an inseam or drop a neckline. What's really entertaining to me is the thought that I know without a shadow of a doubt if I wanted to purchase something from this company to wear myself, it would fit me perfectly!

It's super cool even for me as someone who works in fitness that I weigh exactly what I need to to have a side gig in modeling. Even as someone who is content with her body, I still have negative thoughts about my size sometimes. Probably everyone does. But to think I can be a model makes me feel extra pride in who I am and my size. I'm a paid working model–and I never thought I would be. Fit models need to be everything from extra small to extra large and everything in between and beyond–there are even fit models for maternity wear. Fit modeling reinforces the idea that who we are today is perfect. 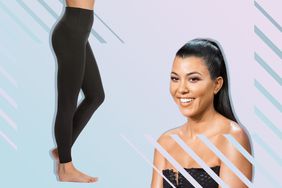 Kourtney Kardashian's Favorite Leggings Are So Good, Everyone Should Own A Pair 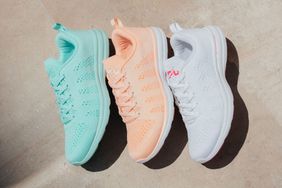 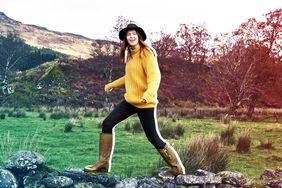