New research shows the importance of protecting and prioritizing sleep as you age.

Julia Ries
Julia Ries is a writer focusing on all things health and wellness. She has over 10 years of experience in health journalism, and though she has written about pretty much every health topic imaginable, her very favorite thing to write about is mental health and the many ways in which it influences how we think, feel, act, and, ultimately, live.
health's editorial guidelines
Fact checked by
Nick Blackmer

Older adults who sleep just five hours a night or fewer have a greater risk of developing more than one chronic disease, new research shows. The findings underscore the importance of healthy sleep patterns throughout life, and especially in middle and old age.

The new study, published in PLOS Medicine, examined sleep duration and its effect on multimorbidity—or the occurrence of more than one chronic condition, like diabetes and cardiovascular disease, at once. People ages 50 or older who slept a total of five hours a night or less were found to have at least a 30% greater risk of multimorbidity.

Prior studies have largely focused on the link between sleep and the development of individual chronic diseases, but it’s been unclear how sleep duration contributes to the development of multiple chronic conditions. The new findings add to growing evidence suggesting that sleep deficiencies can affect health outcomes.

“The main takeaway from these findings is the same message that has been conveyed with increasing urgency over the past 15 years,”  Fiona Barwick, PhD, DBSM, a sleep specialist and director of the Sleep & Circadian Health Program at Stanford Medicine, told Health. “We all need to protect and prioritize our sleep, as it is intimately linked to our physical and mental health.”

For the study, researchers from Universite Paris Cite and University College London looked at data taken from the ongoing Whitehall II cohort study that began in 1985, and examined participants’ self-reported sleep duration, taken at ages 50, 60, and 70.

Participants were followed for 25 years, and all adults were considered “healthy” (free of multimorbidity) at the start of the trial

Of the 7,864 healthy study participants with sleep data at age 50, those who slept five or fewer hours were 30% more likely to go on to develop multiple chronic diseases, compared to those who slept seven hours.

By the age of 60, participants who slept five hours or less were 32% more likely to develop multimorbidity than those who slept seven hours; at 70 years old, that number rose to 40%.

At ages 60 and 70, sleeping more than nine hours each night was also associated with multimorbidity, but with only 77 participants who slept this long, researchers said that chronic conditions could be the cause of the longer sleep times.

At age 50, five or fewer hours of sleep a night was also associated with a higher risk of mortality, but this is likely also due to the increased risk of chronic disease, researchers said.

The study also has some limitations, which means more research needs to be done on the subject before drawing any solid conclusions.

Self-reported data, which was relied upon heavily for this study, is often prone to reporting biases, according to Barwick. And because the majority of the study participants identified as white males, it’s difficult to generalize the data. “This bias limits the extent to which we can apply these findings to groups other than white men,” said Barwick.

It’s also important to note that the relationship between sleep and chronic disease is likely multidirectional—health issues can disrupt sleep, and disrupted sleep can contribute to health conditions, added Barwick.

The Importance of Sleep as You Age

Sleep is an essential part of human health. Though it varies depending on age, people ages 18 and older need at least seven hours of sleep at night, in order to keep the body functioning as it should.

As a result, healthy sleep improves our cardiovascular, immune, metabolic, physical and emotional functioning, she added.

This newer research adds to an already robust body of research on the effects of too little sleep on the body. Past research, for example, shows that short sleep can affect endocrine and metabolic function, which can increase heart rate, blood pressure, and stress levels. Lack of sleep may also increase inflammation in the body and disrupt circadian rhythm.

Though the link here isn’t entirely clear either, some evidence suggests too much sleep could also contribute to inflammation and metabolic problems—but it’s also possible that underlying chronic conditions cause people to sleep more.

“There is evidence that those with multiple chronic illnesses may require more sleep for recuperation that is partly related to the burden of disease itself, thus contributing to the higher mortality with long sleep,” Robert Satriale, MD, FAASM, a pulmonologist and sleep specialist at Temple University Hospital and director of the Temple Lung Center Oaks campus, told Health.

Though scientists have made progress in understanding how sleep affects our health, more research is needed to understand the intricate ways in which sleep contributes to, or protects us from, disease, said Dr. Satriale.

Because medical advancements have expanded our life expectancy, more and more people are living longer with multiple chronic diseases–especially in high-income countries.

The rising multimorbidity rates are associated with more frequent use of healthcare services, hospitalizations, and disability, according to the study authors. Most treatments, additionally, are geared toward treating individual chronic diseases rather than multimorbidity.

To reduce the risk of multimorbidity, it’s crucial to prevent the development of individual diseases in the first place. The researchers hope that by shedding light on the importance of sleep duration, their study can help promote healthy sleep hygiene and underscore the importance of getting enough sleep when it comes to multimorbidity.

How to Improve Sleep Habits

Practicing healthy sleep habits is a lifelong endeavor. “It requires developing healthier habits not only at night but also during the day,” said Barwick.

It’s important to first identify how much sleep you need:

Once you establish a bedtime based on that information, you’ll also need to establish a time during which you’ll wind down at night—that will usually include shutting down your electronic devices and dimming the lights, all of which can send cues to your body that it’s time to doze off.

Your habits during the daytime count too: Ensure you’re getting enough sunlight exposure—especially right after waking up—to regulate your circadian rhythm. Keeping tabs on your caffeine, alcohol, and eating habits can also help you regulate your sleep.

You can also try to manage stress levels, ideally through various relaxation techniques like mindfulness or deep breathing, to keep cortisol and adrenaline levels in check. “As higher stress leads to greater wakefulness, lowering stress is critical for getting better sleep,” said Barwick.

If you’re still struggling to get the recommended seven to eight hours of sleep, even after implementing changes to your schedule, you may want to check in with your healthcare provider.

But you don’t have to wait until you hit your 50s or 60s to start practicing good sleep habits: “Since sleep patterns become engrained at younger ages,” said Dr. Satriale, “teaching good sleep habits to young adults will likely result in better health outcomes when they are older.” 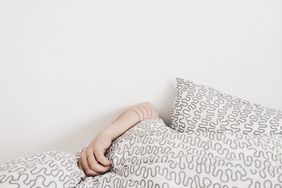 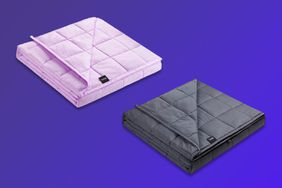