These Personality Traits Are Linked to a Healthier Sex Life

Researchers have identified two characteristics that may explain why some couples have more sex than others.

Ever wondered the true secret of great—and frequent—sex? Turns out a lot of it has to do with personality.

A new study in the Journal of Research in Personality found that couples in which the wife was more "agreeable" (meaning nice, sympathetic, and affectionate) and open to new things tended to have sex more often. None of the husband's personality traits were linked with how often the couple had sex, although some did predict satisfaction.

If either the husband or the wife was "neurotic" (moody and anxious), they enjoyed sex less. Men were more satisfied if they were less open on the so-called Big Five personality scale. While the wife or husband's own personality affected how happy they themselves were with their sex life, their partner's personality did not seem to influence their experience in the bedroom.

11 Sex Tips That Are Better Than Female Viagra

The study was more robust than many in that it did not rely on participants' memories, but asked them to keep real-time diaries of their sex life for two weeks. (The study was actually several studies for which the authors pooled data.)

The frequency of sex was determined based on responses from 278 couples; while the satisfaction findings were based on the reported experiences of 218 couples. All couples were not long married (some as brief as four months), all heterosexual, and all young (in their 20s and 30s).

Like other research, these findings suggest that women are the "gatekeepers" of sex. "Given that women, on average, desire sex less than men, it makes sense that women likely have greater input or control over couples' sexual frequency," says study co-author Andrea L. Meltzer, PhD, assistant professor of psychology at Florida State University. "Any time there is a difference between partners in the amount that they desire something, the one that desires something less likely has more power."

Meltzer also said the researchers don't know why the associations emerged. Nor are there any clear implications to the findings (say, to help with couples therapy).

There are several other things the study doesn't tell us. For instance, would any of the findings hold up in older couples who have been married for 20, 30, or 50 years? "The honeymoon phase is a unique transient phase of life that usually supports increased sexual activity," points out Sonjia Kenya, PhD, research assistant professor of medicine at the University of Miami Miller School of Medicine. "It doesn't really represent long-term couples."

How to Ask for What You Really Want in Bed

Plus, there's much more that affects a couple's sex life, says Jennifer Wu, MD, an ob-gyn at Lenox Hill Hospital in New York City. "There are so many factors that go into the frequency: demands of work, partners' jobs, how often they travel for work, whether or not they work a night shift," she says. "We often talk to patients about intimacy, how close they feel to their partners, how much trust there is between them. That also adds to the quality of sex."

There are also factors more likely to apply to old, married folk. "As we get older, our sex drive goes down," says Dr. Wu. "There [can be] erectile dysfunction in men and any kind of chronic illness can affect libido, sex drive, and ability to have an erection." (Of course, the odds of having a chronic illness, like diabetes, rise as you age.)

And does frequent sex make for a happy marriage anyway? 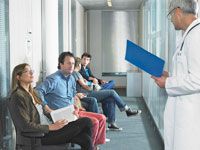 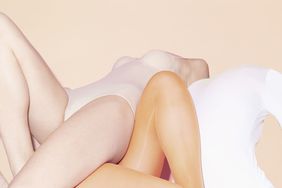