Don’t you just love a "stars—they’re just like us" moment? That’s exactly what we saw when Kristen Bell paid a visit to Jimmy Kimmel Live! on Tuesday night. Bell recounted an argument she had with hubby Dax Shepard early on in their relationship, and the story was . . . relatable.

Bell explained to Kimmel that she and Shepard are huge road trip fans, but not all of the 20,000 or so miles they’ve logged together have been blissful. On one of their first road trips, they rode a motorcycle from New York City to Detroit, where their families lived.

Not long after they set out on the bike, things went south. “He had chosen the music for first two states,” recalled Bell, who says she quickly tired of Shepard’s “yacht rock country outlaw” picks. So she switched iPods at a rest stop.

“Well he was not happy,” Bell told Kimmel. “Because I didn’t ask, we didn’t discuss it. It was also like, we’re both control freaks, [it was the] beginning of our relationship." That fight got bigger on the road, she said, and the tiff only intensified as the duo fervently disagreed about whether Shepherd should keep his helmet on in states that didn't have helmet laws.

“For the rest of the road trip—I think through all of Ohio up to Michigan—we were fighting so bad we both lost our voice because we were screaming at each other on the motorcycle,” says Bell.

6 Resolutions Every Couple Needs to Make, According to Relationship Experts

Despite being “on the verge of a breakup” by the end of the disastrous trip, Bell says they were able to get past it. “We continued dating, Jimmy. And that’s the moral of the story,” she says. “Because we worked through it. It’s about compromise. It’s about understanding the other person’s wants and needs. We weren’t listening to each other back then, but now we listen.”

Next time you're quarreling with your partner, take a cue from Bell and find a middle ground that leaves you both feeling like your needs and desires are being heard. “With this type of healthy, positive communication, you can create safety, strengthen your emotional connection, and make your partner feel valued,” says Needle. 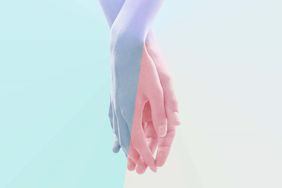 Could Emotionally Focused Couples Therapy Save Your Relationship? 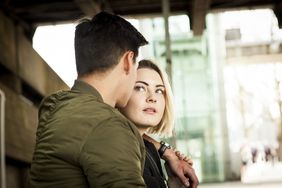