Here's what experts have to say about this dangerous form of emotional abuse.

For those who haven’t followed every cringe-worthy moment leading up to the confrontation, a little background. It was 24-year-old Luke Parker of Georgia who received Hannah Brown’s first impression rose in episode one of this season.

But Luke quickly earned a reputation among the men as someone not to be trusted. At one point, Hannah, also 24, even confronted Luke about the mounting tension in the mansion. “Why does every single guy here dislike you?” she asked him in episode four.

That should have been a red flag. But Hannah, who hails from Alabama, didn’t see what Bachelor Nation fans had been seeing all along: that Luke had essentially been gaslighting her—at least according to Reddit users.

What is gaslighting—and how was Luke P. allegedly manipulating Hannah?

Basically, gaslighting is a deception technique used to force someone to second-guess themselves.

“[Gaslighting] is like someone saying the sky is green over and over again, and at first you’ll be like ‘no, no,’” Gail Saltz, MD, a psychiatrist and host of the podcast The Power of Different, previously told Health. “Then over time the person starts to manipulate you into saying ‘I guess I can’t really see what color the sky is.’ It’s just this sense of unreality.”

That’s exactly what happened to Hannah: She second-guessed herself time and time again during this season—until last night’s episode.

Luke kicked off their evening date with a bold statement: “Let’s talk about sex,” he began. From there, he explained how he wanted to hear from Hannah’s own mouth that they were on the same page morally. To him, that meant she wouldn’t be intimate in her other relationships. If she did have sex with the other men, that would be a deal breaker—“I’d be wanting to go home. 100%,” he told her.

As Hannah processed what Luke was saying to her, she called him out: “It’s just that you’re questioning me, that you’re judging me and feel like you have the right to [judge me] when you don’t.” That’s when Luke reversed course, insisting that he didn’t want to get into “being misconstrued and being misunderstood”—again.

Tennessee-based mental health counselor Rebecca Weiler previously told Health that when gaslighters approach a breakup situation, they resort to deceit, distortion of reality, and defensive tactics. Tell a gaslighter why you want to part ways, and the response could be a denial of an event happening, claims of being misinterpreted, or calling you names, like overly sensitive or crazy, Weiler says.

Kudos to the indomitable Hannah for seeing through the emotional abuse and dysfunction. She wasn’t about to be told what she could and couldn’t do. Nor did she tolerate Luke’s blame-shifting when he insisted that nothing has changed in how he feels about her even if she did “slip up” and have sex.

“I don’t slip up,” Hannah slapped back.“I have had sex,” she revealed. “And Jesus still loves me.” Mic. Drop.

How to Break Up With a Gaslighter
Was this page helpful?
Thanks for your feedback!
Tell us why!
Related Articles 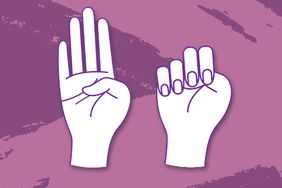 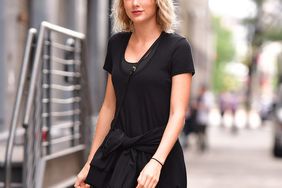