Want to get the new year off to a fun start? Add an adorable fur baby to the family. Here’s everything you need to know about bringing home a kitten—or two!

Before welcoming your kitten home—or better yet, two kittens, so they’ll always have company and a built-in playmate—you’ll need to buy the essentials (see our checklist!) and work on baby-proofing your space. “Think of kittens like human toddlers; they will get into everything,” says Erin Mayes, assistant director of feline behavior at PAWS Chicago. Cover wires and cords, remove small or breakable objects from tables and shelves, block off potential hiding places, and get rid of any plants toxic to cats (lilies, for example, can be deadly to kittens when ingested). Once everything is squared away, set up a small, quiet room with your cat’s bed, food, and litter box; this will be their “safe room” until they can become acclimated to the rest of the house. There are some things you’ll want to bring home from the shelter or breeder, including a blanket or toy for a familiar scent and a few weeks’ worth of food. “A sudden change in foods can cause stomach upset in kittens, so you will want to continue with the same food for at least a few weeks to reduce stress,” says Kyoko Yoshida, DVM, cofounder of the Hudson Animal Hospital in New York City. Then you can transition their diet slowly, doing a mix of their old food and new for several days. Another way to preemptively decrease anxiety in your kitten is to use a plug-in pheromone spray; undetectable to humans, the spray will release cat-mom pheromones into the space, calming your feline, says Dr. Yoshida.

Who’s Smarter, Dogs or Cats? Science Now Has the Answer

How to Handle Furry Siblings

If you already have a resident dog or cat, they will probably notice the presence of your new kitten right away. While both animals should become familiar with each other’s scents, face-to-face interactions are best avoided at first. Let your cat or dog sniff out the new creature under a door; you can even swap their bedding for a night or two. Then, slowly introduce them with a barrier in place—and your dog on leash—to see how they react. “Some hissing or growling at first is to be expected, but that’s also a sign not to move forward quite yet,” says Mayes. Once both animals appear calm, introduce them without a barrier. Reinforce every positive interaction with a food reward on both ends; the process may be slow going depending on the animals, but timid introductions and frequent rewards should ease the tension, says Mayes.

Acupuncture for Your Cat? What to Know About Alternative Medicine for Pets

Your cat may not be super cuddly right away, but getting her used to your touch sooner rather than later will make her more comfortable and will make trimming nails, brushing, and giving medications easier later on. “If you have a very fearful kitten, just sit in the safe room with them. Bring food, and as they eat, lightly pet their head and neck area. Before the cat finishes eating, stop petting,” says Mayes. This will help create a positive association around you. Also work to engage your kitten in play as much as possible; toys like laser pointers, plush mice, and scratching posts will keep her active and happy. Specifically with scratching, avoid negative reinforcement like yelling as it can make kittens more anxious. Scratching is a natural and healthy behavior ing and simply needs to be redirected to an appropriate alternative, says Mayes. If your cat is clawing at the sofa, get her a vertical carpet-covered post; if she’s ripping up the rug, try for a flat hemp board. You’ll start to see the behavior you want—and keep a strong relationship with your new kitten.

“A big misconception is that the nail is just being removed, but that’s not the case. If you can imagine a cat’s paw as your hand, the declaw procedure is amputating at the knuckle closest to your fingertip,” says Mayes. Removing a cat’s primary defense can also cause her to rely more heavily on biting and lead to litter box avoidance as digging may cause her pain.

How to Find a Good Vet for Your Pet

Depending on your agreement with the adoption center and your kitten’s vaccine schedule, the first vet appointment could occur anytime from a few days to almost one month after bringing your new pet home. Kittens usually receive three or four rounds of vaccines, administered two to four weeks apart; it’s important to get their vaccination records from the adoption center so you can stay in sync with their schedule. You’ll also want to ask about microchips. “Most cats these days coming from breeders or rescue places will already have microchips installed,” says Dr. Yoshida. (In that case, the only step is to update your pet’s microchip registry with your contact information in case the cat gets lost.) Other than that, you can expect a general health checkup during the first appointment: “We do head-to-tail full exams, making sure baby teeth are coming in well, the heart doesn’t have a murmur, and joints and bones are developing well,” says Dr. Yoshida. 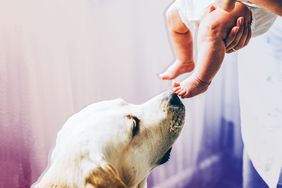 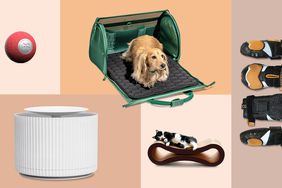 The 8 Best Gifts for Your Pet This Holiday Season 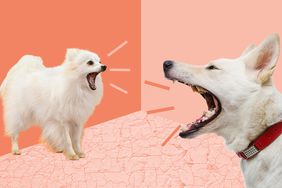 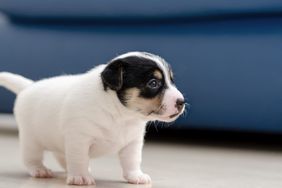 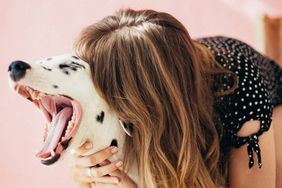 How to Improve Your Pet’s Mood, According to Experts 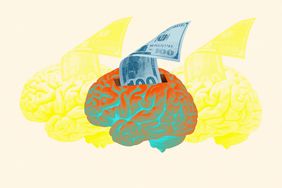