Pete Scherer has been a curious and industrious cook from an early age. In his early twenties, his interests led him in two directions: he began working in farmer’s markets around the Los Angeles area - including several years at the famed Wednesday Santa Monica farmer’s market - and he began teaching himself to make sourdough bread. These interests coalesced when he began working as a baker for Suzanne Goin at her restaurants Lucques and AOC. Peter later went on to work for Salt’s Cure, the nose-to-tail boutique steakhouse, before briefly owning his own small artisan bakery. He left the restaurant grind in his early 30s to start a family, for whom he does the majority of the cooking.

Pete has a BFA in Acting from the University of Southern California.

Health.com, a Dotdash Meredith Brand, is an award-winning online resource for empathetic, trustworthy, and actionable health and wellness information so you can make the best choice for your health. We reach more than 9 million readers a month. We ensure the accuracy of our content by relying on seasoned health journalists, credentialed medical professionals and thorough fact checkers. Learn more about us and our editorial process. 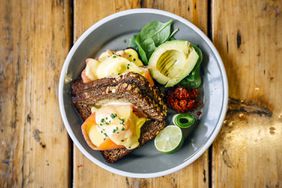 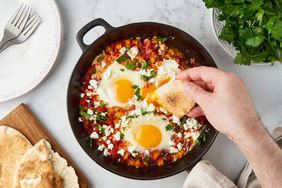