The substance made headlines after the FDA advised people not to buy it.

Everyone knows the caffeine in a cup of coffee or tea can offer a much-needed boost of energy. But one substance takes that jolt to a scarier level. If you haven't heard of caffeine powder, it made headlines after the FDA advised people not to buy it.

The statement came in response to an Ohio teenager's death from a caffeine powder overdose in May 2014. Eighteen-year-old Logan Stiner was just days shy of graduating high school when he was found unconscious. Investigators said Stiner had toxic levels of the powder in his system which led to irregular heartbeat and seizures, USA Today reports.

Caffeine powder is sold online as a dietary supplement and should be measured with a micro-scale because the serving sizes are so small—and potent. One serving of caffeine powder is usually about one-sixteenth of a teaspoon, which contains about 250 milligrams of caffeine or the amount in a small cup of coffee, USA Today reports.

14 Ways to Get More Energy Without Caffeine

But ingesting a little too much caffeine powder isn't the same as drinking one too many cups of Joe. Since it's so concentrated (it's basically pure caffeine), even amounts that look small to you could be lethal. The FDA warns that just a single teaspoon of powder contains roughly the same amount of caffeine in 28 cups of coffee. That amount can lead to an overdose, causing severe side effects like erratic heartbeat, seizures, and death. Caffeine toxicity can also cause vomiting, diarrhea, stupor, and disorientation.

The FDA monitors the market for dangerous products, including those that contain highly concentrated caffeine, and takes action when appropriate. 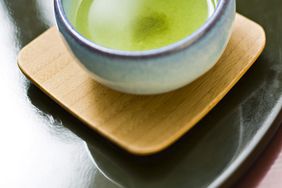 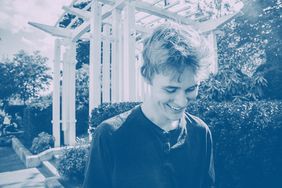 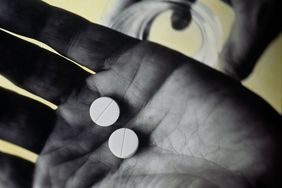