Yuliya Klochan
Yuliya is an evergreen writer and editor for Health, where she covers topics such as neurological diseases, reproductive and LGBTQ+ health, cancer, and more. She has created online content for more than seven years—reported articles, blogs, social media, and videos—and has conducted medical and social science research. As an advocate and educator, she led reproductive health workshops for healthcare providers and college students.
health's editorial guidelines
Medically reviewed by
Patricia Mikula, PharmD

Some say Pedialyte, the liquid electrolyte beverage for rehydration, is key to curing a hangover. But is that too good to be true? Learn what Pedialyte can do for you—and how to manage your hangover symptoms in general.

Pedialyte is a product made by Abbott Laboratories that can rehydrate you by replenishing your supply of electrolytes such as sodium and potassium. These minerals help balance your bodily fluids—an imbalance can cause dehydration.

Pedialyte can also help after diarrhea and vomiting by restoring fluids and some essential cell nutrients. The solution can be used by both children and adults.

If you're choosing between Pedialyte or another electrolyte-infused beverage like Gatorade, Jason Burke, MD, founder and president of Hangover Heaven, said to go with the former. "I like Pedialyte better than Gatorade, as it has more electrolytes and less sugar," Dr. Jason Burke said.

What Is a Hangover?

Hangovers include several symptoms that can really ruin your day. You may experience all or only some of the symptoms. The most frequent cause of a hangover is alcohol over-consumption.

A hangover is a set of symptoms that can happen after you drink too much. These signs vary between people, but some common ones include:

A hangover can also impair functions such as attention, decision-making, and muscle coordination. It can prevent you from driving or operating machinery.

Hangovers typically go away within 24 hours, but some can last longer. Symptoms are most severe when the blood alcohol concentration (BAC) reaches zero—meaning you are completely sober.

Alcohol can affect many parts of your body. It can irritate the lining of the stomach, leading to digestive symptoms. It affects the kidneys' ability to retain fluid, leading to increased urination and fluid loss, which in turn results in thirst, fatigue, and headaches. It may disrupt your sleep. And it can cause inflammation in organs such as the liver, gastrointestinal (GI) tract, and brain.

There's no sure way to determine how much drinking can lead to a hangover. You may get one after drinking more than what's usual for you. If you are ill, you may get a hangover at a lower BAC.

Some compounds in alcoholic drinks can make hangover symptoms worse. These include congeners in dark spirits such as bourbon and sulfite preservatives in some wines. But ultimately, it doesn't matter what you drink—heavier drinking is what causes a hangover.

Drinking slowly and on a full stomach, as well as having a glass of water between drinks, can help prevent a hangover.

According to the National Institute on Alcohol Abuse and Alcoholism (NIAAA), as of March 2021, there's no research to support that electrolyte-rich drinks can reduce the severity of hangover symptoms. The NIAAA also noted the body can restore the electrolyte balance on its own.

An April 2020 study found that intervention with electrolytes, vitamins, and minerals did not improve or relieve hangover symptoms after moderate alcohol consumption.

But there was some disagreement on the topic, as of July 2022. According to the National Library of Medicine MedlinePlus resource, electrolyte solutions like sports drinks and bouillon soups could actually help with hangovers by replacing the salt and potassium lost from drinking alcohol.

Whatever you choose to drink, hydration may address some of your symptoms—and it can be part of mild hangover management.

When it comes to Pedialyte, the drink can be more helpful if consumed before you go to bed, according to Dr. Burke. Rehydrating before sleep will lessen your chances of waking up dehydrated.

Other Ways To Get Rid of a Hangover

Time is ultimately the only cure for hangovers—most go away within 24 hours. According to the NIAAA, you can't really make your brain recover from alcohol faster. There are no scientifically proven remedies to alleviate hangovers.

But you may be able to address some hangover symptoms. Make sure to get plenty of rest and reduce sensory stimuli such as light or sound.

Here are some additional things to keep in mind when you're experiencing a hangover:

If you choose to drink alcohol, try to slow down and hydrate. And take it easy the next day—the hangover will go away on its own.

Hangovers can happen to anyone who drinks alcohol, and they vary widely in severity and presentation. Despite popular belief that the electrolyte-rich drink Pedialyte can help reduce some symptoms, as of July 2022, there wasn't scientific agreement on its effectiveness.

It typically doesn't hurt to try Pedialyte for rehydration but remember: Most hangovers go away on their own within 24 hours. Try to rest as much as possible after a night of drinking and don't hesitate to talk to a healthcare provider if your symptoms are severe or don't go away.

Can Pickle Juice Really Cure a Hangover?
Was this page helpful? 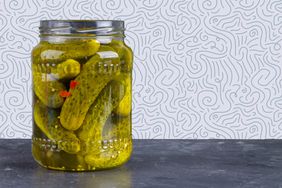 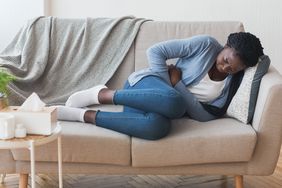 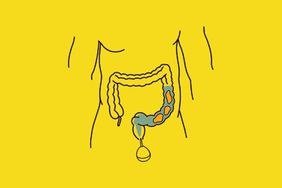