A lot of misconceptions exist about eating eggs daily.

When it comes to foods with confusing health messages, eggs may take the cake. Despite being a breakfast and baking staple, in 1968, the American Heart Association recommended limiting egg consumption to less than three eggs per week for fear that doing so could raise cholesterol and contribute to heart disease, according to a review published in 2015 in Nutrients. However, most health promotion agencies dropped egg restrictions in 2015.

So is it really okay—healthy, even—to eat eggs every day? For the bottom line on this misunderstood topic, Health spoke with Peter Schulman, MD, a cardiologist and professor of medicine at the University of Connecticut.

Eggs Have Cholesterol—That's Not Necessarily Bad

According to the United States Department of Agriculture (USDA), eggs have a higher level of dietary cholesterol than other foods—about 186 milligrams in one large egg. Cholesterol is a substance in your blood made in the liver and found in food, according to Johns Hopkins Medicine. While cholesterol isn't bad, having too much can build up in your body and put you at a higher risk for heart problems.

"Now we know that what really raises your cholesterol is saturated fat in the diet and not so much the cholesterol in foods," Dr. Schulman explained. According to the American Heart Association (AHA), saturated fat is found in foods such as butter, milk, ice cream, cheese, and meat.

"Eggs raise the HDL to a greater extent than it does the LDL," Dr. Schulman explained, "which leads to a more favorable risk profile when it comes to cardiovascular risk."

19 Healthy Foods to Eat for Breakfast

No Link to Heart Disease

On top of cholesterol's effects on the body, a 2018 study published in the journal Heart suggests that people who eat eggs aren't any worse off than those who don't. Moreover, the study failed to find a connection between one-a-day egg consumption and heart disease, even in people whose genetics put them at higher-than-normal risk.

According to the study, eggs may even have a protective effect. People who reported eating up to one egg per day had an 11% lower risk of developing heart disease—and an 18% lower risk of dying from it—than those who did not eat eggs. They also had a 26% lower risk of having a hemorrhagic stroke when ruptured blood vessels cause bleeding in the brain.

Dr. Schulman said the study's findings aren't surprising and are further evidence that eggs aren't bad for you. "I've been preaching this for a while," Dr. Schulman said. "This is more good news."

5 Ideas to Get You Out of Your Breakfast Rut

Eggs Are Packed With Nutrients and Protein

"There are a lot of great reasons to eat eggs," said Dr. Schulman. According to the USDA, one large raw egg contains:

These nutrients each play an important role. According to MedlinePlus, protein helps to make and repair the cells in your body. According to the National Institutes of Health, choline is an essential nutrient that helps with memory, mood, and muscle control. Vitamin E protects your cells from damage, while vitamin D helps to build bones and fight infection, according to the Nemours Foundation. Lastly, folate is vital for making red blood cells, according to Johns Hopkins Medicine.

"If you eat a breakfast that's only high in carbohydrates and no protein, you're going to be hungry again very quickly," Dr. Schulman said.

Instead, Dr. Schulman recommended choosing high-fiber carbohydrates (like oatmeal) and adding an egg or two for staying power.

Should You Keep Eating Eggs?

It is a common misconception that eggs will negatively affect your heart health. While eggs contain cholesterol, they are unlikely to cause heart disease. On the contrary, eggs can be beneficial to your diet. They provide a good source of nutrients and protein and can be a great way to start your day. 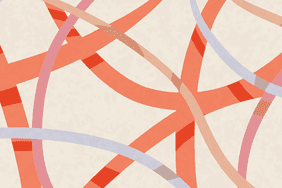 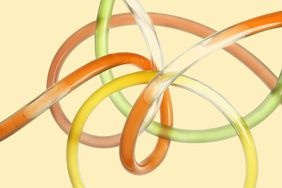 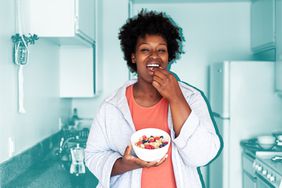