The European Union has just banned the substance from food entirely, but many U.S. experts say titanium dioxide is not cause for concern.

Skittles has been making headlines in recent weeks and not because a new flavor has been added to the popular "taste the rainbow" candy.

Mars Wrigley, the company that makes Skittles, is being sued by a California man who claims the candy contains a "known toxin" that poses such a serious health risk that Skittles are "unfit for human consumption."

The ingredient in question? Titanium dioxide.

A legal additive in the United States, titanium dioxide is used in everything from food to consumer goods and the U.S. Food and Drug Administration says regulated use of the product as a color additive in food is safe within certain restrictions.

Still, in 2016 Skittles publicly declared it would get rid of the chemical compound in its products, according to a press release at the time from the Center for Food Safety, which called the substance "harmful and potentially poisonous." But the ingredient remains, according to the lawsuit, which alleges the candy company is misleading consumers by not having eliminated titanium dioxide.

The California plaintiff is apparently not the only one concerned about titanium dioxide. The European Union recently banned its use citing concerns about serious health consequences.

In response to the allegations, Justin Comes, vice president of research and development at Mars Wrigley North America, told Health that "safety is of paramount importance to Mars Wrigley. While we do not comment on pending litigation, all Mars Wrigley ingredients are safe and manufactured in compliance with strict quality and safety requirements established by food safety regulators, including the FDA."

So, what does it all mean for you, the consumer? Should you stop eating Skittles or begin checking foods for the presence of titanium dioxide? Here's a closer look.

What Is Titanium Dioxide?

An inorganic chemical, titanium dioxide is used as a dye to help products achieve a certain appearance, including whitening a product. Some experts and publications have described it as being akin to a "paint primer" that's used before the color is added to food in order to give products a uniform shine. Its presence is common in many items beyond Skittles including coffee creamers, cake mixes, and chewing gum. It's also used for pigment and in cosmetics manufacturing.

"Titanium dioxide particles help light scatter and reflect," Kelly Johnson-Arbor, MD, a medical toxicology physician at the National Capital Poison Center, told Health. "Because of that, we often use it as a whitening agent."

While Skittles don't include white in their line-up, Dr. Johnson-Arbor theorizes that titanium dioxide is used to help contain all the other beautiful colors.

Other food manufacturers use titanium dioxide to absorb water and keep moisture from clumping or degrading, Paul Westerhoff, PhD, an environmental engineer at Arizona State University who researches the biological and cellular effects of titanium dioxide, told Health.

The chemical is also found in common household and industrial products such as paints, coatings, adhesives, paper, plastics and rubber, printing inks, coated fabrics and textiles, as well as ceramics.

It's also used in sunscreens as a UV filtering ingredient, helping to protect a person's skin by blocking absorption the ultraviolet light that can cause sunburn and cancer.

"It's all over the place in our environment," said Dr. Johnson-Arbor.

Does It Cause Cancer?

One of the most common worries about titanium dioxide is that it could be a cancer-causing agent. The link between cancer and titanium dioxide traces back to a 1985 study where rats were exposed to high levels of titanium dioxide for two years, causing lung cancer. However, not all experts are convinced by this study.

"if you compare the levels—which went as high as 50,000 milligrams/killigrams per day— to what humans are actually exposed to, we're talking orders of magnitude. It was a huge amount," Norbert Kaminski, PhD, a professor of pharmacology & toxicology and director of the Center for Research on Ingredient Safety at Michigan State University told Health.

Yet another study, this one published in 2006 by the International Agency for Research on Cancer said there was insufficient evidence to conclude that titanium dioxide causes cancer. However, the study also categorized the ingredient as a potential human carcinogen.

Since then, there has been a few animal studies suggesting titanium dioxide is connected to cancer. A 2017 study in Scientific Reports, for instance, found that rats with titanium dioxide in their diet had impaired immune systems, which could contribute to autoimmune diseases and colorectal cancer.

Still many experts say the body of research does not support the current health concerns being expressed about titanium dioxide.

A 2022 review on past studies of titanium dioxide and rat lung cancer, for instance, said the original study was under extreme conditions and its effects were not replicated in other animal species. Additionally, the review concluded that the few studies which did directly focus on titanium dioxide's impact on humans did not end up showing any increased cancer risk.

"The whole scientific experimental design in some of these studies is‌ very flawed," Kaminski said.

On the other hand, Westerhoff said, there are hundreds of studies showing no adverse effects from the substance.

"Relative to a lot of other things that people should be concerned about, titanium dioxide in my mind, is really low on the list. I would be more worried about some substitutes that people are using for titanium dioxide that don't have decades of research associated with it," said Westerhoff.

There is some evidence that ingested titanium dioxide does not completely exit the body. A 2015 review of animal studies and a few human studies suggests titanium dioxide can get absorbed into the bloodstream and expose other organs to damage.

"The concern from animal studies is that high amounts of titanium dioxide have increased inflammation and colon tumor formation," said Dr. Johnson-Arbor. A 2021 review, meanwhile, suggested that using titanium dioxide as a food additive weakens the gut lining and worsens the progression of inflammatory bowel disease.

Other scientists, however, have called into question the experimental designs of such studies, citing inconsistent results specifically in studies used to test DNA damage.

In June 2022, Health Canada weighed in on the debate, releasing a report on the safety of titanium dioxide. Their expert panel reviewed toxicity studies, including ones involving genetic damage. The expert panel found that previous studies used different forms and properties of titanium dioxide and deliberately broke the material into smaller particles than what you would normally see in food.

For his part, Kaminski argues most of the studies have been in animals, and any effects found were minuscule. He and his team also contested some of the findings in a 2019 study that found no evidence of increased inflammation or changes in the GI tract.

"We've measured many different immunological markers, both in the mucosa of the intestine and the lymphoid organs part of the intestine and we didn't see any inflammation there or changes in white blood cell number," Kaminski said. They also looked at the spleen where titanium dioxide was taken up into the bloodstream. "You would expect [titanium dioxide] would be filtered out in the spleen and maybe induce inflammation there, but we did not see that," Kaminski added.

Why Did Europe Ban Titanium Dioxide?

As of August 7, the use of titanium dioxide in food is banned in the European Union. Europe is taking a precautionary principle approach based on findings from the European Food Safety Authority (EFSA).

According to the EFSA's Expert Panel on Food Additives and Flavorings 2021 opinion regarding titanium dioxide, it could not rule out a concern for genotoxicity from ingestion of the material based on a perceived gap in data on this risk, which serves as the basis for current ban, said a March report on the decision.

A safety review conducted by the EFSA in 2021 assessed thousands of studies published on titanium dioxide.

"Although the evidence for general toxic effects was not conclusive, on the basis of the new data and strengthened methods we could not rule out a concern for genotoxicity and consequently we could not establish a safe level for daily intake of the food additive," commented Matthew Wright, member of the EFSA's Food Additives and Flavourings Panel in a press statement.

It's also worth noting that even prior to the EU decision, France had already outlawed titanium dioxide in food back in January 2020.

Ultimately, most experts advise moderation, as titanium dioxide is typically found in processed foods that come with their own health risks.

"People eating lots of candy should be more worried about the sugar and how it can cause high blood pressure and obesity," says Westerhoff.

Other experts say there is simply no conclusive evidence at this point that titanium dioxide is damaging to humans after ingesting. Kaminski in particular said the research studies cite health hazards that were found by using high doses of the product, which "you would not normally see in food."

"I don't see the scientific evidence in the literature that would cause people any concern," said Kaminski. 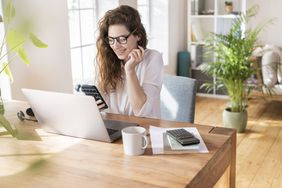 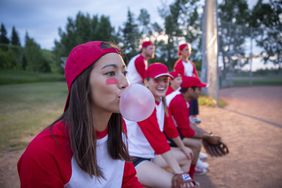