Life expectancy dropped across the country in 2020. Here's what experts say you can do to improve overall health.

Alyssa Hui
Alyssa Hui is a multi-faceted media and communications professional with over four years of experience as a news reporter and journalist. She reported on over 300 stories—covering health, wellness, policy, public health, education and senior caregiving—with the goal of informing and educating readers across platforms.
health's editorial guidelines
Fact checked by
Marley Hall

Average life expectancy is continuing its downward spiral across the nation, with yet another new report showing a significant decline—this time between 2020 and 2021.

This is the second year in a row that life expectancy in the United States has declined and the latest data release from the National Center for Health Statistics (NCHS) shows life expectancy estimates have now fallen to the worst levels since 1996.

The new report comes on the heels of provisional state-by-state data that was released by NCHS earlier this month covering the drop in life expectancy between 2019 and 2020. The new report represents finalized national data for that time period and the addition of new national data for 2021. The cumulative decline in life expectancy over the two report periods is the worst on record since 1923.

Medical experts say it's shocking and unsettling to see these types of decreases in life expectancy, particularly because the U.S. has historically experienced a gradual increase over time.

"Over the last century, we've gained 30 years in life expectancy, which is phenomenal and unprecedented in human history. We've continued to increase life expectancy year after year, so to see a decrease in life expectancy is deeply upsetting," Scott Kaiser, MD, geriatrician and director of geriatric cognitive health for the Pacific Neuroscience Institute at Providence Saint John's Health Center, told Health.

To see a decrease two years in a row should be a wake-up call, Dr. Kaiser added.

Here's a closer look at some of the reasons why life expectancy has recently reversed course and what you can do in response.

The initial life expectancy report from NCHS, released August 23, was compiled based on provisional data from 2020. It broke life expectancy down state by state and showed decreases in every state across the nation and the District of Columbia. However, the exact amount of the decrease varies based on the state in which you happen to live—ranging from a decline of just 0.2 years to as much as 3 years.

Hawaii, for instance topped the list with an average life expectancy of 80.7 years in the initial data release from NCHS. Males in Hawaii were found to have an average lifespan of 77.6 and females 83.8 years. Washington state ranked second, with an average lifespan of 79.2 years. Broken down by males and females, the averages in Washington were 76.9 and 81.6 respectively. Minnesota, California and Massachusetts rounded out the top five longest life expectancies on the ranking, where the averages were nearly the same at 79.1 years to 79 years.

On the other end of the list, the bottom five states with the shortest life expectancy were Mississippi, West Virginia (72.8 years), Louisiana (73.1 years), Alabama (73.2 years) and Kentucky (73.5 years). Mississippi fared the worst in the nation with an average life expectancy of 71.9 years in 2020. For men however, that number was even lower at 68.6 years, while for females it was 75.2 years.

It's also worth noting that the difference in longevity between the highest ranked state and the lowest rank state also increased between 2019 and 2020, according to the the data. In 2019, there was a 6.5 year difference in lifespan between the top ranked and bottom ranked state, which has since widened to an 8.8 year gap.

The newly released nationwide data for 2021 showed that the life expectancy decline continued—dropping another 0.9 years overall.

NCHS attributes the ongoing nationwide life expectancy decline primarily to two factors—the COVID-19 pandemic and increases in "unintentional injuries," such as drug overdoses. The main challenge is clearly COVID, said NCHS experts in a press release, but drug overdoses are second in terms of impact on mortality.

COVID-19 meanwhile, created a record number of deaths on its own, said Jeff Gladd, MD, chief medical officer for Fullscript medical advisory board and an integrative medicine physician.

"COVID-19 was obviously a novel cause that did not exist in previous years," Dr. Gladd, told Health. "With drug overdose deaths, they mainly occur in a younger population and will have a more dramatic effect on lowering the average age of death."

There's also a multitude of other reasons—related and not related—to the pandemic that could be contributing to the decrease in life expectancy among Americans, said both Dr. Gladd and Dr. Kaiser. Additional factors may include vaccination rates, masking practices, local public health response to the pandemic and other social determinants of health.

"Certainly deaths directly attributed to COVID-19 infection were significant, but indirectly many patients were impacted in terms of their access to medical preventive screenings and check-ups, activity and exercise, as well as their nutrition," Dr. Gladd said.

Additional factors such as education levels and health behaviors like avoiding smoking also have an impact, Dr. Kaiser said. The health systems in place across the country may also play a role.

"Our systems aren't necessarily set up to promote healthy behaviors to help people achieve their best health and well-being," Dr. Kaiser explained. "We invest a lot more heavily in acute and rescue care as opposed to prevention. And so I think that's reflected in our lower life expectancy."

Regardless of where you live, or the presence of chronic diseases, adopting a healthy lifestyle and healthy behaviors has been shown to improve life expectancy, medical experts say.

"Many of the states with a higher life expectancy directly correlate with obesity rates. [The healthier states] have often been associated with places that cater to more active lifestyles," Dr. Gladd said. "That just means exercise like hiking and walking are more common, but everyone has opportunities to increase their exercises regardless of their locale."

Beyond exercise there are many other big and small changes that can be made, which will have a significant impact on life expectancy—even if you live in one of the states that ranked the lowest on the CDC report.

"Moving to a different state seems unrealistic and may not resolve health concerns," Dr. Lauter said. "Instead, individuals should focus on controllable lifestyle measures and practice good healthy habits."

Here are some actionable steps to improve health and lifespan, recommended by all three physicians.

Consume a balanced and healthy diet

Consuming a balanced diet with a variety of foods like leafy greens, fruits, protein, and whole grains frequently can increase life expectancy because they contain vitamins, fibers and minerals. For example, one study found a diet rich in legumes and whole grains could increase a person's life by as much as 10 years.

Exercise or get physical activity regularly/maintain a healthy weight

Experts recommend getting at least 150 minutes of moderate activity each week, which is equivalent to about 30 minutes a day. Studies have shown physical activity can reduce several major mortality risk factors including Type 2 diabetes, certain cancers, and heart disease. In some cases, those who were active decreased their risk of these fatal diseases by about 30%.

It's also suggested that people get adequate sleep each night to improve life expectancy. National guidelines recommend that on average, adults get 7 to 9 hours of sleep each night. Studies show that people with better sleep patterns have improved longevity.

People can also improve their overall health by managing stress, having a positive support system and focusing on their mental health.

Nearly 52 million people in the U.S. are impacted by mental illness, which can have an impact on life span. One study found serious mental illness can reduce life expectancy by 10 to 20 years. Still other reports indicate that social isolation can have negative impacts on overall health and can increase a person's risk of premature death.

"Getting started somewhere is the hardest and most important. Even single action lifestyle changes, such as increasing vegetable consumption or avoiding smoking, can improve life expectancy significantly," Dr. Gladd said. "Adhering to additional healthy lifestyle habits can have an even greater impact on life expectancy, regardless of geographical location." 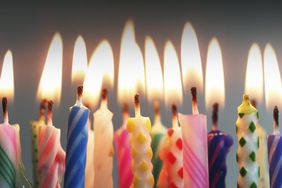