Relyvrio is the first treatment to be approved for the disease since 2017, but questions remain about its effectiveness.

Julia Ries
Julia Ries is a writer focusing on all things health and wellness. She has over 10 years of experience in health journalism, and though she has written about pretty much every health topic imaginable, her very favorite thing to write about is mental health and the many ways in which it influences how we think, feel, act, and, ultimately, live.
health's editorial guidelines
Fact checked by
Marley Hall

The Food and Drug Administration has approved a new experimental treatment for ALS, a very rare neurological disease for which there is no cure and limited treatment options.

Relyvrio—known previously as AMX0035—was given the OK by the FDA on Thursday, following a recommendation from the FDA's advisory committee.

"This approval provides another important treatment option for ALS, a life-threatening disease that currently has no cure," Billy Dunn, MD, director of the Office of Neuroscience in the FDA's Center for Drug Evaluation and Research, said in a news release.

The FDA approval came despite "residual uncertainty about the evidence of effectiveness," according to a summary memorandum about the drug. That's due to how severe and highly progressive the disease is. "Given the serious and life-threatening nature of ALS and the substantial unmet need, this level of uncertainty is acceptable in this instance," the memorandum added.

A New Drug to Treat a Devastating Disease

ALS is fatal—most people with the disease have a life expectancy of three to five years following the onset of symptoms. Most deaths occur from respiratory failure, as the muscles used to breathe atrophy.

About 5,000 people are diagnosed with ALS each year; currently, an estimated 20,000 people in the U.S. are living with the disease.

Prior to Relyvrio's approval, only two drugs were FDA-approved to treat ALS: Rilutek (riluzole), an oral medication shown to extend survival by a few months; and Radicava (edaravone), which is available in both oral suspension form and as an intravenous infusion, has also shown to slow the decline associated with the disease.

"Other than that, the treatment has been [to help improve symptoms]: physical therapy, braces to help with walking, assistive devices for those with respiratory problems," Sami Saba, MD, a neurologist at Lenox Hill Hospital, told Health.

The new drug, Relyvrio—a combination of sodium phenylbutyrate and taurursodiol—is a powder made to be mixed with water and delivered orally or via feeding tube.

The treatment works to help combat cellular death in people with ALS by preventing cellular stress and dysfunction. The two substances were previously available but taken separately by ALS patients to alleviate symptoms. The combination is considered a breakthrough in understanding and treating ALS.

"The trial on which the FDA approval was based demonstrated improved survival, as well as slower decline in functions such as walking and talking, in those taking the medication versus those receiving placebo," said Dr. Saba. " It is not a cure, but may slow the progression of the disease to some degree."

According to data shared in the FDA's news release, patients treated with Relyvrio experienced a slower rate of decline in daily functioning compared to those who received a placebo. An extension study additionally showed that the drug extended survival rates.

The side effects most commonly seen while taking Relyvrio included: diarrhea, nausea, abdominal pain, and upper respiratory tract infection. Relyvrio is also high in sodium, so patients are urged to watch their sodium intake while on the medication.

The newly-approved treatment was actually conceived more than a decade ago by two then-undergraduate students at Brown University, reported The New York Times. The two later founded Amylyx Pharmaceuticals, the manufacturer of Relyvrio.

In March 2022, the FDA reviewed available data on the drug and decided that it didn't provide substantial evidence of effectiveness.

At that time, the only available evidence was from a clinical trial that evaluated the drug in 137 patients who were followed for 24 weeks. While the study showed that the drug slowed physical decline—particularly fine-motor skill—the researchers concluded that larger and longer studies were needed to get a better idea of how the drug impacted survival rates.

In early September, the advisory committee reconvened to weigh additional evidence submitted by Amylyx. That evidence demonstrated that the drug extended survival by nearly five months in people with ALS who took the drug compared to those who took the placebo. The FDA's drug approval committee recommended approval for the drug—with the caveat that larger clinical trials must reaffirm the findings from the smaller study.

Though already approved, Relyvrio's larger study is already in the works, and Amylyx expects those results, which will look at the drug's effectiveness in 600 people, to be available in early 2024. If that study fails to show that the drug can significantly slow the degenerative disease, Amylyx will pull the drug from the market.

A Glimmer of Hope for ALS Patients

Special considerations were taken into account for Relyvrio's approval—specifically the progressive and fatal nature of the disease, and a lack of treatment options.

"Drug development for ALS has historically been slow because it has been difficult to explain the pathophysiology behind the disease," Shailesh Reddy, MD, a neuromuscular specialist and assistant professor at University of Texas's Austin Dell Medical School, told Health.

This new medication demonstrates an exciting and meaningful breakthrough in understanding and treating the disease, Dr. Reddy added.

New treatment options for ALS are so necessary that a group of doctors who treat ALS patients urged the FDA to approve Relyvrio in a letter to the agency and in testimony before the advisory committee.

"There is no cure for ALS, and most people with the disease die within 2-5 years of diagnosis," the letter reads. "The unmet need is critical and pressing. That means that therapies that provide benefit, even if the effect is incremental, need to be available to ALS specialists and neurologists who are in the front lines providing care and treatment to people with ALS."

Drugmaker Amylyx is also aware of the urgent need for new treatments. "We are working against the ALS clock and the ALS community does not have time to wait," a spokesperson for the pharmaceutical company told Health in an email.

According to Dr. Saba, now that Relyvrio is FDA-approved, ALS patients and their families should discuss the medication with their healthcare provider to weigh the risks and benefits of taking the drug.

Despite a somewhat rocky road to approval and though more data on the drug's effectiveness is necessary, the treatment is still a step forward for people affected by ALS.

"The approval of this medication is important because there are very few treatments for ALS that have shown some efficacy in slowing progression," said Dr. Saba. "Any promising drug is exciting. 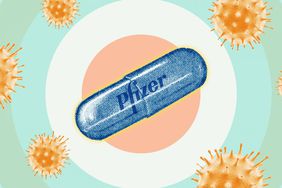