The U.S. government has a large stockpile of vaccines that protect against smallpox and monkeypox—but immunization likely won't be available (or necessary) for everyone.

Fact checked on June 2, 2022 by Vivianna Shields, a journalist and fact-checker with experience in health and wellness publishing.

As cases of monkeypox continue to spread across the globe, people have shifted their questioning from "What is it?" to "How can I protect myself?" And as it turns out, some older people in the U.S. may still be somewhat protected from the virus due to a prior vaccination: the smallpox vaccine.

The U.S. officially stopped routine smallpox vaccination in 1972, after the disease was eradicated, but because of concern for bioterrorism, the government has a large stockpile of the smallpox vaccine—enough to vaccinate all Americans who would need protection, should a future outbreak occur.

So what does this all mean for the current uptick in monkeypox cases? How much protection does a previous smallpox vaccination give to older adults at risk of monkeypox? And how does the U.S. plan to distribute these vaccines for the current outbreak? Here's what to know.

According to Newman, people who received the smallpox vaccine prior to its discontinuation in 1972 likely still have some protection against the related monkeypox virus and other orthopoxviruses—it's just not entirely clear how much.

A 2007 study published in the journal Clinical and Vaccine Immunology found that prior childhood smallpox vaccination doesn't provide complete protection against monkeypox—but it does provide partial protection. Researchers also found that, in those previously vaccinated against smallpox, those who still contracted monkeypox experienced reduced disease severity.

"Clearly protection does wane," William Schaffner, MD, professor of medicine in the Division of Infectious Diseases at the Vanderbilt University School of Medicine, told Health. "How much, and certainly how much against monkeypox, we don't know."

There are two different smallpox vaccines that the U.S. has in its stockpile that are either also approved or could be helpful against monkeypox: ACAM2000 and Jynneos. Both have been licensed by the U.S. Food and Drug Administration (FDA)—ACAM2000 in 2007 and Jynneos in 2019.

Neither of those vaccines were the specific ones used when smallpox vaccination was mandatory during the 2oth century, according to Newman. But ACAM2000 replaces Dryvax, which was licensed by the FDA in 1931 and uses the same kind of virus to create an immune response.

The ACAM2000 vaccine doesn't contain variola virus (the virus that causes smallpox), but it does contain live vaccinia virus, which is in the poxvirus family and is related to variola virus. The vaccine is approved for those who are 18 and older and at high risk for orthopoxviruses (right now, that includes people in laboratories working with orthopoxviruses and military personnel), but can be used in people exposed to monkeypox, if needed.

The vaccine is different from typical vaccines in that it doesn't include an injection. Instead, the vaccine is administered by a two-pronged (bifurcated) needle dipped in vaccine solution that then pricks the upper arm. A small, red, itchy, sore spot (known as a "pock") develops at the vaccination site, which indicates a successful vaccination. The spot will then turn into a blister, then a scab, and leaves behind a scar.

Jynneos is the newer vaccine that has been licensed in the U.S. to prevent both monkeypox and smallpox. Like ACAM2000, Jynneos is also made from the vaccinia virus, but in a modified form called "Modified Vaccinia Ankara." It's non-replicating, meaning it can't reproduce in human cells, and it doesn't cause disease. The vaccine is meant for people ages 18 and older who are at a higher risk of orthopoxviruses, and is given in two doses, four weeks apart.

According to the CDC, the smallpox vaccine is at least 85% effective in preventing monkeypox, according to past data from Africa. Meanwhile, the effectiveness of Jynneos against monkeypox was concluded from the vaccine's immunogenicity—or its ability to provoke an immune response—and effectiveness based on animal trials.

While there is a large quantity of the ACAM2000 vaccine available—more than 100 million doses—there is significantly less availability of the Jynneos vaccine, with just over 1,000 doses in the stockpile currently, though they're expected to increase.

In a Morbidity and Mortality Weekly Report (MMWR) published by the CDC on May 27, the agency accepted recommendations by the Advisory Committee on Immunization Practices to make Jynneos available to those at high risk of exposure and infection—that can mean people who study monkeypox in labs, as well as health care workers who, right now, may be dealing with the current outbreak.

The CDC is also beginning to mobilize the vaccine for monkeypox in light of the increase in cases, by focusing on those who have been directly exposed. "Right now, while we are in the early phase of investigating this, we know that those at highest risk for infection are those who had contact with a known monkeypox patient," Jennifer McQuinston, DVM, MS, a veterinarian and deputy director of the CDC's Division of High Consequence Pathogens and Pathology, told CNN. "So those are the individuals we're really focusing on recommending vaccination for right now: post-exposure vaccination."

This strategy is also known as a "ring vaccination," in which direct contacts of confirmed monkeypox patients are vaccinated. "At the time, the vaccine is available through public health for people who have had contact with confirmed or suspected cases," said Newman. "This strategy ensures everyone who has been, or could have been, exposed to a patient with smallpox receives the vaccine."

Past that, however, the vaccines will not likely be widely used in the general public. "This is not something that everybody needs," Maria Van Kerkhove, PhD, emerging diseases and zoonoses lead at the World Health Organization, said during a Q&A on social media. "It is a virus that is spreading between people who are coming in close contact with those who are cases."

Even without a nationwide vaccination effort—which, again, is unlikely to happen—there are still ways to minimize your risk of contracting monkeypox.

And as with many other viruses, practicing proper hygiene is important, too. That means washing hands with soap and water, or using an alcohol-based hand sanitizer after potential contact, as well as using personal protective equipment.

If you think you may have been exposed to monkeypox—either through travel or close contact with an infected person—you should talk to your doctor as soon as possible and isolate from others to minimize risk of transmission. 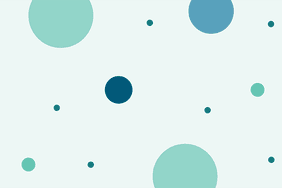