Here's the truth about lying.

Some people may call it dishonesty, and others may call it deceit, but lying—simply put—is not being truthful.

Robert Feldman, PhD, a professor of psychology at University of Massachusetts Amherst, has studied "verbal deceit." The biggest reason people are dishonest is that "lying is a very effective social tactic," Feldman said. "People don't expect to be lied to; the expectation is that they're hearing the truth from others, and so that allows people who are lying to often get away with it."

Feldman said flattery is one of the most common forms of deceit. Flattery normally entails an exaggeration of facts—"the addresser praises insincerely by showing more than the truth," according to a February 2018 English Language and Literature Studies article. As a result, people are skeptical of flattery because they know it's not always sincere. Someone may give you a false compliment to befriend you, persuade you to do them a favor, get you to confide in them, and more.

Awkwardness can come from a lot of situations. How someone fumbles around trying to kick a soccer ball into a goal or attempts to join in on a conversation where they know very little about the subject matter can make that person self-conscious. Consequently, Feldman said that lying to avoid awkwardness comes back to a want to be liked by others and to not disappoint anyone. In customer service situations, consumers may also lie to keep from making someone feel bad, according to a March 2022 Journal of Business Research article, which can be yet another facet of avoiding awkward situations.

"People lie to get others to do what they want them to do," Feldman said, using the example of a salesperson. For our purposes, let's say the person is selling a facial cleanser. They might rave about the cleanser, saying they had acne their whole life, and nothing worked to clear it until they found this product, the holy grail of facial cleansers. They might even mention that it changed their life—and it can change yours. The statement is probably not true, but the tactic is still often effective.

To Avoid a Negative Outcome

Think of a child who broke a glass, Feldman said. When their parent asks if they broke the glass, they're probably going to say no, even though it's an obvious lie. A November 2019 Journal of Youth and Adolescence study noted that because children's executive functioning gets better the older they become, the harder it is to tell when they are lying. In other words: "As we get older, we learn to be better liars," Feldman added. Further, people may continue to lie to protect themselves, but they may also lie to protect others, like if the child's older sibling says they saw the dog knock the glass over even though they know it was their sibling.

To Achieve a Positive Outcome

People may lie to get an outcome they want for themselves or others, Feldman said. Overstating experience on a resume or in a job interview is a classic way people lie to get what they want. The same goes for a person who's trying to help their friend get hired at their company. They may overstate their friend's experience to the hiring manager, saying how successful and personable they are, to increase their chances of landing the position—and landing themselves a coworker they already get along with.

To Make Yourself Look More Impressive

"People want others to like them, to admire them, to be impressed by them," Feldman explained. The concept of social desirability is a good way to understand why a person would lie to look impressive. Social desirability, according to the American Psychological Association (APA), deals with the tendency to be presented in a favorable manner. Answering questions about certain subjects (e.g., "How much do you recycle?") might lead to an individual exaggerating traits that they have or lying about traits that they don't have to gain favor with the person.

To Maintain a Previous Lie

Lies have a snowball effect, Feldman said. "If you lie about something small initially, in order to maintain that lie, you sometimes have to lie in bigger and bigger ways." Thus, it makes sense that telling lies is challenging for the person or people involved and takes a lot of cognitive effort, per a November 2017 study published in Europe's Journal of Psychology. This type of lying is played out in TV shows, movies, books, and real life. With that in mind, no lie is too small to get you caught up in others—which might make you question if avoiding the truth is really worth the trouble. 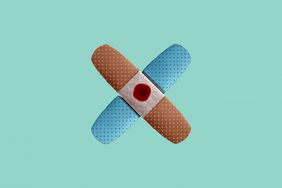 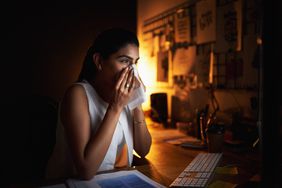