Here's how to help a friend who's way too hard on themselves.

Many of us have been there—listening to one of our friends criticize their flaws. In fact, according to one survey, 93 percent of college women between the ages of 18–23 engaged in negative discussions about their own bodies with friends, as cited in a 2019 study in the journal Body Image. Researchers call this phenomenon of making negative comments about your own appearance "fat talk."

So what should you say or do when a friend starts criticizing how they look? We spoke with experts to learn how to effectively respond to a friend who's always way too hard on their body.

When you hear a friend criticizing themselves, your immediate reflex may be to tell them they're wrong. While this may seem like the right thing to do, silencing their concerns could actually do more harm than good, said Emily T. Troscianko, PhD, Humanities Division Research Associate at the University of Oxford, and author of the "A Hunger Artist" blog. "It could easily seem like you're judging or belittling her, by essentially accusing her of making up a problem where there isn't one," Troscianko said. As a result, they'll probably stop expressing their concerns (at least around you) and internalize the concerns instead—which could be even more problematic for their mental health.

Don't Bring Yourself Down To Build Them Up, Either

Your first instinct may be to dismiss their complaints, and your second may be to counter with some of your own insecurities. To a certain degree, this odd form of empathy can be helpful, because it shows you understand at least a little of how they feel, Troscianko said. But you should still try to steer the conversation toward the positive no matter what.

For example, you could talk about your own body image struggles, but instead of focusing on how much you hate this or that about yourself, try talking about how you fight back against that negative urge. You could even ask, "What would you tell me if I said that about myself?" to help them view those criticisms from an observer's perspective, Troscianko said. "If you feel generally good about your body, tell her so, and perhaps have a talk about some of the ways you protect your own self-confidence."

Do Discuss Their Concerns

A more effective approach than contributing to the negativity is to discuss where their body hatred comes from. "You might ask her, for instance, whether she compares her body to those she sees on TV or in magazines, and if so, whether she thinks such comparisons are helpful or based in fact," Troscianko advised.

While it can be challenging, Troscianko emphasized how important it is to remind your friend (and yourself, for that matter) that the perfect, airbrushed images you see in the media aren't reality.

Once you nail down where your friend's concerns come from, it's time for a serious reality check. "We live in a culture that favors certain body sizes and shapes. However, that [image] changes over time," said Judy Scheel, PhD, an eating disorder therapist with practices in North Carolina and New York. "The body part a person is complaining about now may be what's desired in ten years."

Another reality is that, genetically, certain popularized figures may not be attainable for all bodies, Scheel explained. Bring this concept to your friend's attention, and ask them, "Do you think it makes you feel better or worse about yourself to say these things?" Help them put their concerns into perspective and question if they really want to let their self-image be defined by trends and other people.

While compliments are great, insincere ones are generally pretty easy to see through, Troscianko said. So don't overdo it by telling your friend they're the most gorgeous person on the planet—even if you believe that's true, they'll likely brush off the comment immediately.

And avoid going overboard with the frequency of praises as well: "If compliments about physical appearance, even genuine ones, come too often," Troscianko explained, "they'll reinforce her belief that her appearance matters hugely."

Do Gush Over Their Talents

Trying to help your friend refocus attention on things they do love about their body is a worthy goal, Troscianko said. But even better is helping them see how great they are outside of how they look. For example—compliment their athletic ability, their incredible cooking skills, or how valuable they are as your friend! Any of these affirmations will not only make them feel good but also remind them that physical appearance doesn't define who they are as a person.

Do Help Them Re-Discover What Their Body Can Do

Think about how amazing you feel after you work out: There's nothing like crushing three sets of squats to make you forget what others think of your body. If you think they could use a dose of empowerment, help your friend re-connect with how awesome their body is for what it can do.

One way to do that: offer to join a sports team or mind-body fitness class together. Stick with an option like yoga or Pilates that "requires developing a more sensitive awareness," Troscianko advised. This could help your friend realize there's more to their body than just the way it looks.

Finally, if you're worried your friend's comments may indicate a bigger issue, such as body dysmorphia or an eating disorder, you can find more resources at the National Eating Disorder Association. 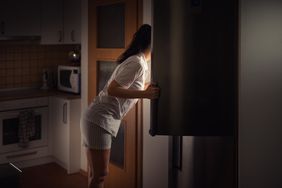 Does Exercise Boost Your Immune System?
Why Do People Ghost? Relationship Experts Weigh In 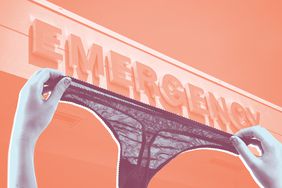 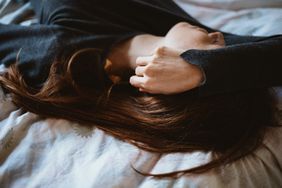