If most people added just 10 extra minutes of walking (or some other kind of moderate physical activity) every day, as a society, we could help prevent more than 110,000 deaths each year, according to new research published in JAMA Internal Medicine. It's the first study to use accelerometers—aka, activity trackers—to estimate how more physical activity could prevent deaths, while also acknowledging that increasing activity isn't always possible for everyone.

It's not a novel idea that more physical activity can add years to your life. The Centers for Disease Control and Prevention recommends all adults get at least 150 minutes of exercise each week to help reduce the risk of chronic diseases and prevent early death. But for many, those 150 minutes—which, realistically, amounts to 30 minutes a day, five days a week—is a tough target to hit. The most recent data from the CDC shows that: More than 25% of US citizens say they are not typically physically active.

To start, researchers had to determine a baseline of how current activity levels affected death rates. To do that, they looked at data from the National Health and Nutrition Examination Survey (NHANES). Between the years of 2003–2006, NHANES participants were asked to wear an accelerometer to track their physical activity for seven days; so researchers looked at 4,840 adults ages 40–85 with that accelerometer data. The researchers also cross-checked that data with information from the National Death Index, to determine which of those study participants died, and when.

For this study, researchers from the National Cancer Institute and CDC sought information on more manageable physical activity levels through more accurate reporting. "We've known from more previous work that exercise is good for us, so it was truly interesting to translate that to a specific metric and learn about the global benefits of making everyone a bit more active," Pedro F. Saint-Maurice, PhD, a postdoctoral fellow at the NCI and lead author of the study, tells Health.

Study authors then started creating hypothetical situations of increases in moderate-to-vigorous physical activity intensity (MVPA)—what would happen if people added 10, 20, or 30 more minutes to their activity levels—and how those increases might affect mortality rates. The results were pretty significant: According to the researchers, adding just 10 more minutes of MVPA a day could prevent 111,174 deaths per year; that number rose to 209,459 deaths prevented with an extra 20 minutes, and 272,297 deaths prevented with an extra 30 minutes.

While the data focuses on deaths at a population level, the researchers say its conclusions are applicable to your everyday life. Ahead is everything you need to know about those extra ten minutes of exercise—including how to incorporate them into your routine.

How To Add More Movement to Your Daily Routine

If you haven't been active in a while, this research gives you the go-ahead to start small: "For someone who doesn't exercise a lot, making a big change can feel insurmountable," Mercedes Carnethon, PhD, professor of preventive medicine and medicine at Northwestern University Feinberg School of Medicine, tells Health. "People have to feel empowered, like they can actually make a change, and small increments of moderate or vigorous activity are far less disruptive to people's days."

A walk could be a good way to start the day or boost your energy in the afternoon, but there are two things to remember: First, you want to make it a brisk one—you want to engage in a moderate-to-vigorous activity. An activity tracker can help here, but it's not necessary. "The best indication you're doing a moderate or vigorous activity is being relatively short of breath, where you'd struggle to maintain a conversation," says Carnethon.

Then, whatever form of physical activity you choose, you'll want to make sure to stick with it. "People successful in building habits integrate them into their lifestyle at a time and place that's going to work for them," she says. "It's best to couple it with something you know for sure you'll do every day." For example, if you already have a habit of getting up at 6 AM and having breakfast at 7 AM, set a goal of exercising for 10 minutes in between waking up and eating.

You can also use your environment to get in more physical activity, instead of a dedicated exercise routine: Parking your car farther away at the store and briskly walking through the lot is a good option, or simply using the stairs instead of the elevator or escalator. Whatever you do, "Know that those ten minutes count," Saint-Maurice says. "It's a small improvement, but if you start there, it's easier to keep going and add more."

Walking is often highlighted as a life-prolonging exercise, but according to Berrigan, it's probably because it's the most common form of activity people do. It's important to know that you can benefit from any type of activity, so long as you move more and sit less. So those who either can't walk or don't enjoy walking can still reap the benefits: "Any exercise is good for you, and everything counts," says Saint-Maurice.

If you don't like walking, or you just want to mix things up, it's crucial to find an activity you enjoy, like cycling, hiking, dancing, or playing sports—anything that moves your muscles. "What's important is to find what works best for you," Saint-Maurice says.

For those who have physical limitations, the National Center on Health, Physical Activity and Disability has a playlist of exercise-from-home videos, or you can participate in NCHPAD's free web-based exercise program for people with disabilities and chronic health conditions. If you're still not sure where to start, talk to your health care provider about the best exercise options for you. 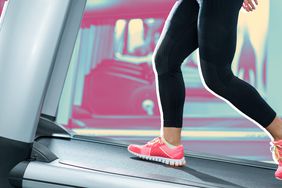 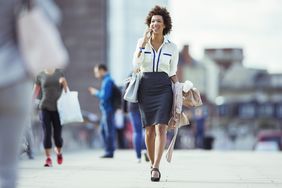 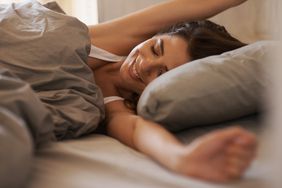 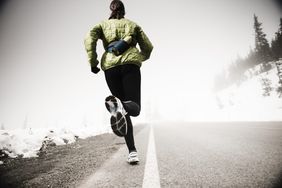