Women are drastically more likely to develop a mental disorder at some point in their lives if they have been the victim of rape, sexual assault, stalking, or intimate-partner violence, according to a new study in the Journal of the American Medical Association.

TUESDAY, August 2, 2011 (Health.com) — Women are drastically more likely to develop a mental disorder at some point in their lives if they have been the victim of rape, sexual assault, stalking, or intimate-partner violence, according to a new study in the Journal of the American Medical Association.

While the connection between these harrowing experiences and poor mental health is hardly surprising, experts say the new findings highlight just how strongly the two problems are intertwined—and how important it is for doctors and other health-care workers to ask women about past episodes of violence, even if they happened years ago.

"When professionals are treating women with depression or mental health issues, it's best to be clued in to the fact that violence might be behind [it]," says Andrea Gielen, Sc.D., director for the Center for Injury Research and Policy at Johns Hopkins University, in Baltimore, who was not involved in the study.

Researchers in Australia analyzed health data from a nationally representative sample of Australian women between the ages of 16 and 85. Episodes of sexual assault, stalking, and other "gender-based violence" were all too common, with 27% of the group reporting at least one episode of abuse.

Fifty-seven percent of the women with a history of abuse also had a history of depression, bipolar disorder, post-traumatic stress, substance abuse, or anxiety (including panic disorder and obsessive-compulsive disorder), versus 28% of the women who had not experienced gender-based violence.

Among women who had been exposed to at least three different types of violence, the rate of mental disorders or substance abuse rose to 89%.

"The extent and strength of the association we found was surprising and very concerning," says lead author Susan Rees, PhD, a senior research fellow in psychiatry at the University of New South Wales, in Sydney.

Rees and her colleagues can't say for sure whether the mental health problems in the study were triggered by the violence, or whether women with preexisting mental health issues were more likely to experience violence. (They did, however, control for a range of potential mitigating factors, including socioeconomic status and a family history of psychiatric problems.)

Rates of gender-based violence in the U.S. and Australia are comparable, so a study of this kind conducted in the U.S. would likely yield similar results, Rees says. Roughly one-fifth of women in the U.S. say they have experienced intimate-partner violence (which includes domestic abuse), stalking, or both, and 17% say they have been victims of rape or attempted rape, according to the study.

The findings drive home that violence against women is a major public health concern. "It underscores the impact on society as more than just the immediate consequences, more than just treating women in an emergency department for a violent injury," Gielen says.

Mental health specialists and providers of women's health services should collaborate and develop a unified approach to more effectively screen and treat mental health problems in women who have experienced violence, Rees and her colleagues say.

The U.S. has already taken a promising step in this direction, Gielen says. On Monday, the U.S. Department of Health and Human Services issued new guidelines for preventive care for women that, among other things, require all new health plans to offer no-cost domestic-violence screenings to women beginning in August 2012.

"Almost every public health organization in the country recommends screening for violence, so we're in a really good situation to really move forward," Gielen says. "The big challenge, though, is to work toward what happens after screening: How do we make [screenings] maximally effective, to make sure they really help women?"

Those questions may soon be addressed in the federal Violence Against Women Act, which is up for reauthorization this year. The renewal of the law may provide opportunities for grants, community interventions, and training programs for mental health professionals, Gielen says.

"I think this study really sets up a very hopeful future for providing help to these women who really need it," she says. 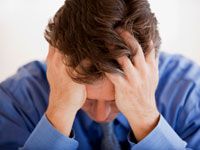 More Often Than Not, Brain Injuries Lead to Depression 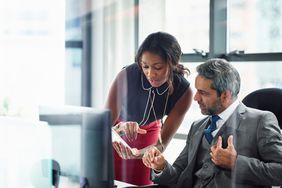 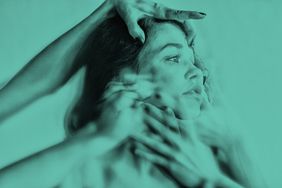