In public surveys, Americans consistently place cancer, heart disease, obesity, and diabetes at the top of their list of health concerns. It’s not surprising that people are worried about these epidemic conditions, but there are plenty of more personal (and less rational) health fears that nag at us every day—yet seldom turn up in surveys.

cyberchondria suggests that the Web has a way of convincing people that minor symptoms are potentially lethal. The staff at Health.com may be indirectly responsible for the spread of cyberchondria—but we also suffer from it. In this slideshow, our staff members describe their secret health fears.

Contaminated drinking water. Ever since the nineties, when bottled water burst onto the scene, I’ve eyed tap water with fear and suspicion. I won’t even drink unfiltered tap water from my own home; I use a Brita pitcher.

Reality check: Rosanne’s fear isn’t that irrational. In 2008, the Associated Press reported that a “vast array of pharmaceuticals” (including antibiotics, anticonvulsants, and sex hormones) had been discovered in the drinking water of at least 46 million Americans. (The unmetabolized drug residues made their way from humans to wastewater and into reservoirs and watersheds.) The drug amounts are so tiny as to be harmless in any one dose, but some experts are concerned about the cumulative exposure.

Infertility. After going off the Pill about five months ago, I find myself stuck in an inexplicable state of anovulation, a primary cause of infertility. At this point, my body may still be taking its sweet time to return to normal after nearly a decade of oral contraceptives. My doctor has already tested my estrogen, thyroid, and prolactin levels: normal, normal, and normal. More diagnostic tests await if nature fails to take its course in the next few weeks.

Reality check: A national survey conducted by the Centers for Disease Control and Prevention found that from 1995 to 2002, the percentage of female college graduates ages 22 to 29 who received fertility treatments doubled, to 23%. Women of any age can fail to conceive; according to the American Society for Reproductive Medicine, nearly 1 in 10 married women between the ages of 25 and 29 (Angela’s demographic) are infertile.

That one of my kids will get a terminal illness. Just call me a “family hypochondriac.” At the first sign of a stomachache or headache, I rush my kids to the doctor, worrying about everything from food poisoning to brain cancer. Two of my three kids have had MRIs in the last year. I’m not joking. My pediatrician ordered one after my 8-year-old started blinking repeatedly and briefly lost his peripheral vision. (It turned out to be nothing.) Then my 5-year-old had one because he had undiagnosed strep and started exhibiting signs of PANDAS. (He was fine too.)

Reality check: Worrying about potentially serious symptoms is only natural, and they shouldn’t be ignored. But research shows that the number of trips kids make to the pediatrician also depends on how the parent feels. A 2003 study in the Journal of Pediatric Psychology examined the use of pediatric services among a group of upper-middle-class mothers (and a few fathers). If one compares two equally healthy children, the researchers found, the child whose mother is more stressed out and more confident in her parenting ability is likely to visit the doctor more often.

Going blind. I got glasses in kindergarten, contacts at age 10, and then at age 24, I had to switch back to glasses. I was legally blind (my prescription was -11) and wore coke bottles for years. In 1998 I had LASIK surgery twice (the first time didn’t do the trick). I enjoy darn good vision now, but I think my left eye is getting fuzzier and fuzzier...

Reality check: The diminishing effectiveness of LASIK surgery over time, known as “regression,” is uncommon but not unheard of, especially in people with strong prescriptions. A 2008 study in the American Journal of Ophthalmology examined people with presurgery prescriptions of up to -10 who had undergone LASIK 10 years earlier. At the 10-year mark, 8% of the total eyes that were operated on had regressed from 20/20 to a prescription of +/- 2.

Childbirth. I have vivid dreams about being pregnant and having a painful delivery; they are so disturbing that they’ve woken me up. I am not pregnant, nor do I have any immediate plans to be, but the thought of it scares me so much that I question whether I’d actually be able to do it. Also, the sight of a needle makes me cry, so knowing that I would probably have a giant one stuck in my back only adds to my fears.

Reality check: A 2004 study in Birth of more than 2,500 mothers suggested that pregnancy fears might be a self-fulfilling prophecy. Women who expected to feel the “worst imaginable” pain during labor had a 60% greater chance of having a negative childbirth experience compared to those who were optimistic. A woman’s overall expectation for giving birth was even more predictive: Those who expected a negative experience were over 2.5 times more likely to actually have one.

Eating a bug. When I was younger, I mistook a bug in my salad for a raisin, and I almost ate it. Since then, I won’t put raisins (even though I like them) or any other food resembling a bug in my salad, because I’m scared of accidentally eating a critter. Even though I’ve probably eaten a bug at some point in my life, I’m terrified I will eat one and become deathly ill.

Reality check: Eating a bug won’t kill you (usually). According to the USDA, there are nearly 1,500 recorded species of edible insects, and probably many more that haven’t been sampled yet. There’s even the popular Eat-a-Bug Cookbook by David George Gordon (be sure to try the “Sweet and Sour Silkworm”). And in any six 100-gram samples of chocolate, the FDA allows up to an average of 60 insect fragments.

Dirty hands on the subway. One day, while riding a crowded train, my boyfriend tried to brush a piece of hair out of my eyes, and I freaked out that his hands were going from the germy pole to my face. Never mind that I myself was leaning against the same pole and probably hadn’t washed my hands for several hours (nor that I once touched my tongue to a subway pole to win a scavenger hunt). The hand-to-face thing just really bothers me.

Reality check: There’s no doubt that those subway poles are covered with bacteria, and crowded, enclosed spaces are some of the best places for germs to travel. But when University of Arizona microbiologist Chuck Gerba tested the New York City subway, he found that there are actually higher levels of bacteria on planes, trains, and buses. And if Amanda is going to be a germaphobe, she should really pay more attention to the germiest places in America.

Obsessive-compulsive disorder (OCD). As I child I couldn’t fall asleep at night unless my room was in perfect order. And if a stray mark ever graced my high school notebooks, I’d have to rewrite everything over on a clean sheet. I’ve since become considerably more slovenly—my roommate rejoices in that, I’m sure—but I still worry that if I were to see a psychiatrist, he’d slap me with an OCD diagnosis. Besides, isn’t the fact that I obsess over a potential OCD diagnosis pretty revealing?

Reality check: More than two million American adults meet the diagnostic criteria for OCD. There are millions more who exhibit some of the characteristics and behaviors associated with OCD (a preoccupation with order and repeatedly checking or counting things) who don’t qualify as obsessive-compulsive in a clinical sense. The key distinction is that, for a true diagnosis, the so-called rituals of OCD must interfere with the individual’s everyday life and cause distress.

Losing a digit to the weather. Extreme cold has always terrified me, ever since as a kid I first felt the effects of frostbite on my tiny skier’s toes. Later, I saw pictures of mountain climbers’ blackened faces and realized people lose body parts that way. I’ve learned over time that I get cold much more easily than other people (and I’ve also lost some skin to cancer), so I don’t think it’s irrational that I fear for my fingers and toes.

Reality check: The blackened faces found in old back issues of National Geographic are actually the result of very severe frostbite that has led to gangrene. Frostbite that bad is hard to come by, but Sally’s right that her fear isn’t entirely irrational. Some people are more susceptible than others to frostbite, a condition caused by inadequate circulation. People who take beta-blockers for blood pressure, smokers, diabetics, and people with peripheral arterial disease are all at greater risk and should take extra care to protect themselves from the cold during outdoor activities.

Choking on food. When I was a teenager my mom started to choke—total airway blockage—on dinner. It was completely terrifying. I had recently read my dad’s medical journal about the Heimlich maneuver and was out of my chair to try it when she coughed up the food on her own. I’ve never forgotten it, and not a week goes by that I don’t worry about choking on something. Like any dad, I used to watch my kids like a hawk for the same reason.

Reality check: Choking on food is a life-threatening emergency. About 4,000 people die by choking each year, including more than 800 children under the age of 14. To protect yourself and your family, print out Heimlich instructions (the maneuver can be performed solo) and learn how to avoid choking in the first place.

A crippling knee injury. At 16, I watched my best friend on my high school soccer team tear her anterior cruciate ligament (ACL). About a year later, back on the field after a long recovery, she went down again. She should have been the star defender for our senior season, but instead she was reduced to cheerleader. Bad knees run in my family, so ever since then I’ve been on the lookout for freak twists, collisions, and falls.

Reality check: Between 100,000 and 250,000 people tear their ACLs a year, and the majority of those people are women between the ages of 15 and 44. A May 2008 report in the New York Times Magazine suggested that young women athletes are particularly susceptible to serious knee injuries. Learn ways to minimize the risk of a serious knee injury. 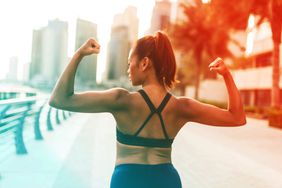 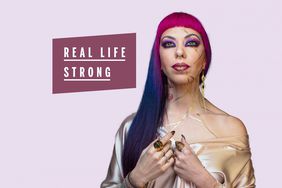 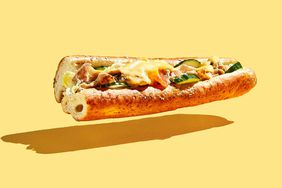 Is Subway Healthy? Here's What You Should Know, According to a Nutritionist
My Doctor Dismissed My MS Symptoms as 'Stress'—Even Though My Body Was Going Numb 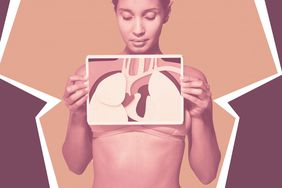