What this and other crucial issues mean to trans lives.

Right now, it's Transgender Week of Visibility (March 24-March 31). And with anti-trans legislation pending in states across the country, the annual event is framed this year around taking action.

On Monday, Arkansas became the first state to pass a bill banning doctors from providing or offering referrals to gender-affirming medical care like puberty blockers and hormone treatments to children under 18—treatments which are crucial for the mental health of trans youth, some medical groups say. More than 20 states are proposing similar action, according to the American Civil Liberties Union (ACLU). On March 25, Arkansas became the second state to ban trans girl student athletes from joining female sport teams. Several other states are expected to follow suit.

With these proposed laws being debated around the country and violence against trans individuals continuing at alarming rates, six transgender activists took to social media to voice why Transgender Week of Visibility is crucial for trans lives.

Chase Strangio (he/him) is a transgender lawyer and activist working with the ACLU. Along with Raquel Willis, Strangio is a main organizer of Transgender Week of Action, calling to stop bills that bar transgender girls from joining female student sport teams and ban doctors from offering affirming procedures and medication. In a recent Instagram post, Strangio is seen holding a sheet of paper stating "Gender-affirming care saved my life. Do not make this care a crime." Writes Strangio: "Today we are mobilizing to #ProtectTransKids. "This care is life-saving and the only reason lawmakers are trying to criminalize it is that they do not want to see us live and thrive."

Through a series of conversations, social media infographics, and scripts for people to use when they call their local legislators, Raquel Willis (she/her), along with Chase Strangio, is uniting trans and cis allies to push for change. "The fight is going to continue [even after the 2020 election]," Willis said in her Instagram video with Strangio.

Chris Mosier (he/him) is a triathlete and the first transgender athlete to qualify for the Olympic trials as his identified gender. He revealed in an Instagram post that his top surgery was "lifesaving care." Mosier wrote: "Right now, bills across the country seek to criminalize gender-affirming care for young people, including top surgery like I had (in Florida, where I had it) as well as blockers, hormones, and other affirming care. Denying trans people care does not make them 'not trans'—it simply makes life incredibly difficult, uncomfortable, and more challenging."

Schuyler Bailar (he/him), the first openly transgender NCAA Division I swimmer, provides on his website a list of resources to fight against anti-transgender legislation. Bailar crossed out the word "visibility" and replaced it with "action" in an Instagram post, informing his followers that visibility for transgender individuals simply isn't enough when lives are in danger. "Visibility is wonderful, empowering, and lifesaving," said Bailar in an Instagram post. "But right now, at least 25 U.S. states are proposing anti-trans bills, most of which attack children. SO WE NEED ACTION, TOO."

Trans activist Bamby Salcedo (she/her) is an outspoken supporter of the TransLatin@ Coalition and an acclaimed speaker addressing trans youth. She is committed to ending violence against trans individuals—and she herself has experienced violence due to her gender identity. "Trans people deserve to live in a world without violence. #theviolencestopswithyou! All of us can contribute to have a safe society because #TransPeopleDeserveToLive!" Salcedo says in an Instagram post. "I will always use my #TransLatinaPower to ensure that all peoples get dignity and equity in our society."

Chella Man (he/him) is a genderqueer deaf activist and model who is known for using his platform to uplift queer and deaf/hard of hearing voices. "We all deserve access to healthcare and the opportunity to follow our dreams, but the transgender community is under attack by politicians trying to pass hateful laws," wrote Chella in an Instagram post. Chella signs in American Sign Language in an Instagram video calling for support of fellow activists Chase Strangio and Raquel Willis to fight against anti-trans legislation. "Let's work to stop these laws by calling lawmakers and telling them to end these attacks on the community," he wrote. "Protect trans lives now and forever." 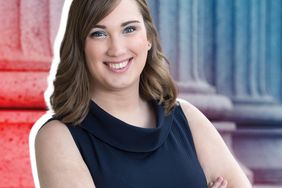 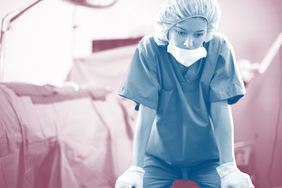 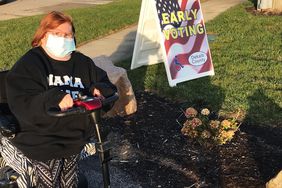 Heteroflexible: Here's What It Means