It's all about the gray area between sexual and asexual—let us explain.

"People who call themselves graysexual tend to feel sexual attraction rarely, at a low level of intensity, and/or only in very specific situations," Sarah Melancon, PhD, a sociologist, clinical sexologist, and sexuality and relationship expert for SexToyCollective.com, told Health.

Like many sexual identity terms, it's not clear when graysexuality was first coined, but it's been used in the asexual community for several years. In a 2015 Mic article, sexuality educator Sari Locker argued that graysexuals "feel they are within the gray area between asexuality and more typical sexual interest."

"Graysexuality is a close cousin of asexuality," said Melancon—tied to the same general category but still different from one another.

5 Things You Need to Know About Being Asexual

But what does it mean to be asexual? According to the Asexuality Visibility and Education Network (AVEN), an asexual person experiences little to no sexual attraction. The opposite of asexual is sexual, which is also referred to as allosexual. So graysexual falls somewhere between the two, stemming from the idea that sexuality isn't black and white, and that many people fall into this "gray area."

"These identity categories are not absolutes but reflect how people see themselves and what terms they prefer to describe their experience," said Melancon.

What Does It Mean to Be Allosexual? Here's What You Need to Know, According to Experts

Of note, it's important to know that there's a distinction between sexual attraction and the experience of low libido when it comes to graysexuality and romantic feelings. While those who identify as graysexual may feel little sexual attraction to others, this does not necessarily mean that they automatically have a lower interest in sex. Hence, having low libido is not a direct marker of graysexuality.

What's the Difference Between Asexual and Aromantic? We Called in the Experts

Like most sexual identities, graysexuality isn't widely discussed or accepted as being "normal." This can make coming out as graysexual challenging and scary. Beverly D Buchanan, a licensed marriage and family therapist based in Minnesota, advised taking a small step, getting comfortable, then taking another small step.

"For the more introverted individual, I would suggest they read and process and then read some more. A lot of people will tell them to 'get out there' and 'find their people,' but that is very daunting when they feel like they are a unicorn in a world of horses," Buchanan told Health. "It's easier to 'get out there' once you have enough information to feel secure in your identity, or at least secure enough to talk about your struggle with or curiosity about your identity."

The next step is looking for ways to connect with other graysexual people, such as on social media or online forums. AVEN is inclusive of graysexual folks; the group has an entire forum called The Gray Area, Sex, and Related Discussions, where members can discuss topics and experiences in the gray area.

If you're a more extroverted type, you may need to jump straight to the meet-up section of the forum to feel connected and recharge with others, said Buchanan.

What Does It Mean to Be Androsexual? Here's What Experts Say

If you identify as graysexual and are in a relationship with somebody who is at the other end of the asexual-sexual spectrum, communication is crucial, said Buchanan. Try to have honest conversations about how often you both need/want to have sex, and discuss activities that may be satisfying alternatives to sex, like cuddling or massage.

As a therapist who has specialized in couples work, Missouri-based counselor Molly Lyons has seen that even in couples who are highly matched, small differences when it comes to romantic and sexual needs can have a large impact over time. "Every couple I have met has had some difference in their sexual preferences and needs and that can have a large impact if not discussed intentionally," she told Health. "The key to managing conflict is constantly talking, making compromises and negotiations, and validating and empathizing with your partner."

Though it falls under the umbrella of asexuality, graysexuality is separate. A person who identifies as graysexual has limited experiences of sexual attraction. They may or may not consider graysexuality to be their only or main identity. Being in a relationship where you or your partner is graysexual requires good communication and understanding. Additionally, it's good to learn more about the identity and find support in others if you identify as graysexual.

What Does Heteroflexible Mean? Here's How Experts Define It

What Is Gynesexual? How Does It Differ From Gynephilia?
23 LGBTQ+ Pride Flags and What They Represent

What Does It Mean to Be Biromantic? 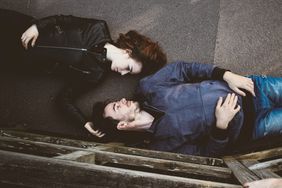