Janira Obregon has spent her entire life proving that just because she uses a wheelchair, her drive to reach her goals and dreams shouldn't be underestimated.

The 23-year-old from New York has spastic quadriplegia cerebral palsy, which means she has difficulty using all four of her limbs. The condition might sound like a setback. But Obregon has succeeded at pretty much everything she's set her sights on, including modeling—she's now a model at the We Speak Model Management. Here, she talks to Health about her journey so far.

At six months old, Obregon was diagnosed with spastic quadriplegia cerebral palsy, after her mother noticed she wasn't developing the way other babies her age were supposed to. Relying on a wheelchair for mobility, she attended a school for children with special needs until high school, when she decided to switch to a public high school.

How This Woman Quit Being Self-Conscious of Her Cerebral Palsy: 'I Used to Hide Away'

"When I got to high school, I went to a local high school because I wanted to get my diploma like any regular student," says Obregon. "So I kind of had to work harder and go the extra mile to get my high school diploma. And despite everything, I graduated in the top four of my class."

After getting the accommodations she needed in college, she excelled in all her classes and even made the National Honor Society. But one of her proudest moments came when she realized the difference she could make by changing the perception of disabled people.

"I had a teacher in one of my classes who apologized at the end of one of the semesters because he said he underestimated me and didn't know how much a person with disabilities could succeed the way I did," she says. "With his apology, it really made me realize that I could change someone's thoughts and views on people with disabilities."

With that, Obregon began looking for ways represent others with disabilities—and the perfect opportunity found her. In 2017, an agency called Runway of Dreams reached out to her about doing a photo shoot. The organization advocates for people with disabilities in the fashion industry, and Obregon was excited about the opportunity to get involved.

After her shoot, the organization reached out again and asked her about participating in their New York Fashion Week show in September 2018. Obregon landed a spot on Nike's runway, modeling their adaptive clothing line. This was her first time on the runway, and it set her on the model track she's on today.

"Growing up, I never saw other kids like me in such events, or movies, magazines, etc," she says. "I'm glad I get to be a model, to show that people with disabilities can do anything we set our minds to."

Obregon works with We Speak Model Management, an agency that represents models of all sizes, shapes, and backgrounds. Her goal is to continue to grow in the modeling industry and encourage people to accept different types of beauty.

"When someone sees a model who looks like them, they're not just seeing a model, they're seeing a part of themselves," says Obregon. "They see possibilities for their future in a world that's saying yes, we want you here. You are wanted. Representation is important. And it's why modeling is so essential to me. 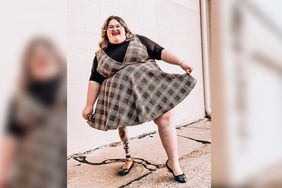 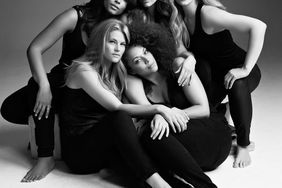 The Awesome Way These 5 Models Are Celebrating Their Curves