What do I do if a healthcare provider doubts or dismisses my symptoms?

Paige Lovellette, PharmD, is a board-certified pharmacist and community pharmacy manager in Massachusetts.

Several years ago, Deborah J. Cohan went to her primary care doctor with excruciating pain throughout her midsection. "I wasn't able to stand up straight. Eating and going to the bathroom were uncomfortable," Cohan, who lives in South Carolina, told Health. She had a hunch it was gynecological, but her doctor dismissed the idea. Instead, declaring it to be back pain, her doctor prescribed Cohan muscle relaxants.

A few days later, Cohan's pain was so bad that she went to the ER. But instead of getting help, she only encountered more pushback.

The doctor on duty confidently announced that Cohan had uterine fibroids, non-cancerous growths in the uterus. When Cohan pointed out that she didn't have a uterus anymore—it had been removed in that same hospital the year before—"the doctor was adamant I was mistaken," she remembered.

Not until Cohan's OB-GYN came onto the scene was the correct diagnosis finally made. Cohan's ovaries had twisted and fallen from their normal position—a condition called ovarian torsion. It's considered a medical emergency and, if left untreated, can be fatal.

After immediate surgery to remove both her ovaries, Cohan recuperated quickly. Still, "this experience confirmed what I've long believed," said Cohan. "Women need to embrace, trust, own, and protect their own bodies."

In other words, providers won't always do that for you. Your healthcare provider might even try to gaslight you.

Gaslighting happens when one person tries to convince another to second-guess their instincts and doubt their perception that something is real. For example, medical gaslighting occurs when healthcare professionals downplay or blow off symptoms you know you're feeling and instead try to convince you they're caused by something else—or even that you're imagining them.

As the #MeToo movement brought allegations of sexual harassment and sexual assault into the daylight, it illuminated another unsettling gender-based offense: how healthcare professionals sometimes ignore, undertreat, or misdiagnose women's health issues.

"It's a true phenomenon," G. Thomas Ruiz, MD, lead OB-GYN at MemorialCare Orange Coast Medical Center in Fountain Valley, Calif., told Health. "Gender bias is a harsh opinion as to why [it happens], but there's some pretty good research to support that."

Granted, some gynecological disorders, like endometriosis, are notoriously tricky to diagnose. But it's not just women's health issues that some healthcare professionals tend to downplay.

For instance, women are less likely to receive ICU treatment regardless of disease severity, according to research published in Intensive Care Medicine in April 2021. The study found that the underuse of ICU care was most prominent in women under 45 years old.

Also, according to a September 2021 study published in Clinics in Chest Medicine, male patients gain admission to the ICU and use its resources more than female patients. This is also true in the medical system overall, as men, especially younger men, use more hospital services and get into more accidents than women.

"Because of the ubiquity of the message—that pain is a normal part of womanhood or girlhood—we have a systemic, societal problem where we all, doctors included, aren't good at sorting out the normal from the abnormal for women's health," Erin Jackson, a healthcare attorney and founder of Inspire Santé, a pelvic pain nonprofit organization, told Health. "Women's veracious complaints of symptoms or illness may be labeled whiny, and we don't trust women to be the experts in their bodies' experiences and autonomy."

'Being Told That I Was Fine Was Terrifying'

For 10 years, physicians told Jackson that her "stabbing, burning, and tingling" pelvic pain was nothing to worry about. Despite severe cramps, vulvar swelling, and aches in her lower back, "I was told nothing was wrong or encouraged to seek psychiatric care," said Jackson. "Being told I was fine was terrifying."

Desperate for answers, Jackson consulted with a "double-digit" number of doctors. Many insisted she was perfectly healthy, assured her that her pain was "just bad periods," or urged her to manage her stress better.

"I've never felt so scared as when I was in the ER and felt that because the doctor wasn't listening to me, the doctor couldn't help me—but there was nowhere else to go," said Jackson.

After finding a provider who didn't think her pain was all in her head and referred her to a pelvic floor physical therapist, she's since become pain-free. But through her nonprofit, "I've heard from women whose experiences are so similar to my own that I could've written the story," said Jackson.

Many, she says, are repeatedly told by their doctors that painful periods and sex are simply "normal." "If you don't speak up for yourself or how much pain you're in, [your issue] may go overlooked," Yvonne Bohn, MD, OB-GYN at Providence Saint John's Health Center in Santa Monica, Calif., told Health.

An ad for Orilissa, the first-ever FDA-approved oral drug for endometriosis pain, even plays on that theme. "Any pain?" a doctor asks a female patient who's come in for a checkup. "Kinda," the woman shrugs apologetically. It's not until her inner voice comes to life and shouts at her, "Speak up!" that she finally does.

Of course, anyone can experience medical gaslighting. But research shows that women and other marginalized groups, such as people of color and the LGBTQ+ community, are affected by it.

The 2015 U.S. Transgender Survey found that a third of transgender people who saw a healthcare provider in the prior year had at least one negative experience, such as being verbally harassed or refused treatment.

And a 2022 study compared the medical health records of Black patients with White patients. Researchers found that Black patients had 2.54 times the odds of having at least one negative descriptor in the history and physical notes, which can affect the treatment they receive from healthcare providers.

How To Be Heard

Think your healthcare provider is gaslighting you? Here's what to do.

Find a provider you bond with. "You shouldn't be looking for someone you want to have drinks with. That isn't the goal," said Dr. Bohn. "But you do want someone who is honest and direct" and truly listens to you when you speak.

Prioritize your concerns. "As physicians, we're under a lot of pressure," said Dr. Bohn. "We have too many patients and not enough time." If you come to an appointment with a list of 15 questions, your providers may struggle to get to them all. Instead, focus on a few of your most urgent concerns. You can send your questions beforehand, and your concerns should be handled.

Advocate for yourself. "If you don't believe the first opinion you get, get a second," said Dr. Ruiz. In some cases, you may need to insist on a consult with a women's health professional.

And don't necessarily steer clear of male providers. "I know as many insensitive female OB-GYNs as male OB-GYNs," said Dr. Ruiz. "Find a physician who listens to you and takes your complaints seriously."

Medical gaslighting happens when healthcare professionals dismiss symptoms you report to them or don't take you seriously. There is research to support that medical gaslighting or medical gender bias does occur. This bias can cause healthcare professionals to ignore, undertreat, or misdiagnose health issues that women experience. This bias can occur with other marginalized groups as well.

If you think your healthcare provider is gaslighting you, find a provider you bond with, prioritize your concerns when meeting with them, and advocate for yourself. 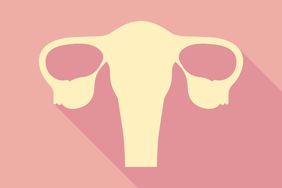