Experts suggest how this could happen and why.

Twenty-three-year-old Michelle Carter was released from prison less than a year after serving her full 15-month sentence. In 2014, at 17 years old, Carter was convicted of involuntary manslaughter after her boyfriend, Conrad Roy III, who was 18, died by suicide via carbon monoxide poisoning in his truck. A Massachusetts jury found "sufficient evidence that Carter caused Conrad's death by wantonly and recklessly assisting him in poisoning himself with carbon monoxide." The case drew national revulsion and eventually became the subject of an HBO documentary, I Love You, Now Die: The Commonwealth vs. Michelle Carter.

Carter was the first young woman to be charged with egging someone on to their death—but then there was another. In the fall of 2019, just five years after Carter's conviction, Inyoung You, 21, a former Boston College student and resident of South Korea, was charged for sending text messages so vile they resulted in suicide.

In 2019, Alexander Urtula was supposed to walk in the commencement ceremony at Boston College on May 20. He never made it to the stage. Instead, 90 minutes before the ceremony, with his family waiting for him to arrive, the 22-year-old jumped off the roof of a parking garage in Roxbury, Mass, just like his girlfriend had suggested—at least that's what Suffolk County District Attorney Rachel Rollins believes happened.

Rollins charged Inyoung You of pushing Urtula to his death, not physically but psychologically through text messages—thousands and thousands of reportedly cruel, heartless text messages. Just like Michelle Carter's case.

When looking through Urtula's phone after his death, investigators found that the couple had exchanged more than 75,000 text messages over the course of their 18-month relationship. You had sent more than 47,000, and according to the DA, many of her messages suggested that Urtula "go kill himself" or "go die," and they told him that she, his family, and the world would be better off without him.

RELATED: Why Do People Cheat? A Sex Therapist Has Some Fascinating Insight

You's verbal and psychological abuse allegedly put Urtula into a depression so deep that it made him suicidal. Even when she was aware of his precarious mental state, she didn't let up. "The abuse became more frequent, more powerful, and more demeaning in the days and hours leading up to Mr. Urtula's death," stated the DA's office. On the day that Urtula killed himself, You had reportedly used her phone to track his location, and she was in the parking garage as he ultimately ended his young life.

While authorities agree that Urtula was the one who jumped, a Boston grand jury has indicted You for wanton and reckless behavior, creating "life-threatening conditions for Mr. Urtula that she had a legal duty to alleviate, which she failed to do." And most of that abuse was done via cell phone.

Is This a Trend?

Roy's death inspired a Massachusetts state bill known as Conrad's Law, which would make it a crime, punishable by up to five years in prison, for anyone who "intentionally coerces or encourages" a suicide or a suicide attempt. In the wake of Urtula's death, the law seems prescient and important. If two young women could have allegedly encouraged their boyfriends to their ends, could others? What could make someone so callous and cruel?

The easiest answer—and in some ways, the most comforting—is that a person who could do this is simply a psychopath. As anyone who has watched enough Forensic Files knows, a psychopath is someone who "has exhibited persistent antisocial behavior, usually characterized by callous and unemotional traits," Mitch Prinstein, PhD, an assistant dean at the University of North Carolina, Chapel Hill, and an expert in psychopathy tells Health.

Prinstein, however, is hesitant to assign You or Carter that diagnosis. "Unless there was evidence that they were purposefully trying to manipulate someone to make them end their lives, [it's not] necessarily psychopathy," he explains. "It may be that [they] did not think through the consequences of their actions," he says and didn't think to contact others to help their partners, who were suffering.

Wendy L. Patrick, PhD, a behavioral health specialist and career prosecutor based in San Diego, came to a similar thought in her Psychology Today article in response to Carter's case. When reached for comment, she pointed to a 2016 study by Diane Felmlee and Robert Faris published in Social Psychology Quarterly. "They found online aggression to be more likely between individuals with close, intimate ties, as compared to individuals with more distant connections," she tells Health.

RELATED: What's the Difference Between a Psychopath and a Sociopath? An Expert Weights In

She also notes that texting someone instead of talking to them can result in a decline in reflective thought and poor judgments, and can lead to "moral and cognitive 'shallowness." She pointed to research from 2017 on the "shallowing hypothesis" by Logan E. Annisette and Kathryn D. Lafreniere, PhD, which showed "that frequent texters were less likely to engage in reflective thought and viewed moral life goals as less important."

It's provocative to think that technology is at the root of all evil, and if cell phones didn't exist, the tragic results could have been avoided. However, when reached for comment, Lafreniere, one of the shallowing study's authors and a professor of psychology at the University of Windsor, in Canada, wasn't sure her study applied to Carter's and You's cases.

"Our study had more to do with an association between texting and social media use and more shallow values, like being image-conscious and hedonistic. People who stage their lives to appear flawless, carefully curating their selfies and depictions of their life, etc.," she tells Health. "[That] is considerably different than the very extreme forms of cyberbullying that seem to be involved in these cases."

RELATED: Why Do People Kill Themselves? These 5 Factors Help Explain It

While Lafreniere is not a clinical psychologist, she believes there is "some severe psychopathology underlying these cases that makes them different from the situations where people are guided by shallow values."

So psychopathy comes into the forefront again. Mark Tunick, PhD, who teaches political theory, ethics, and law at the Wilkes Honors College of Florida Atlantic University in Boca Raton, Florida, and wrote a book about Carter's case, Texting, Suicide, and the Law: The Case Against Punishing Michelle Carter, has a different idea.

Why Carter acted the way she did "is complex and might not even be knowable," he tells Health. But Tunick suspects that, early in the couple's relationship, Carter "discouraged Conrad from attempting suicide and tried to lift his spirits, telling him that he was loved. She encouraged him to get treatment and suggested they even go to the same facility where she was to be treated for her own disorder."

However, at some point, Tunick believes that Carter became frustrated with Roy. "[N]othing she said seemed to shake Conrad from his suicidal thoughts, and she came to think that he couldn't go on living with such unbearable suffering," Tunick says, noting that at one point Carter claimed the texts were a form of reverse psychology and her "goal was to have Conrad make an attempt that would be serious enough that he'd need to be hospitalized and get treatment, but not so serious that he'd succeed."

RELATED: How to Spot the Warning Signs of Suicide

Inside the Young Adult Brain

It's a comforting theory that perhaps a young person's callous texts were merely an extremely clumsy attempt at reverse psychologizing her boyfriend into getting help, but even Tunick recognizes the theory has limits.

Right before Roy died of carbon monoxide poisoning in his truck, he appeared to have second thoughts, about leaving the truck and trying to save his life, and Carter vilely texted him to "get back in the truck" and that he would be "better off in heaven." Something that only a psychopath would say to a suicidal boy, right? That, or something that would be said by a young adult with a still-developing brain, psychological issues of their own (both You and Carter reportedly had their own battles), and the inability to, as Prinstein notes, "think through the consequences of their actions."

While it is hard to imagine what would motivate a young adult to encourage a peer to take his or her own life, "the fact that it happens highlights the importance of being perceptive to signs of suicidal ideation in our young people—regardless of the cause," says Patrick.

If you or someone you know needs assistance, Text CONNECT to 741741, call the National Suicide Prevention Lifeline at 1-800-273-8255, or visit Speaking of Suicide.com for additional resources. 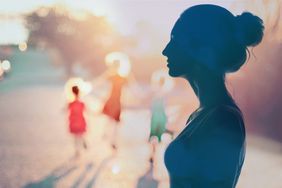 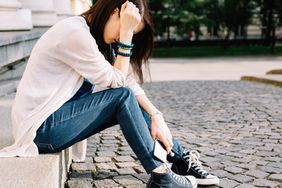