Which Foods To Buy, Skip, or Store in Preparation for a Natural Disaster

The Boy Scout's motto, "Be Prepared," is great advice that everyone should follow when it comes to sheltering in place during a natural disaster such as an earthquake, flood, wildfire, tornado, or hurricane. Our experts explain the best foods to have on hand in your pantry in preparation for any event that might make getting to the grocery store hard or impossible.

If you live along the U.S. Atlantic or Gulf coast you probably know that hurricane season runs between June and November each year. People in the Midwest know that the chances of tornados peak in May and June. Those on the West Coast keep a wary ear to the news between June and August in case there's a wildfire. Natural disasters happen across the United States and can often come with very little forewarning.

One thing you can do in advance is to know what kind of groceries to buy for a natural disaster, FEMA-certified natural disaster preparedness instructor Cheryl Nelson tells Health. This is crucial, she says. "When a hurricane, tropical storm, or tropical depression is approaching, know that you might lose power," Nelson says. "Unless you have a generator, this means that any food in your refrigerator will go bad within four hours without power." In that kind of situation, she recommends eating "anything that will spoil soon first," like fresh fruit, milk, and cheese.

But having the right groceries handy can make all the difference between being able to ride out the storm in relative comfort and scrambling for meals at the last minute in less-than-favorable weather conditions. Here's what experts say about how to shop smart ahead of a storm.

If you live in a disaster-prone area, Nelson recommends keeping regular tabs on the weather forecast and the news so you're not caught by surprise when a storm is barreling down. No, you don't want to live in fear, but you should plan your grocery shopping accordingly.

"Don't wait until the last minute and join everyone else at the grocery store," Nelson says. "Plan well in advance of a storm." That means

When it comes to food, "just buy what you need for two weeks, maximum," Nelson says.

What You Shouldn’t Buy

Nelson recommends skipping the usual milk and bread that people always scramble to get their hands on. "These will spoil quickly without power in humid situations," she points out.

Also, "don't overbuy," Nelson says, adding, "we all remember what happened with toilet paper shortages" during the beginning of the COVID-19 pandemic.

Individual tastes come into play here, but there are a few must-haves to consider.

For starters, water is crucial. "Make sure you have at least one gallon of water per person for at least three days—preferably one to two weeks," Nelson says. You also want to stock up on non-perishables that can satisfy you and your family for several days or even weeks of no power. Nelson's suggestions:

Nutrient-dense foods (i.e. ones that will give you a solid amount of nutrition) are crucial in this kind of situation, Scott Keatley, R.D., of Keatley Medical Nutrition Therapy in New York City, tells Health. He suggests loading up on things like:

If you're a coffee drinker, Keatley definitely recommends having the instant variety around. "It's not nutrient-dense, but if you're used to having coffee a couple of times a day, going without could be a headache—literally," he points out. And, if water isn't exactly your go-to drink, having a sugar-free water flavoring like Crystal Light around can help make the inevitably warm water you'll be drinking more "palatable," Keatley says.

"Remember that unless you have a generator, plan to eat these foods at room temperature," Nelson says. It's also a good idea to have disposable plates, cups, napkins, and utensils around, along with trash bags, wipes, and hand sanitizer, she says, given that your access to tap water could be compromised for a bit in a bad storm.

You don't need to panic during a disaster but experts say having select groceries on-hand for the just-in-case will go a long way toward making you feel prepared in case a big event actually strikes. 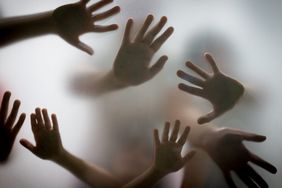 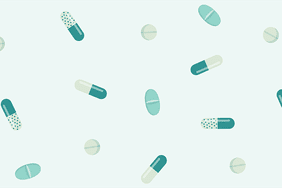 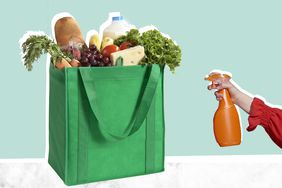 Do You Have to Disinfect Groceries? Here's What You Need to Know About Shopping and Coronavirus 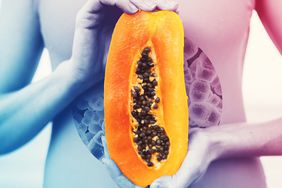 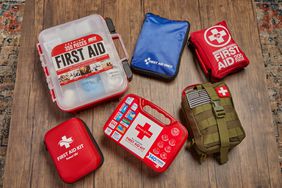