Learn how to harness your biological clock, so you feel more energized and productive all day.

Jennifer Pollard Ruiz, MD, is a family medicine physician and experienced medical writer. She has practiced primary care for more than 20 years in the public, private, and government sectors. She has an inclusive philosophy toward integrative strategies and believes in a whole-person approach to care that is personalized and collaborative. Her interests include health care transformation, the role of primary care in health systems, and narrative medicine, as well as addressing health inequities. Whether treating patients, teaching, writing, or consulting, she aims to use her medical experience and knowledge to ensure that the health of patients and populations ultimately benefits. Dr. Pollard Ruiz received her medical degree from the University of Texas Southwestern Medical School in Dallas and completed her residency at the Center for Family and Community Medicine at Columbia University in New York City, where she served as chief resident. She later earned a master of public health degree from Universidad Nacional de Colombia in Bogotá. She is also a diplomate of the American Board of Integrative Holistic Medicine.

We independently research, test, review, and recommend the best products. Healthcare professionals review articles for medical accuracy. Learn more about our process. If you buy something through our links, we may earn a commission.

Everyone has a biological clock that governs the rhythm of their day, and not everyone's clock keeps the same time. That's why some people are early birds, and others are night owls. But according to sleep specialist and psychologist Michael Breus, PhD, there are more than just larks and owls in this world.

In his book The Power of When ($28, amazon.com), Breus argued that the majority of us fall into four categories (which he named after mammals, not birds) and that knowing your category, or "chronotype," will help you figure out the best time of day to do just about everything—from when to have your first cup of coffee to the ideal time to exercise, have sex, and more.

Below, we pulled a few tips from Breus' book on how to be more productive throughout the day, whether you're a "dolphin," "lion," "bear," or "wolf." Read on to see which chronotype describes you best, and learn how you can tweak your routine so you stay energized longer. (To find out more about your personal chronotype, check out Breus' online quiz.)

If You're a Light Sleeper and Wake Early, but Not Fully Refreshed…

You're likely a dolphin. Breus named this group of people after the ocean-dwelling mammal because real dolphins only sleep with one side of their brain at a time, according to the National Park Service. The name is a good fit for folks who are prone to restless sleep and insomnia, Breus explained. Insomnia is a sleep disorder that causes issues falling asleep, staying asleep, or getting good sleep, according to the National Heart, Lung, and Blood Institute.

While "dolphins" tend to feel groggy in the a.m., they should exercise first thing, Breus said. Even the sleepiest heads can go from exhausted to pumped after a bout of intense physical activity. Breus' recommendation: After a fitful night, do 100 crunches and 20 push-ups, to raise your blood pressure, body temp, and cortisol levels before you start your day.

How Much Sleep Do You Really Need?

You're likely a lion. Like real lions, people with this chronotype are at their best in the morning; as the day goes on, their energy level takes a dive. Breus suggested scheduling your most important tasks between 10 a.m. and 12 p.m. Mid-morning is "when you are best equipped, hormonally speaking, to make clear, strategic decisions," he wrote.

If you're a lion, mid-morning is also when you'd get hungry, since you've been firing on all cylinders for hours. But a smarter strategy is to snack earlier, around 9 a.m., and wait to eat lunch until after 12 p.m. Lions tend to crash an hour or two post-lunch, so it's best to eat later rather than earlier. If you can, eat outside or take a walk on your break; the exposure to sunlight will help you feel more alert.

You're likely a bear. About half of people fall into this category, named after those diurnal (active in the day, restful at night) creatures known for their long, deep sleep times. People with this chronotype have a sleep/wake pattern that matches up with the solar cycle, Breus said, which is lucky for them. They require a solid eight hours (at least) of quality z's and often need a few hours to fully wake up.

To put a pep in your step in the first part of the day, Breus suggested prioritizing a hearty, high-protein breakfast around 7:30 a.m. "Bears usually reach for high-carb choices like cereal or a bagel," Breus wrote, but "eating carbs in the morning raises calm-bringer serotonin and lowers cortisol levels, which you need to get up and moving."

How to Get More Energy, From Morning to Night

You're likely a wolf. Named for the nocturnal hunters, "wolves" are most alert after the sun has set—typically around 7 p.m., according to Breus. They don't feel tired until very late at night and have trouble getting up before 9 a.m. Wolves tend to down several cups of coffee in the morning.

But since morning is when your "wake-up" hormones are flowing, you'll get more bang for your buck if you wait until "your morning cortisol release has run its course," Breus said. Around 11 a.m. is when a cup of joe will do you the most good. And take it black. Sugar and cream could cause a spike in blood sugar and insulin that may slow you down more. Insulin is the hormone that "helps blood sugar enter the body's cells so it can be used for energy," according to the Centers for Disease Control and Prevention (CDC).

Another tip: Bathing in the evening rather than in the morning could help you nod off at a more reasonable hour. When you get out of a hot shower or warm bath, your core body temperature drops, Breus wrote, "signaling to the brain to release melatonin, the key that starts the engine of sleep." 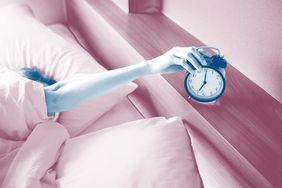 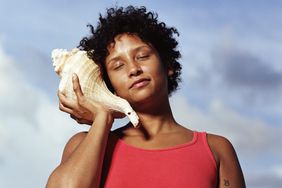 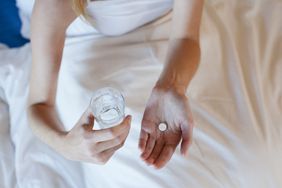 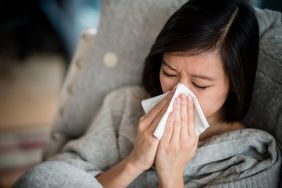 13 Ways Staying up All Night Could Hurt Your Health 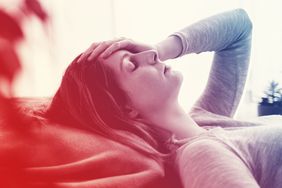