Doctors say she only had a few days left to live.

At the end of November 2020, 37-year-old Dana Smith got her nose pierced. A little over a month later, she started to feel sick, having stomach pains and losing her appetite.

"That whole day I couldn't eat anything," the New York mom said in a new interview with Northwell Health, the health care system that went on to treat her. "I was just drinking water and I couldn't hold the water down anymore. But I just kept trying to drink. Pedialyte wasn't working either."

Her symptoms continued for a second day, and then she started to regurgitate blood.

"I didn't want to go to the hospital because with COVID going on," the New York mom, told CBS New York. "It got to the point where it felt like I didn't have a choice."

So Smith went to the hospital to get checked out. And it's a good thing she did—Smith had fulminant liver failure. "Fulminant liver failure is when you are perfectly healthy, you acquire a virus, and within two months you fall into coma," Lewis Teperman, MD, director of organ transplantation at New York's Northwell Health, told CBS.

Also known as acute liver failure, fulminant liver failure, is rare. In fact, a review published by the New England Journal of Medicine shows that there are fewer than 10 cases per one million people in developed countries each year. The loss of liver function can happen in just a matter of days, according to the Mayo Clinic. Fulminant liver failure can have serious complications, including swelling around brain, which Smith had. While the liver failure can sometimes be reversed with treatment, it oftentimes requires a liver transplant. That's what Smith needed.

After falling into a coma, she woke up to find that she had had that liver transplant. Turns out she had hepatitis B, one of the viruses that can cause fulminant liver failure. Her doctors couldn't figure out what had caused the infection—until they took off all her bandages. That's when they saw her small nose piercing, which had been infected with hepatitis B.

Hepatitis B is a potentially life-threatening liver infection caused by the hepatitis B virus. And research shows that people who have body piercings have an increased risk of the infection. According to the Centers for Disease Control and Prevention, the best way to prevent hepatitis B is to get vaccinated, which is recommended for people of all ages.

According to Dr. Teperman, when Smith arrived at the hospital with the hepatitis B-caused liver failure, she only had a few days left to live. "The survivability for anyone who gets like this—and this includes every acute liver failure—is around 25%. But hers was at maybe less than .05%. She was going to die. There's no question," he said in an interview with Northwell Health.

Dr. Teperman says that he's actually seen an increase in the number of people experiencing liver failure. "I think this has to do with people not coming into the hospital readily enough, early enough to get treated," he told CBS.

According to the Mayo Clinic, someone should get medical help if their skin or eyes suddenly become yellow, if their upper abdomen is tender, or if they have any unusual changes in mental state, personality, or behavior—all of which can be signs of acute liver failure.

Smith was released from the hospital at the end of January and is making her story known now to encourage others to not put off medical care. She says she's thankful that she went to the hospital, even with her hesitation about going to because of the pandemic. "Even with COVID going on, you should still go get checked out because you never know. That one decision saved my life," she told CBS. "I thought it was just a stomach virus or just something with my stomach. I never would have thought my liver was failing, and there was a chance… that I might not have been here today." 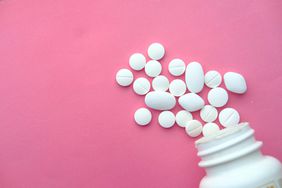 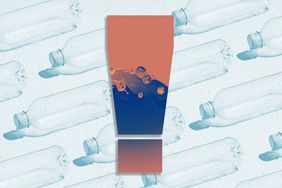 7 Things Suleika Jaouad Wants You To Know About Living With Leukemia
Can Accutane Really 'Shrink' Your Nose?