Just like old habits, old medical rumors are hard to shake. Here are the facts versus fiction on some persistent health hearsay (cancerous underwear! toxic fish!) so you can stop worrying once and for all.

The Rumor: It's Bad to Eat Fish During Pregnancy

The truth: Nuh-Uh! While there are certain foods that pregnant women should avoid, moms-to-be can continue eating most kinds of fish worry-free. A recent study in the American Journal of Epidemiology found that eating three to four servings of fish (including tuna!) per week while pregnant was linked to increases in kids' IQs. Just continue to avoid eating the highest-mercury fish: swordfish, shark, king mackerel, and tilefish.

The Rumor: Underwire Bras Cause Cancer

The truth: Nope! Some people still claim that underwire bras could compress the lymphatic system of the breast, making toxins build up. The reality? Newer research has demonstrated that neither the style of bra you wear nor the length of time you wear it has any effect whatsoever on breast cancer risk.

The truth: Pshaw! If the popping isn't painful, it's fine. Studies show that knuckle crackers are no more likely to develop arthritis than folks without this habit.

No! Animal studies have suggested that consuming more soy might affect fertility due to its phytoestrogens, but there's scant evidence that this is the case for humans. In fact, research suggests that women who get their protein from mostly soy and plant foods are less likely to have ovulation issues. 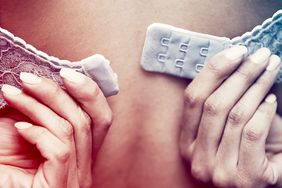 The 10 Best Phthalate-Free Cosmetics, According to Shoppers and Editors

How Often Is Too Often to Eat Sushi or Other Raw Fish? 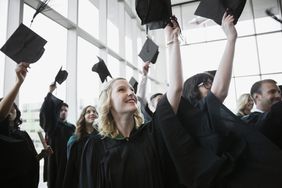