Here's what you need to know about a term that causes some confusion.

Here's an overview of the historically prevalent discrimination that affects the Black community.

What Is Institutional Racism?

Here's an example: A White hiring manager decides not to hire a Black job applicant because he doesn't think that Black people work as hard as people from other backgrounds, that's interpersonal racism.

However, if a company's practice is not to consider applicants from a specific neighborhood school, like predominantly Black public schools in impoverished areas that are inadequately funded, that's institutional racism.

"Institutional racism is different and more implicit than interpersonal racism. It's come to the forefront of the national conversation after the murder of George Floyd and the protests for racial equity across the country [in 2020]," Beth Beatriz, PhD, a researcher specializing in health equity, told Health.

In the United States, institutional racism has presented itself more subtly in recent years than in the past, Nance Schick, an attorney and mediator based in New York, told Health.

"What was once overt discrimination is now more covert and often hidden until someone speaks up," said Schick.

"Declaring certain hairstyles 'unprofessional' historically restricted qualified Black candidates from gainful employment," added Schick. "Despite the CROWN Act of 2020 [which prohibits discrimination based on hair texture or style], there are still employers who have restrictions on hair, particularly dreadlocks and natural hair."

Often, those restrictions have an unfair outcome in Black communities.

How Does Institutional Racism Affect the U.S.?

Institutional racism is prevalent in the United States across just about every sector, Nora Demleitner, president of St. John's College's Annapolis campus and researcher specializing in criminal justice and higher education, told Health.

School funding based on property values and residential taxes, combined with racial segregation in housing, led to systemic underfunding of predominantly Black schools.

According to the American Academy of Family Physicians, the U.S. healthcare system has historically discriminated against non-White populations. Many healthcare facilities throughout the country that predominately serve Black communities lack the funding, resources, and staff to deliver adequate healthcare. Often, poor healthcare services lead to adverse health outcomes.

In fact, in the United States, Black women are as much as four times more likely than White women to die during childbirth. Research has found that, in addition to healthcare providers’ racial biases, inadequate access to prenatal healthcare raises the risk of maternal mortality.

Also, the COVID-19 pandemic highlighted inequities in the U.S. healthcare system. Lack of access to healthcare services, such as COVID-19 testing, led to a disproportionate number of infections and deaths among minority groups.

According to one study published in 2022 in Health Affairs, poor COVID-19 outcomes among non-White populations directly result from racist U.S. healthcare policies.

Also, where a person lives and the conditions of their neighborhood greatly impact their health outcomes. When it comes to housing in the United States, institutional racism has profound effects on Black communities.

"The historical practice of 'redlining' is an example of a racist institutional policy still felt today," explained Beatriz. Redlining happened when banks refused to lend money for mortgages in communities with large proportions of people of color. The banks considered those communities to be "hazardous."

"Despite redlining being outlawed over 50 years ago, we continue to feel that impact today in so many ways." continued Beatriz. "In 2020, Black Americans were over 40% less likely to own their homes compared to White Americans. This greatly impacts how families accumulate wealth."

That racial residential segregation is the cornerstone of Black and White disparities, Marsha Parham-Green, the executive director of the Baltimore County Office of Housing, told Health.

"The inequities built into low-income housing is a fundamental cause of health disparities between [Black and White people]," explained Parham-Green.

"Concentrated poverty, safety, and segregation, as well as other social and community attributes, further contribute to stress and deterioration of health," continued Parham-Green. "Those who are most vulnerable, children and the elderly, are most adversely affected by unstable housing conditions."

Faced with high crime, dilapidated housing stock, and the stress and marginalization of poverty, residents of impoverished neighborhoods demonstrate a high risk of poor physical and mental health outcomes. Those outcomes include asthma, depression, diabetes, and heart ailments.

Black people are roughly five times as likely as White people to report being unfairly stopped by the police. Black Americans are also more likely to suffer the ill effects of racial profiling. Racial profiling is stereotyping a person based on assumed characteristics of a racial or ethnic group rather than the individual.

Police brutality is an ongoing problem in the United States, disproportionally affecting Black communities. As a result of police brutality, Black people face an adverse risk of poor health outcomes, like:

Economically based discrimination goes hand-in-hand with interpersonal racism. For example, business loan officers may require Black applicants to have higher credit scores and income levels than White applicants. If that discrimination is widespread in finance, it may become an example of institutional racism.

Also, a 2018 investigation by the National Fair Housing Alliance, a Washington-based non-profit, found economic discrimination regarding car loans. According to the results, on average, non-White applicants who experienced discrimination would have paid an average of $2,662.56 more over the life of the loan than less-qualified White applicants.

Some state elected officials denied early and mail-in voting. During the 2020 U.S. general election, in North Carolina, Black voters' ballots were rejected at more than three times the rate of White voters.

Also, in August 2020, the U.S. Postal Service removed hundreds of sorting machines, a form of institutional racism, Lauren Raysor, an attorney and founder of the Mount Vernon Coalition for Police Reform, told Health.

"Mail delivery was slowed down, and residents over-indexing with a Black population couldn't get their mail," said Raysor.

Another form of institutional racism in politics is gerrymandering. Gerrymandering determines electoral districts, which decide the outcomes of state and federal elections. For example, there is one U.S. representative from each district. Census data, which the U.S. government collects every 10 years, influences redistricting.

Racial gerrymandering happens when people in positions of power redraw district lines to suppress minority voices. Take, for example, a community largely made up of Black voters. However, if lawmakers gerrymander that community into several districts, the likelihood of Black voters being accurately represented decreases.

How To Fight Institutional Racism

From creating fair hiring and recruitment guidelines to working with minority-owned businesses to changing government funds, finding ways to reimagine policies is key. Civil rights groups, such as the NAACP, and lawmakers nationwide have called for changes in police policies. The goal is that those policies don't target Black people more than White people.

Institutional racism hurts society, squashing innovation and creating an environment that breeds unhealthy stress and burnout. If institutional racism continues as the status quo, those affected will continue to be a part of a cycle of despair and disenfranchisement.

"Black Americans who call out institutional racism are often gaslighted," La Shawn Paul, mental health expert and diversity and inclusion strategist, told Health. "But to address any problem, you must first acknowledge its existence. Silence is complacency."

According to Schick, in the United States, people can combat institutional racism by making the following changes:

"It's getting harder for all of us to claim ignorance. It's time to make a change," added Schick. "And perhaps that is where it begins, with pure intention. Adding courage and action, big changes can occur. But we likely have to do some deep soul-searching first and accept that it will be uncomfortable. Nevertheless, this is where we must begin. Again."

Institutional racism is pervasive and can affect every aspect of peoples' lives, from their finances to their education and physical and mental health.

Institutional racism is not as obvious as in previous generations, but it affects people of color profoundly. For example, institutional racism may be as subtle as a lack of spending on public schools in economically disadvantaged areas serving minorities.

The best way to fight institutional racism is to become aware and active in changing the policies and behaviors perpetuating it. 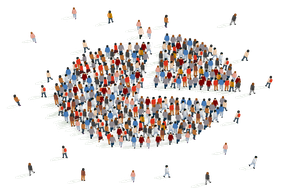 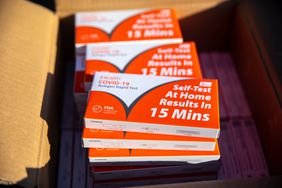 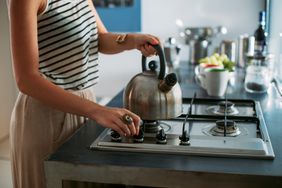 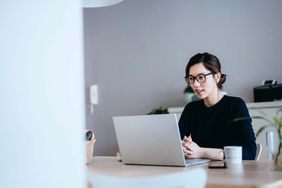