She breaks down the ways employees code switch and why it's harmful.

Suezette Yasmin Robotham, a Brooklyn-based talent acquisition executive in the tech industry, knows the toll that code switching can take on her day-to-day routine.

"Code switching comes in a lot of different forms. It can be the way you speak, your vernacular, hiding an accent, or not communicating or sharing elements of your identities," Robotham tells Health in the video above. Her video is part of Meredith Corporation's See/Her "Multiplicity" series, which follows various women at different stages in life and explores who they feel they must be in order to fit into mainstream culture.

Code switching happens when a member of a marginalized or underrepresented identity feels like they have to adapt to the dominant environment around them. Robotham's first memory of code switching happened in elementary school. "The very first time in my life that I code switched was when it came to talking about food in elementary school," she says. "I would go to school and lie about what I ate for dinner because I did not want people to know I had chicken foot soup, which is one of my favorite soups."

But code switching doesn't necessarily erase the bias people from marginalized communities often experience, Robotham points out. "My style is decisive and intentional. I have watched male leaders, specifically white male leaders, that are also viewed as being decisive and direct, be cheered on," she explains.

However, when she's direct, she is accused of "being emotional" or sounding angry. "And I'm like, I'm not angry; my tone has not changed. I think we have to be cognizant of what that means, especially for Black women in the workplace. If I speak up or don't communicate in a certain way, my message can't be heard in the same way as a peer."

Because of the inequalities in offices around the country, Robotham has committed herself to prioritizing diversity and inclusion in her workplace. "It is my life's purpose and my life's work to disrupt systems that don't afford my community, communities of color, folks from underrepresented groups, fair and equitable access and opportunity in whatever the cause is," Robotham says.

She adds that getting to know the people who come from marginalized communities is extremely important in building inclusive spaces. "When you are in a space trying to make incremental change you have to actually build a relationship with these communities," she explains.

In doing so, she's learned to stand her ground and always be herself no matter what, refusing to sacrifice parts of herself in a workplace setting. "What I will not compromise on is being able to lean in and lead and show up as who I am, as a person." 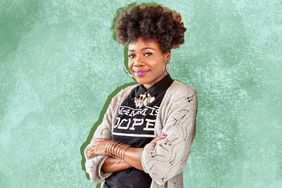 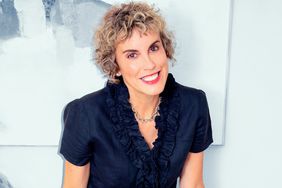 Equity vs. Equality: What's the Difference? Here's How Experts Explain It 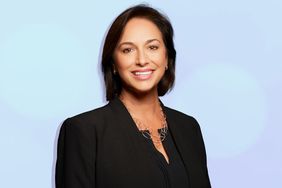