The pandemic changed her perception of the city she grew up in and taught her the importance of self-care.

Carolyn Kang, an Asian-American actress, writer, producer, and activist, was harassed after the COVID-19 pandemic hit the United States because of her race. The harassment happened in her hometown of New York City.

"A few months after COVID really hit the United States, I was riding on the train that I take all the time," she tells Health in the video above. Kang's video is part of Dotdash Meredith's See/Her "Multiplicity" series, which follows various women at different stages in life and explores who they feel they must be in order to fit into mainstream culture.

"I was sitting in a car that was mostly empty; there might have been one other person there," she continues. "A man suddenly came out and started lunging at me, gesturing very aggressively and violently and started screaming in my face, telling me Chinese people were ruining this country—that we were to blame for the pandemic."

During the encounter, Kang feared the worst. "I felt extremely threatened in that moment," she recalls. "I was honestly worried he was going to hit me or pull out a knife. After that, there was a lot of feelings of fear walking down the street. I was much more aware of my surroundings." Kang felt forced to change the way she dressed. "I would start covering my face with wearing a hat, sunglasses, mask, just to conceal my identity," she says. "No one could tell I was Asian."

As the pandemic continued, Kang avoided going outside. "A few months after COVID really hit, I was staying in more. I was scared to go out," she explains, adding that she couldn't believe how the pandemic had changed her perception of the city she'd always called home. "Being scared to step foot in the city that I grew up in and know and love feels so at odds with everything I'm used to, my whole experience," she reflects. "New York City prides itself in being so diverse, so welcoming. For the first time ever, I felt like I did not belong."

Eventually, Kang learned to make space for the feelings that arose as reports of anti-Asian hate crimes increased in the wake of the pandemic. One way she did this was by taking action: She launched an initiative that distributed free safety alarms to other people who feared being the target of harassment and hate.

She also began prioritizing self-care. "I think self-care is radical for people of color, especially women of color," she explains. "You know the saying that you should always put on your own oxygen mask before helping others? That's exactly how I feel—you have to take care of yourself before you take on the world."

Kang says that her self-care routine allows her to sit with the negativity she observes in today's world. "Every morning, I get up and I make some coffee and sit on my patio just so that I can sort of center myself with everything that's been going on this past year with COVID and the surge of hate crimes," she says. "I really did feel like having a routine was something that grounded me when I'm feeling really anxious."

Current events have also influenced the way she thinks about the Asian-American community in the United States. "For a long time, the Asian-American community has tried to quietly not make a sound in this country," she says. "As unfortunate as this has time has been, I think it is crucial because it's shown us as Asian Americans, we can take up space in this country."

Her advice to others who find themselves facing hate or harassment and struggle to speak out: "Don't be afraid to do that, to have a voice. We all have a voice, and we belong." Watch the video above for more about Kang's experience and the importance of self-care in unsettling times. 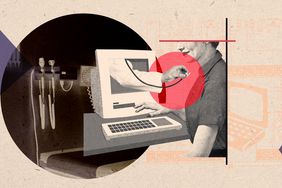 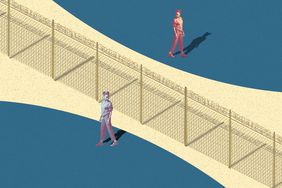