What Is Dystonia? It Caused Caroll Spinney's—the Puppeteer Behind Big Bird—Death

The Sesame Street legend lived with this painful muscle disorder for years.

You may not be familiar with the name Caroll Spinney, but if you grew up watching Sesame Street, then you know this legendary performer. Spinney was the puppeteer behind iconic characters Big Bird and Oscar the Grouch. He died at age 85, "after living with dystonia for some time," according to a tweet from the official Sesame Street account.

"In medical terms, muscle tone refers to the ability of the muscle to properly relax when at rest; it has nothing to do with muscle definition sought out by exercising," explains Dr. Petrossian. "When the muscles are not properly relaxed, they may show abnormal postures, tightness, or even tremor (shaking)."

These muscle movements can come in the form of spasms, which may be mild or painful, and they can interfere with daily life, according to Mayo Clinic.

After Spinney's appearance at Great Lakes Comic-Con with some of his Sesame Street castmates, he announced on Facebook that he was "slowing down" and shared some of the realities of living with dystonia.

"The fact is I'm 85 years old and also battle daily with the devastating symptoms of dystonia," he wrote. "There is no cure. Some days are better than others."

He went on to reveal that his symptoms included involuntary muscle contractions, slow repetitive movements, and cramps, which lead to an "abnormal posture at times."

"Dystonia can be generalized (affecting the whole body) or focal (affecting just one body part)," says Dr. Petrossian. Adult-onset dystonia is typically focal, and one of the most common types is cervical spine dystonia, which tends to present as neck spasm or pain, or as abnormal neck postures and head tremors.

Spinney also suffered from some "less visible things this disease causes," as he put it—namely light sensitivity in his eyes, twisting movements, and vocal box spasms. "This is why I can be very softly spoken or wear sunglasses indoors on certain days," he explained. "It's all related neurologically and also affects the ability to focus on a task at hand sometimes."

As many as 250,000 people in the United States have dystonia, making it the third most common movement disorder behind essential tremor and Parkinson's disease. It is a condition that knows no age, ethnic, or racial boundaries; it can affect young children to older adults of all races and ethnicities, according to the American Association of Neurological Surgeons.

The cause of dystonia isn't known, but some forms are inherited, states Mayo Clinic. And while there is no cure for dystonia, as Spinney wrote in his Facebook post, treatment options do exist, and they depend on whether it is focal or generalized.

"Focal dystonia often responds to botulinum toxin, such as Botox, which targets the muscles that have abnormal activity," says Dr. Petrossian. "The injections are typically done every three months and remain effective even after years of therapy," she explains.

Oral meds, such as baclofen, cyclobenzaprine (Flexeril), and benzodiazepines like diazepam, are often required for generalized dystonia to reduce muscle spasms. "A baclofen pump is an alternative to oral meds," Dr. Petrossian says–"this inserts the med straight into the spinal canal, and it may result in fewer cognitive side effects, such as imbalance and grogginess."

If botulinum toxin and oral meds don't improve the symptoms of cervical dystonia, another option may be deep brain stimulation (DBS) surgery. In this procedure, electrodes are placed into the brain, then connected to a pulse generator or battery that is inserted under the skin below the clavicle.

In Spinney's Facebook post, he paid tribute to his "great support team" in Deb, his wife of 40 years, and his agents. "They help me get through these issues that can be tough even under the best circumstances," he added.

Ultimately, he didn't let his illness hold him back, even at age 85. "I may have retired but I'm not ready to relegate myself to solitary confinement yet," he wrote. "Now that I'm not as active with day-to-day programming on Sesame Street, I have more time to get out and about to meet the world. My fans' stories, pictures, smiles, and tears are uplifting to the soul and are why I keep going!" 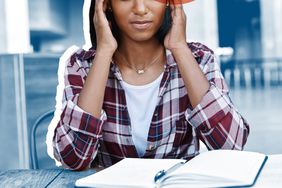