It was over 20 years ago (22, to be precise) when Sir Mix-A-Lot released "Baby Got Back," a love letter to bootlicious women everywhere.

It was over 20 years ago (22, to be precise) when Sir Mix-A-Lot released "Baby Got Back," a love letter to bootlicious women everywhere. But men's obsession with shapely butts has remained strong ever since—and Kim Kardashian has the Instagram hits to prove it. In fact, you might say that rears have replaced breasts as our most scrutinized body part.

But here's some interesting news: Research from the University of Texas at Austin found that what men are really drawn to isn't so much the size of the derriere, but the curve—or, more specifically, a spinal curvature that offers the illusion of a shapely butt.

In the study, approximately 100 men, between the ages of 17 to 34, were asked to rate the attractiveness of images of a woman's silhouette as she stood sideways. Each image had been altered so the lower spine curved out at different angles—causing the woman's butt to protrude in varying extremes. What researchers found: Overwhelmingly, men preferred the uber-bendy images that showed the lower spine curved at a 45-degree angle, from back to buttocks.

Pretty interesting, but do things change when butt size comes into play? To find out, the researchers asked 200 men to look at images of women with different butt sizes and spinal curves. Turns out, the men were turned on by women whose spinal curvature was closest to 45 degrees, regardless of the size of their rear. "This enabled us to conclusively show that men prefer women who exhibit specific angles of spinal curvature over buttock mass," said the study's co-author Eric Russell.

But before those of you with pancake-flat cabooses get all cocky (or, shall we say, cheeky?), check this out: The reason guys are giving those pushed-out tushes all that love, study authors surmise, has more to do with "prehistoric influences" than standards of beauty. Since pregnancy pitches the center of gravity forward, explains lead author David Lewis, "this spinal structure would have enabled pregnant women to balance their weight over the hips. These women would have been more effective at foraging during pregnancy and less likely to suffer spinal injuries. In turn, men who preferred these women would have had mates who were better able to provide for fetus and offspring, and who would have been able to carry out multiple pregnancies without injury."

The (bottom) bottom line: The right curve made it easier for women to not only carry babies, but to get off their bottoms and hunt down grub to feed the offspring their men wanted—a desire that apparently has been passed down to big galoots today.

Observed David Buss, a University of Texas psychology professor and co-author of the study, "This adds to a growing body of evidence that beauty is not entirely arbitrary, or 'in the eyes of the beholder' as many in mainstream social science believed, but rather has a coherent adaptive logic." Which is basically a diplomatic way of saying, "chauvinism that dates all the way back to Neanderthal times."

Big butts, small butts, whatever. When do we get to weigh in with some scientific methodology of our own? 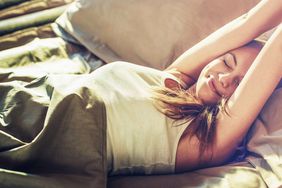 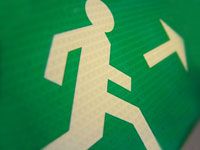 How One Woman Added Even More Exercise After a Diabetes Diagnosis 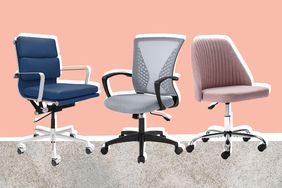