This study serves as a good reminder as to why you really need to stop cleaning your ears.

They may look harmless, but cotton-tip applicators send an estimated 34 kids to the ER every day, according to a study in The Journal of Pediatrics. The authors say their findings debunk the myth that we need to clean our ears regularly—and serve as a reminder that doing so may cause more harm than good.

The Q-tip, the original cotton-tip applicator, was invented in 1923 after the company's founder watched his wife clean their baby's ears with cotton wads and a toothpick. The ready-made swabs may have been a more convenient alternative at the time—but since the 1970s, doctors have cautioned against using them for the purpose of ear cleaning, noting that they can push wax deeper into the canal (causing impaction) and increase injury risk to the eardrum.

Today, research shows that the use of cotton-tip applicators is the most common cause of accidental penetrating ear injury in children. But despite doctors' and manufacturers' warnings not to use the bathroom staple for ear hygiene, many people still do, says Kris Jatana, MD, an otolaryngologist at Nationwide Children's Hospital and associate professor at The Ohio State University Wexner Medical Center.

For this study, Dr. Jatana and his colleagues looked at reports of cotton swab-related ear injuries at hospitals across the country between 1990 and 2010. (Because the National Electronic Injury Surveillance System stopped coding hospital reports for these specific injuries after 2010, more recent info was not available.)

In that 21-year period, an estimated 263,000 patients under age 18 were treated in emergency departments for complaints like ear blockage, pain, and bleeding—more than 1,000 a month, or about 34 a day. Most of these injuries—77%—occurred while children used cotton-tip applicators themselves. Parental and sibling use accounted for 16% and 6% of injuries, respectively. Overall, 73% of the injuries occurred during ear cleaning; other causes included children playing with the swabs or falling down while a swab was in their ear.

RELATED: Things ER Doctors Refuse to Have in Their Homes

The most common injuries were foreign body sensation (the feeling that something is stuck in the ear), perforated eardrums, and soft-tissue injuries. (While cotton swabs have also been associated with ear infections and earwax impaction, these conditions were excluded from the study because it wasn't possible to know if they developed before or after a swab was used.)

Two-thirds of patients were under 8 years of age, and 40% were younger than 3. Fortunately, 99% of patients were treated and released—but the authors note that some of these injuries still could have been serious. Damage to the eardrum or inner ear can lead to dizziness, problems with balance, facial nerve paralysis, and permanent hearing loss, they write.

Injury rates did decline over the course of the study, but more than 12,000 children were still treated in 2010—a number that Dr. Jatana says is "unacceptably high."

So How Are People Supposed To Clean Their Ears?

In short, they're not—at least not on a regular basis. "The ear is actually self-cleaning," says Dr. Jatana. "Wax serves a function, to trap dirt and debris and bring it toward the outside of the ear." It also humidifies the ear canal, which he adds and has antimicrobial properties.

"When visible wax is seen in the outer part of the ear, that can be wiped away with a small wet towel or baby wipe," he continues. "But sticking any object into the canal itself is completely unnecessary and very dangerous."

The American Academy of Otolaryngology-Head and Neck Surgery Foundation released guidelines on this topic, including a list of do's and don'ts for patients. They include "Do know that ear wax is normal," "Don't over-clean your ears," and "Don't put cotton swabs, hair pins, car keys, toothpicks or other things in your ear."

There are effective ways to treat bothersome earwax impaction, including irrigation devices, wax-softening drops, or in-office procedures. But the Academy recommends that people speak with their doctors before trying any treatments at home since they aren't safe for everyone.

You should also see a doctor if you experience drainage or bleeding from the ears, hearing loss, or feelings of pain or fullness in the ears, the guidelines state.

The study authors recommend that cotton-tip applicators be stored out of reach of children, that stronger warning labels be added to their boxes, and that parents be advised—as soon as babies are born—never to use them for ear cleaning. And just as importantly, they recommend more public education about the myths and facts about ear hygiene.

"I think some parents instill in their children that cleaning out the ear canal is similar to brushing their teeth," says Dr. Jatana. "That misconception needs to be dispelled in order to help prevent these injuries from occurring." 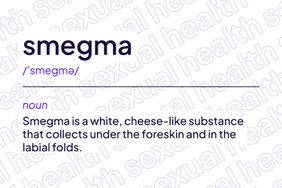