Living with chronic illness can be difficult, from managing symptoms to testing different treatment options. Those hardships can create negative feelings like grief and sorrow.

But potentially painful or difficult symptoms and treatments are not the only factors contributing to those feelings. Chronic illness may uproot significant parts of your life, like your career and relationships, leading to depression.

Chronic Illness Can Lead To Depression

Chronic illness refers to health conditions that don't have cures, which include:

People with chronic illness have higher risks of mental health conditions, particularly depression, than others. But the likelihood of depression varies depending on the illness.

Symptoms of depression can show up after you've received a diagnosis. Or symptoms may become noticeable after you've had a chronic illness for a long time. Also, certain medications can trigger depression.

Symptoms of depression may include:

The link between chronic illness and grief is unclear. Still, some people say that the loss they feel for their former selves or the life they used to know is a form of grief. Some experts have coined that grief as "chronic sorrow," a pervasive, recurring sadness.

A study published in 2018 in BMC Psychology of caretakers of children with sickle cell disease described chronic sorrow as "a normal reaction to loss (that can) progress to a pathological state such as depression if the coping styles are ineffective."

Grieving Your Own Body

The idea of grieving your body can be difficult, especially if you haven't personally dealt with a life-altering diagnosis. One of the best ways to understand those feelings of loss is to recall what it feels like to have a short-lived illness, Karen Conlon, LCSW, the founder and clinical director of Cohesive Therapy NYC, told Health.

"When people experience acute illnesses, like a cold, or even something more serious but not long-term, there's a short grieving process," explained Conlon. "They're grieving that they have to stop an activity or eating things they normally like, but they know it's temporary."

There are seven losses you may feel when you live with a chronic illness, which include:

"For people with chronic illnesses, it's very different, much more like the grieving process people go through when they've lost a loved one," added Conlon. "Grieving comes in the form of grieving the life or career you thought you'd have, the path you thought you'd take, and needing to adjust to a new normal that is forced on you."

Personal Stories: Grieving the Loss of a 'Healthy' Body

With chronic illness, processing the loss of a life you previously took for granted is a significant part of mourning. Often, career aspirations have to change, devastating those who've worked hard to achieve their professional goals.

Part of the grief comes from the fact that the expectations we have for ourselves in our younger years can give our lives meaning, Tracey A. Revenson, PhD, a professor of psychology at Hunter College and the Graduate Center at the City University of New York, told Health. Revenson has conducted research focusing on psychological adjustment to chronic illness.

"[Study participants] talk about a changed self, a changed life, or loss of identity they need to adapt to," explained Revenson. "Especially for those in young adulthood, a diagnosis of chronic illness brings about a new search for meaning, what the illness will mean for their future."

"I finally had a name for what had been making me miserable for so long," Megan Friddle told Health a decade after receiving a diagnosis of lupus and rheumatoid arthritis (RA) at age 31.

In a way, Friddle's diagnosis wasn't earth-shattering. Friddle had dealt with debilitating symptoms for many years, as well as healthcare providers who underestimated the progression of her illness. So, knowing what was behind Friddle's joint pain and stiffness was a relief.

But that relief didn't last long. Friddle started experiencing side effects from her medication along with worsening symptoms. Then, a cascade of life changes plunged Friddle into what could be described as intense grief.

Friddle's conditions required aggressive treatment. Still, Friddle's health insurance required what's known as step therapy. Step therapy is a process in which a person must show no improvement while taking less expensive medications before trying a more costly one.

So, Friddle had to try several ineffective treatments before her health insurance approved her for a biologic, the pricey gold standard, to treat her inflammatory arthritis condition.

"This was really when I began grieving in earnest," recalled Friddle. "Two of the medications I tried had horrific side effects, which included constant brain fog and losing about half my hair. And those were the darkest moments for me."

Friddle was studying as a PhD student and working on her dissertation at the time of her diagnosis. Yet, her health issues overwhelmed her thoughts.

"It felt like the disease and the treatments had taken away everything about myself that was familiar," noted Friddle. "It felt like a piece of me had died: my future self."

"I have to go to the bathroom with such frequency that it's impossible for me to hold a normal job," Raven, a 43-year-old transgender woman with Crohn's disease based in Seattle, told Health. Raven was unemployed and on disability because of her severe condition.

"This was a huge problem while I was still working. Managers couldn't stand it and even threatened to fire me with the intention of trying to get me to just quit on my own," continued Raven. "I had supervisors tell me that Crohn's wasn't real and was just something I was making up. This back and forth went on for years and contributed to the extreme stress that made me sicker—nothing quite affects [my illness] the way stress does."

For a 34-year-old television journalist based in Buffalo, N.Y., chronic illness meant adjusting her expectations of herself.

"I like to call myself a perfectionist in recovery," Elizabeth Lewin, diagnosed with RA, told Health. "I'm in a business where in many ways, my job is to look okay all the time, and that's not my reality as a person. I came from a really high-achieving family. My father is from Jamaica, and my mother is from Cuba. They fought tooth and nail to create the opportunities my sister and I are so fortunate to have. All you want to do is pay that forward, [but] these health blocks [started] to erode my self-love."

Lewin said that she didn't intend to have a television career, having gone to school for theater. Still, Lewin began feeling sick in college and couldn't perform in plays or participate in the backstage work required for her program.

"That was my first real experience with grief," recalled Lewin. "I'd been doing something for my whole life and was good at it. And that was the first time I experienced my body not letting me do something I wanted to do."

Grieving the Loss of Freedom

People with chronic illnesses don't only grieve their former, healthier selves. Additionally, some might mourn the loss of joyful activities and experiences that aren't compatible with their conditions.

"There's a lot of food I can't eat—chocolate, coffee, spicy foods, rich foods, anything high in fiber," said Raven. "And it's very depressing knowing that I can't eat so many things I used to love and that I'm best off sticking to bland foods for the rest of my life."

"There was a period where I was in such serious denial," recalled Lewin. "I wanted to eat all the inflaming foods, drink all the pop, hang out with my friends, and not sleep, the worst things for me to do. But that was part of my process."

Also, after finding out that her RA was in remission, Friddle felt lucky to be able to do things that seemed walled off in the early days of her diagnosis. Working full-time and dancing was only possible because of relentless planning, preparation, and caution, said Friddle.

"I have to watch what I eat, I have to get plenty of sleep, I can't spend time in the sun, I have an expensive, refrigerated, injectable medication that I have to take every day," explained Friddle. "Travel is challenging. I don't think about it all the time. But I do grieve the spontaneity I experienced in my teens and 20s."

Grieving the Loss of Relationships

Living with chronic illness can also strain relationships and force them to an end.

"I became so sick and depressed, I was suicidal. I had lost almost all of my friends, was about to lose my job, and was nearly broke and struggling to get by with very little support from anyone, including my family," said Raven. "Healthy people tend not to understand people with chronic illnesses, whether they don't understand the illness, that they just can't understand how overwhelming it is, how it can take over your whole life."

People with chronic illness don't want to be pitied or seen as a burden, said Conlon. But some also need support from loved ones who can hold space for their challenges.

"A support system is a really important part of resilience and healing. But on the other hand, there is a lot of guilt and shame and not wanting to burden that support system," explained Conlon. That guilt can leave many people distant or disconnected from their loved ones.

One part of that challenge is that chronic illnesses and the grief and mental anguish accompanying them are often "invisible."

People don't always fit the expectation of what a sick or grieving person looks like. They may have good days interspersed with tough days. So, grasping just how challenging day-to-day life is can be difficult for others.

"To hear things like, 'Well, you don't look that sick' or 'At least it isn't cancer' was really painful. It told me that people weren't actually interested in my experience," said Friddle. "Those who did listen and didn't take my sudden absence from social life as a personal rejection were essential to my well-being."

How To Cope With Grief

Simply acknowledging your mourning is a healthy first step if you're grappling with loss because of a chronic condition. Additionally, the following techniques can also help you cope:

More than half of people in the United States live with one or more chronic illnesses, which can also cause grief and depression. Some conditions are more likely to cause chronic sorrow than others. But generally, grief is normal with chronic illnesses.

There are ways you can cope with chronic sorrow, including acknowledging your grief and loss, considering therapy or a support group, building resilience, and giving yourself grace.

What We Know About Grief 20 Years After 9/11—And How It's Helping Us Cope With Loss From COVID-19
There Are 5 Stages of Grief, Experts Say-Here's What to Expect From Each One 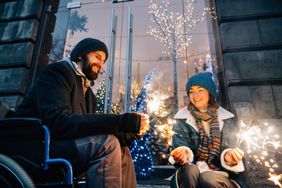 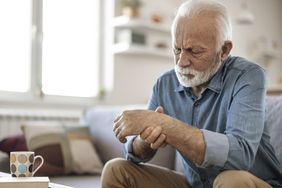