"No one ever told me that even when you give up your relationship with diet culture, the rest of the world doesn't give up theirs."

When I quit dieting, I thought I knew what the most difficult parts of the process would be. I had accepted that giving up food restriction, calorie counting, and obsessive exercise would be difficult, but ultimately that wasn't what really scared me about the process.

What terrified me was becoming OK with living in a larger body, with loosening my grip on the impossible beauty standards that I had worshipped for so long. After all, when you spend a solid decade of your life trying to whittle your current body into something better, accepting your body as it is feels like failure, like giving up on yourself.

Still, in spite of all my hesitations, I did the work. I replaced fantasies of being thin with fantasies of being on the other side of dieting. I pictured days when I wouldn't feel anxious about accepting or declining a bread basket before dinner, of when I could drink my coffee with cream (and even—gasp—sugar) without feeling guilty, of when I was free of an endless cycle of depriving myself of food and then bingeing on it later. I set my mind on this new, balanced version of myself and I did the painful work of getting there and replacing old, toxic habits with new ones.

Years later, I can confidently say I finally have a healthy, balanced relationship with food and my body. But I can also say that all those preconceived notions of what would be the hardest part of the process were wrong, and not for the reasons you might think. Because in all the months of no longer religiously recording my weight, fixating on a number on a scale, or giving up entire food groups for six months at a time, no one ever told me that even when you give up your relationship with diet culture, the rest of the world doesn't give up theirs. Not even a little bit.

Turns out, when you start actively pushing back against how diet culture exists within yourself, you start to become hyperaware of how it seeps into every other aspect of your life, too. You notice it when a distant family member talks about how much weight they have to lose before a big life event. You pick up on it when your parents rave about the latest, greatest diet trend they're trying. Your brain registers when a friend has to preface every meal by saying just how long it has been since they've eaten carbs or sugar or dairy. You notice it when a stranger comments on the exact nutritional breakdown of food, "Oh my God, have you ever seen how many calories one of those has?" You see it in the before-and-after weight loss montages from that person you went to high school with, always attached to the shiniest "lifestyle change" program. It goes on and on, and it's everywhere.

Unfortunately, even when you've managed to address your own BS when it comes to dieting, it doesn't mean that you are suddenly immune to everyone else's. And as difficult as it can be to personally accept that yo-yo dieting, restriction, and bingeing are toxic and dangerous, it can be even more difficult to tell other people that, too. I quickly learned that being around family meant comments about dieting and weight—not because my family and friends are any different from anyone else's, but because they exist in the same world I do, the one that says if you are thinner, you are more worthy of a job, a medical diagnosis, or a partner.

On a recent family trip, these types of comments came up again. And as confident as I was in my own opinions of dieting, of the damage it had done to me over the years, I felt inexplicably frozen. Even though I could write dozens of articles or Instagram captions about how quitting dieting has benefitted my physical and mental health, something about looking my family in the eye and saying, "Hey, could we talk about something else other than your dieting? Can we not discuss calories? Can we not talk about food restriction?" terrifying bordered on impossible. Still, there was no getting around it. Their comments worked their way under my skin, into my brain. I watched people practically equating weight loss with achieving world peace and, sickly, I craved that approval, too.

According to Maria Sorbara Mora, RD, an eating disorder and exercise compulsion expert, this reaction was normal. Mora explains that for those who are in recovery from eating disorders or have experienced disordered eating (something that she tells me is no different than dieting, since dieting "asks of us to eat in a restrictive or extreme way"), commentary about food can be "loaded with triggers."

"So much of our work as dietitians that specialize in eating disorder recovery [is to] try to normalize, legalize, and neutralize food," Mora tells Health. "Hearing comments like, 'That food is so fattening' or "I don't eat carbs' or 'I'm going gluten-free' is beyond confusing for those trying to work on their relationship with food. Food is not the villain here. Creating strong poles of "good and bad" foods make it difficult for those in recovery to find the middle."

To push against conversations about food, dieting, and weight, Mora suggests shifting your perspective to totally focus on the progress you've made in your recovery and how valuable that is.

"It may seem alluring or attractive to try intermittent fasting after a colleague tells you how much weight they lost," Mora says, echoing so many of my own thoughts in similar situations. "It may feel overly indulgent to eat that cupcake when someone remarks how much sugar it has. But don't believe the hype. Remind yourself you've worked hard for your improved relationship to food and the freedom that comes with it."

Mora also suggests setting firm anti-diet talk boundaries with family before a get-together or event, stopping a conversation in its tracks by putting a hand up ("You know that kind of talk doesn't work for me"), and repeating positive affirmations to yourself when negative thoughts arise.

Ultimately, what stuck with me the most from Mora's suggestions was about honoring my own journey with food and eating, and how far I've come. "Fight for it. Protect it," Mora says. What if we all were as quick to protect ourselves from the perils of diet culture as we were to protect ourselves from gaining a few pounds, or eating carbs? How different the world would look then.

For me, being honest with those around me about how comments about food or dieting affect me felt (and still feels) like the rawest, most vulnerable thing possible. To admit that my relationship with food was flawed, that I was affected by diet talk, that I didn't want to diet at all like they did felt weak, like admitting I had less willpower than they did. Often, it still does. But now when I think about these discussions, I think about Mora's advice—to push back, to set boundaries, to protect my healthy relationship with food.

I also think about something else, something I tell myself often when pushing back against the urge to starve myself or binge feels impossible. I remind myself that dieting is hard work. That believing your body is inherently flawed—that it being 5 or 10 pounds less would make you happy—is exhausting. And pushing back against dieting, believing you are OK and worthy as is, no matter the number on the scale? That's hard work, too.

Only one of those choices is sustainable though, so I choose the latter. I choose the work that makes me feel worthy now, and I'll keep choosing it. 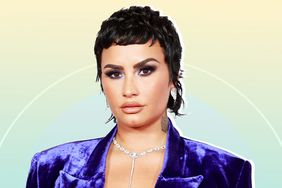