Comedian and actress Amy Schumer recently had surgery and took to Instagram to share her experience. On Sunday, September 19, the 40-year-old shared a photo of herself in a hospital gown with a short caption: "If you have really painful periods you may have #endometriosis." Turns out, the star of I Feel Pretty and Trainwreck is recovering from surgery, during which she says doctors removed both her uterus and appendix due to endometriosis.

In a video on the same post, Schumer shares from her hospital bed that doctors had found "30 spots of endometriosis" and that the condition had also affected her appendix, leading to the removal of both organs. "The doctor found 30 spots of endometriosis that he removed. He removed my appendix because the endometriosis had attacked it," she tells her 10 million followers, adding she was sore and experiencing gas pains post-surgery.

Endometriosis, a condition that causes tissue similar to uterine lining to grow outside the uterus, affects more than 11% of people with uteruses between ages 15 and 44. The condition can cause debilitating symptoms, ranging from painful periods and stomach problems to infertility. Some people with endometriosis may respond well to medications, but in some cases, surgery to remove the scar tissue is necessary.

There Are 4 Stages of Endometriosis. Here's What Each One Means

While Sunday's post-surgery Instagram marks a milestone in Schumer's health journey, it's not the first time she's opened up about her condition, or her health in general. She and her husband, chef Chris Fischer, welcomed a baby in May 2018 after suffering from hyperemesis gravidarum (HG)—severe morning sickness—throughout the pregnancy that forced her to cancel standup shows. Throughout her time dealing with HG, she shared honestly with fans on social media, even posting a now-deleted video of herself vomiting. After giving birth, she shared a nude photo, saying "Feeling like my c section scar looks cute today!"

In January 2020, Schumer sought support and advice on Instagram in an emotional post about her journey undergoing IVF treatments. "I'm a week into IVF and feeling really run down and emotional. If anyone went through it and if you have any advice or wouldn't mind sharing your experience with me please do," she captioned on a photo of her belly covered in bruises, which garnered the support of fans and celebrities alike.

On Sunday's post, plenty of celebrities chimed in with their support. "Oh my goodness, 30?! So happy they are gone and you won't have that pain anymore. Heal well Am!" wrote Actress Debra Messing. TV host Padma Lakshmi, who also suffers from endometriosis, commented "thank you so much for sharing your endo story. Over 200 million women worldwide suffer with this. Hope you feel better soon!"

Amy Schumer Talks About Severe Endometriosis and Her C-section Delivery
Adenomyosis vs. Endometriosis: What's the Difference? 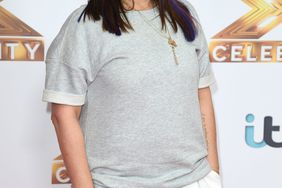 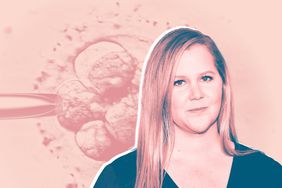