You're never too old for vaccines. Here are 7 vaccines that can help adults, and the ones they love, stay healthy.

Three months before she gave birth, Diana Simpson, a dental hygienist in Davison, Michigan, started coughing. The pain was unbearable. “It brought me to tears,” she says. Simpson had pertussis, a bacterial infection that is known as whooping cough because of its seal-like cough.

Most people are vaccinated against pertussis as kids. But here’s a surprise: It’s come roaring back since an all-time low in the 1970s, largely due to waning immunity in adults.

Pertussis boosters strengthen immunity in adults, yet only 2% get them. That’s just one of several vaccines you may need now.

If you get a tetanus-diptheria (Td) booster every 10 years, you may not need an extra pertussis jab. Vaccine makers have added a pertussis component to that booster (Tdap).

During pertussis outbreaks, the greatest danger is to babies, who almost always catch it from unvaccinated adults.

Simpson was too late: She had passed the infection to her mother and her baby, who landed in the hospital three weeks after he was born. Simpson and her baby, along with her mother (and husband, too), eventually got the shot for future protection.

More than 90% of women in their childbearing years are immune to chicken pox because they had it as kids.

The rest should be vaccinated before they try to get pregnant; catching chickenpox during pregnancy can lead to devastating birth defects. Once you get the vaccine, the CDC says you should delay trying to conceive for at least one month, due to the small risk that the fetus can get the virus from the vaccine.

Chicken pox complications are more frequent and severe in adults than children and can include life-threatening pneumonia and encephalitis (brain inflammation).

If you’ve had chicken pox, you are at risk of developing shingles, a painful reawakening of the chicken pox virus.

In nearly 50% of cases in adults in their 50s, shingles progresses to postherpetic neuralgia, an often agonizing form of nerve damage that can linger for years. (The risk increases with age.)

But with the vaccination, you can lower your risks dramatically. In a study of more than 38,000 adults over age 60, the vaccine cut the rate of shingles by over half and reduced the incidence of postherpetic neuralgia by two-thirds.

Those born before 1957 are likely to have been infected or exposed, which provides lifelong immunity. Those born between 1957 and 1967 are less likely to have had mumps or may have received a less-effective vaccine. A single dose of the current MMR should bring your protection up to date.

Going on a cruise or an organized tour? Consider getting a flu shot. Influenza outbreaks frequently occur on cruise ships, even during summer voyages to northern destinations like Alaska.

In addition, visitors to Asia should talk to their doctors about vaccine protection against typhoid and Japanese encephalitis. Visitors to the “meningitis belt” of central Africa should get a meningococcal vaccine.

And yellow fever vaccines are important for travelers to much of South America and parts of Africa.

Both vaccines protect against the hepatitis B virus, which is spread through sexual contact or contaminated needles and blood.

An infection can lead to dangerous liver disease.

Each year, more than 78,000 Americans become infected and about 5,000 die of associated liver diseases, including cancer, yet few know that the CDC recommends the vaccine for all sexually active people who are not in long-term relationships. 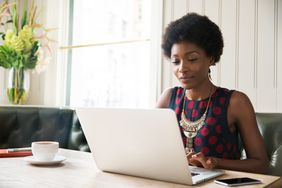 7 Things to Do This Fall for Better Health