All eyes are on Dad this weekend as families celebrate Father's Day—but it's important to keep those eyes on him the rest of the year, too. Here are six health issues to watch out for as your dad gets older.

All eyes are on Dad this weekend as families celebrate Father's Day—but it's important to keep those eyes on him the rest of the year, too. Whether your dad is young in mind and body or he's pushing 100, one thing's for sure: He's not getting any younger, and he's likely dealing with health issues now that he's never faced before.

Children play an important role in their parents' wellbeing as they age, says Ash Tewari, MD, director of Mount Sinai Men’s Health Center in New York City. "The kids are often the ones who nudge their fathers to get things checked out or to take better care of themselves."

Here, then, are six health issues to watch out for as your dad gets older. After all, he looked after you for so many years; isn't it time you do the same for him?

"The major problem with men is that they don't show up," says Dr. Tewari. "They don't go to the doctor for routine medical checkups; they only go when there's a problem. And when they do go, they want to get it all done in one visit, rather than coming back for follow-ups or going to see specialists." (In fact, a campaign recently launched for Men's Health Month is using a fake "Nurse Nicole" profile on the dating app Tinder to try to convince stubborn guys to see the doctor more regularly.)

As men get older, however, regular physicals become more important: More screenings are needed to rule out diseases like cancer and diabetes, and any existing health conditions may become more pronounced.

Even if you're not making the phone call and shuttling your dad to and from the doctor's office, you can make a huge difference just by asking him about his recent appointments, keeping an eye out for any health problems he may be ignoring, and encouraging him to keep on schedule.

Older adults take more medications than any other age group, mostly to manage chronic conditions like high blood pressure, cholesterol, pain, or diabetes. (In a 2008 study, 29% of elderly participants were prescribed 6 or more drugs at the same time!) This also puts them at high risk of medication interactions, especially if they're mixing prescription and over-the-counter drugs or supplements.

Children can help by doing research for their parents, talking to their doctors, knowing how their medicines work, and what the risks are, Dr. Tewari says.

Making sure your dad is actually taking all of his medicines as directed is important, too, especially if he has memory problems. If you don't live with or near him, that can be tough to do. But you can still encourage compliance by keeping track of what he's taking, trying to remind him to take his medication, and setting up a daily alarm on his phone or giving him a pill organizer.

Many people think depression starts early in life, but that's not always the case, says Dr. Tewari. It's not uncommon, he says, for an adult to experience depressive symptoms for the first time later in life—especially if they've gone through a major life change, like losing a spouse or family member, being diagnosed with a chronic health condition, or losing their job. (A recent Gallup poll found that depression rates are almost double in Americans who have been out of work for a year, versus those who had just lost their jobs recently.)

Certain medications, such as sleeping pills and some meds for high blood pressure, can also contribute to depressive moods. And for some older adults, depression may even be related to restricted blood flow to the brain, a condition called ischemia, which is a natural part of aging. If your father suddenly loses interest in activities he used to enjoy, or if you've noticed changes in his sleep patterns, appetite, and overall attitude, encourage him to talk to his doctor about whether depression might be the cause.

If your dad isn't as active as he once was, he may be at risk for gradual weight gain—especially if he's still eating the same amount of calories. "Men are usually in their best shape right after college," says Dr. Tewari. "Then at some point in middle age, they stop exercising as much and they watch too much TV and they gain weight."

Aches, pains, and injuries as your dad gets older can also keep him glued to the couch. A recent Oregon State University study found that older adults who take statins are less physically active than those who don't, possibly because of muscle pain attributed to the cholesterol-lowering drugs. But it's important to work with your father—and his doctors—to make sure he's staying as physically active as he can, while eating a balanced diet and maintaining a healthy weight.

If your dad has any mobility issues, takes multiple medications, or lives alone, he's at an increased risk for falling—the leading cause of both fatal and nonfatal injuries among older adults. One in three senior citizens fall each year, but less than half talk to their doctors about it, according to the Centers for Disease Control and Prevention. And men are more likely to fall—and more likely to die from their falls—than are women.

It's important to make sure that older adults are stable and capable of navigating their living space, both physically and mentally, says Dr. Tewari. If you have concerns about your dad's ability to get around safely, talk with his doctor about exercises that can improve his strength and coordination and strategies that can make his daily routine less challenging.

Every adult experiences memory lapses and "senior moments" from time to time, but how do you know when it becomes something more worrisome? "If it gets to the point that you're asking yourself that question, then it's probably worth bringing up with your dad's doctor and getting him checked out by a neurologist," says Dr. Tewari.

If your dad begins asking the same questions repeatedly, mixing up or forgetting common words, or misplacing household items, don't panic. Some reversible factors—like vitamin deficiencies, hypothyroidism, medication side effects, or even hearing loss—can cause dementia-like symptoms. It's important that your dad talks to a doctor who can determine the best course of action. 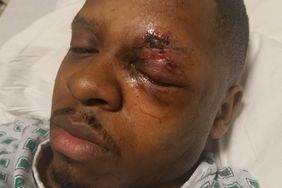