We can all learn something from those older than us.

I recently spent nearly 12 hours with my Aunt Norma on her 99th birthday. (I don't get to see her often so wanted to maximize every moment.) While I left exhausted and mentally drained, she was still pretty darn perky.

As I dragged myself out the door of her assisted living residence, she was looking through the directory calculating how many of the people who moved in when she did were still alive. Apparently, there were quite a few, including more than a dozen who were older than she is! And from what I could tell during our walks around her complex, plenty of them were just as together as Aunt Norma—living proof of the recent study that 90-somethings these days are sharper than their predecessors.

I love and admire my Aunt Norma more than I can say, and I want to grow old with grace just as she has. I already have her genes, obviously, but I think her long life is thanks to more than our family tree. Although my dad (her little brother) lived to 94, he wasn't nearly as sharp as she is and her two sisters died much younger (both of cancer; Aunt Norma is a breast cancer survivor), as did her parents who died in their 40s and 50s (her mom of TB, her father died of a heart attack).

So what is Aunt Norma doing right? Here are some clues:

1. My aunt Norma has lots of friends.

As we walked down to get dinner at the restaurant in her building, my aunt exchanged greetings or had conversations with more than 25 people who all knew her by name—and she knew theirs. She never married, but at least one study shows that friends, even more than family, can add years to your life.

2. My aunt Norma is very active.

Aunt Norma has lived in a retirement residence for nearly 30 years and in that time she has participated in almost every activity you could think of (game nights, parties, trips abroad, bus tours to every event imaginable, working at the thrift shop, etc.). Earlier in her life, she took Spanish classes so that she could communicate better during her travels to Spain, which was one of her favorite destinations. She's visited a dozen countries. Her travel slowed down after she had Guillain-Barre syndrome in the past decade, but she still participates in residence events, exercises, and goes out to eat. All that stimulation is bound to keep a person sharp.

Based on what we know about the unhealthy impact of stress, you'd think this is a bad thing when it comes to longevity, but I see it differently. Aunt Norma's worrying has led her to therapy several times in her life and I'd say she's led a pretty well-examined life. She understands herself and, it seems to me, (and I think research done for The Longevity Project bears this out) that this kind of self-reflection may have helped her make good-for-her, healthy choices in life.

Over the years whenever I got hooked on a piece of music, poor Aunt Norma would usually end up having to listen to it, too. But she didn't mind being the brunt of my family's enthusiasms, whatever they were. If we played Les Miz during her visit, she usually wanted a copy to take home for herself. She would put aside her Forbes magazine (her favorite) and read Harry Potter when my kids recommended it (she liked it).

During my last visit, she tried out my mini iPad and within minutes had figured out how to enlarge the text and how to swipe to turn the pages. She currently uses a magnifying glass to read and thought the iPad would be a far more "brilliant" way for her to re-read the classics (she'd just finished My Antonia by Willa Cather). Not only is her curiosity helping her stay sharp, as studies suggest, but it will also probably garner her some fancy new technology before her 100th birthday rolls around!

I just hope that I will have regained my energy in time to spend that day with her, too. 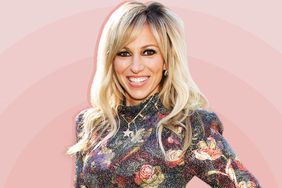 Debbie Gibson, 51, Poses in a Bikini After Overcoming Her 'Lowest Points' to Celebrate Her Birthday