The powerful health benefits of raspberries just might surprise you.

Cynthia Sass, MPH, RD
Cynthia Sass is a nutritionist and registered dietitian with master's degrees in both nutrition science and public health. Frequently seen on national TV, she's Health's contributing nutrition editor and counsels clients one-on-one through her virtual private practice. Cynthia is board certified as a specialist in sports dietetics and has consulted for five professional sports teams, including five seasons with the New York Yankees. She is currently the nutrition consultant for UCLA's Executive Health program. Sass is also a three-time New York Times best-selling author and Certified Plant Based Professional Cook. Connect with her on Instagram and Facebook, or visit www.CynthiaSass.com.
health's editorial guidelines
Medically reviewed by
Jamie Johnson, RDN

Raspberries are enjoyable all year long, whether they're fresh or frozen. But the gorgeous gems aren't just delicious and versatile. They have an impressive nutritional profile that makes them one of the healthiest choices in the produce aisle.

Here are seven health benefits of raspberries, plus simple ways to include fresh and frozen options in meals and snacks.

One 100-gram portion of raspberries provides 23 milligrams of vitamin C, according to the Department of Agriculture. That amount is approximately 30% of the minimum daily target for vitamin C for women, according to the National Institutes of Health. Vitamin C supports immunity and skin health and helps produce collagen.

Plus, the vitamin C in raspberries increases your body's fat-burning ability, according to a study published in the Journal of the American College of Nutrition.

Raspberries also contain manganese, calcium, and vitamin K, which play roles in bone health. And they supply smaller amounts of vitamin E, B vitamins, magnesium, copper, iron, and potassium, per the Department of Agriculture.

Are Low in Sugar

Raspberries are also one of the lowest-sugar fruits, at just 2.7 grams per 100-gram portion, per the Department of Agriculture, compared to about 13 grams in a small apple.

The low sugar content makes them an excellent option for anyone with a sweet tooth who wants to minimize their overall sugar intake.

Raspberries are antioxidant powerhouses with their high vitamin C content.

According to a 2015 study in Molecules, higher intakes of antioxidant-rich fruits like raspberries are associated with a lower risk of chronic stress-related diseases. Those diseases include cardiovascular diseases, cancer, and deaths from all causes.

Antioxidants, per the National Institutes of Health, are manufactured or natural substances. Antioxidants may prevent or delay some types of cell damage. When you exercise, convert food into energy, or are exposed to cigarette smoke, air pollution, and sunlight, your body naturally produces free radicals. Free radicals are highly unstable molecules that cause cell damage.

May Protect You From Cancer

Antioxidants and anti-inflammatory compounds in raspberries may help protect against cancer. Some evidence suggests that those compounds reduce the reproduction of cancer cells. According to a 2016 study in Advanced Nutrition, raspberries are among the few plant foods that provide ellagitannins and anthocyanins.

Ellagitannins and anthocyanins are phytochemicals. Per the 2015 Molecules study, phytochemicals are antioxidants that may have cancer-fighting properties.

Are High in Fiber

Raspberries are among the highest whole food sources of dietary fiber, providing 6.5 grams per every 100 grams, according to the Advanced Nutrition study—a third of the minimum daily goal.

Per the National Library of Medicine, fiber has several health benefits, which include:

Raspberry fiber also helps beneficial gut bacteria flourish. In fact, a 2021 Nutrients article highlighted that increased dietary fiber consumption could alter gut bacteria. And that can have a positive effect on individuals experiencing obesity, metabolic syndrome, as well as other chronic gut diseases

A 2019 study published in Obesity randomly assigned 32 adults between the ages of 20 and 60 to three breakfast meals. Each meal was similar in calories and macronutrients.

However, they had different portions of frozen red raspberries: One meal contained no raspberries, the second included one cup, and the third provided two cups.

Researchers found that for those at risk of diabetes, eating more raspberries reduced the amount of insulin needed to manage blood sugar levels. Blood sugar was lower in those who consumed two cups of red raspberries than those who ate none.

Sharpen Your Brain and Memory

Raspberries help counter oxidative stress, an imbalance between cell-damaging free radicals and the body's ability to fight off their harmful effects.

Because oxidative stress is a risk factor in diseases like Alzheimer's and Parkinson's, raspberries are a top brain-supporting food.

According to a 2022 study in Scientific Reports, the flavonoids in berries have also been shown to help improve coordination, memory, and mood. And berries help with general brain "housekeeping" by clearing out toxic proteins tied to brain dysfunction.

How To Add More Raspberries to Your Meals

Raspberries are a beautiful and tasty addition to numerous dishes and work well in sweet and savory meals. If you are looking for a quick way to add raspberries to your daily meals or snacks, try some of the following recipes:

You can also warm frozen raspberries over low heat on the stovetop with freshly grated ginger root and cinnamon (and maybe a touch of pure maple syrup) as the base for a mock cobbler. Top with almond butter or rolled oat crumble, chopped nuts, shredded coconut, or shaved dark chocolate.

Is It Possible to Eat too Much Fruit?

Raspberries have several health benefits. They pack a lot of nutrients that help keep you healthy and may protect against chronic diseases. What's more, they satisfy any sweet teeth without being high in sugar.

Frozen or fresh, there are many ways to add raspberries to your daily meals or snacks simply. Add them to the side of your breakfast, toss them into a smoothie, or bake them into a mock cobbler. Any way you eat raspberries, you'll take advantage of their many health benefits. 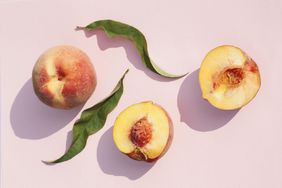 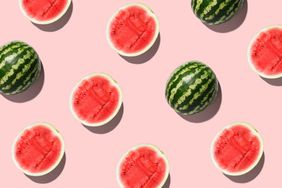 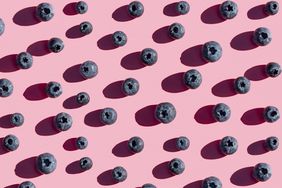 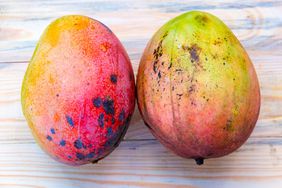