Here's what nutritionists said about the health benefits and drawbacks of palm oil.

Palm oil may not be a home kitchen staple like olive oil or canola oil. But some research has taken another look at the health benefits and drawbacks of the widely produced tropical oil.

Palm oil is on the ingredient list in numerous processed foods. And some people use palm oil in many prepared dishes because of its high smoke point.

How does palm oil compare to other cooking oils, and is it as bad for you as experts used to think? According to nutritionists, here's what you need about palm oil's possible health benefits and drawbacks.

What Is Palm Oil?

Palm oil comes from the fruit of the oil palm tree, a type of tree found mainly in warm climates such as Africa and Asia. At room temperature, palm oil has a semi-solid form.

Palm oil is controversial. The trees grow in rainforest regions, and "the harvesting of this type of oil is being blamed for many negative environmental impacts," New York-based nutritionist Natalie Rizzo, RD, told Health. Still, palm oil is in greater demand these days.

"Because the United States banned the addition of trans fats to food [that are sold in restaurants and on grocery store shelves], many manufacturers have turned to palm oil, which is an inexpensive substitute," explained Rizzo.

Palm oil's nutritional profile is similar to other cooking oils.

According to the Department of Agriculture, one tablespoon of palm oil contains the following nutrients (rounded):

Those numbers are similar to olive oil, except for the types of fats. According to the Department of Agriculture, one tablespoon of olive oil contains only two grams of saturated fat (which can contribute to heart disease) and about 10 grams of monounsaturated fat.

Palm oil has less saturated fat than other tropical oils, such as coconut and palm kernel.

How Do You Use Palm Oil?

In addition, palm oil is in some skincare and beauty products, like lipstick, detergent, and soap.

"Palm oil is also used for cooking because of its high smoke point," noted Michaelczyk, which means it's better suited for cooking foods at high temperatures. The more refined an oil is, the higher its smoke point will be because refining removes impurities and free fatty acids that can cause oil to smoke.

"It can be processed and blended to produce a vast range of products with different characteristics," added Michalczyk.

Palm oil appears to have some health benefits. Some studies have shown that palm oil may help reduce risk factors for heart disease and aid in brain functioning, according to Michalczyk.

For example, one study published in 2015 in the World Journal of Cardiology concluded that palm oil does not raise the risk of cardiovascular problems.

Additionally, palm oil is high in tocotrienols, a form of vitamin E that acts as an antioxidant. Some research suggests that tocotrienols may slow the progression of dementia and lower stroke risk, added Michalczyk. A study published in 2022 in Food Research International supported this hypothesis.

Still, palm oil isn't the healthiest oil you can use for cooking.

"The oil is about half good [unsaturated] and half bad [saturated] fats. But it's in so many varying foods that it's difficult for researchers to determine if it's good or bad for you," said Rizzo.

Should You Cook With Palm Oil?

"My recommendation is that in terms of cooking, olive oil and avocado oil are the better options," noted Michalczyk.

But if you do decide to cook with palm oil, consider producers with a small environmental footprint who produce organic oil. Red palm oil is an example of such a product.

As for the palm oil in processed foods you buy from the grocery store, it's okay in moderation. But try to go with brands that nix the ingredient.

"I always recommend looking at ingredient labels to check what is in something. And if it's something that should only be one ingredient like peanut butter or almond butter, skip the ones with added sugars and things like palm oil," advised Michalczyk.

So, while palm oil isn't as unhealthy as trans fats, it's better to choose healthier cooking oil options when you prepare food at home or eat out, such as olive oil. 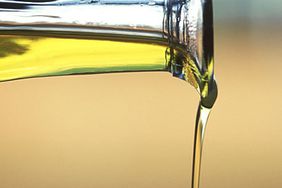 The Healthiest Alternatives to Olive Oil 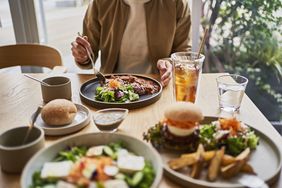 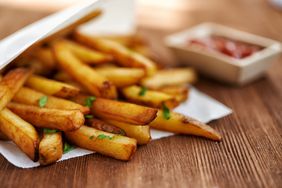 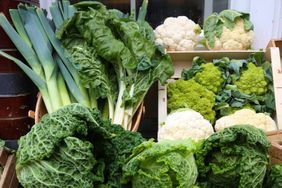 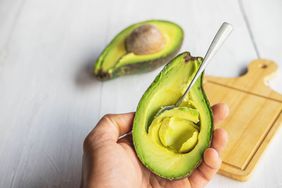 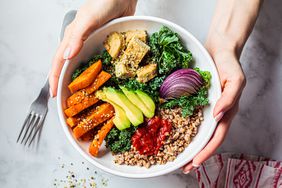