Here's what to know before letting your kids eat licorice on Halloween night.

A 54-year-old man in Massachusetts suffered cardiac arrest after consuming too much blacklicorice, a new case report from the New England Journal of Medicine (NEJM) says. The patient was in a fast-food restaurant when he gasped suddenly and lost consciousness, according to the case report. His whole body began to shake, but he remained unresponsive even after those movements stopped.

First responders arrived about four minutes after the man lost consciousness and started doing CPR; they also shocked the patient's heart four times and administered multiple medications, including naloxone, which is often used to treat opioid overdoses. The patient's "mental status" returned, but then his pulse stopped, causing first responders to resume CPR.

Black Licorice Warning: Why FDA Says Don't Eat Too Much on Halloween

He arrived at a hospital half an hour after he'd gone into cardiac arrest, still unconscious. "The patient was an unresponsive, middle-aged man who had undergone mechanical CPR and had no external signs of trauma," the case report says. Doctors intubated the patient and performed an electrocardiogram (ECG), a test that tracks electrical activity in the heart and allows doctors to find and diagnose heart problems.

Doctors noted that the patient didn't have a history of experiencing chest pain or heart failure. "He had a poor diet, consisting primarily of several packages of candy daily; [three] weeks earlier, he had switched the type of candy he was eating," the case report says.

It turns out, the patient stopped eating his usual fruit-flavored soft candy and instead switched to eating licorice-flavored candy. The licorice-flavored candy contained glycyrrhizic acid, which is converted to glycyrrhetinic acid after consumption. Glycyrrhetinic acid, in turn, inhibits the enzyme needed to convert cortisol into cortisone, along with the metabolism of other corticosteroids, leading to increased levels of cortisol in the kidneys, which can set off a whole slew of problems in the body.

The case study points out that the "unimpeded presence of cortisol can cause hypertension [high blood pressure], hypokalemia [low potassium levels], metabolic alkalosis [overly alkaline blood], fatal arrhythmias, and renal failure—the constellation of signs and symptoms seen in this patient."

Eating Lots of Black Licorice During Pregnancy Is As Bad As Binge Drinking, Researchers Say

This isn't the first time black licorice has made headlines for the unique danger the candy poses: Health previously reported the FDA's announcement that consuming two ounces of black licorice, specifically, each day for 14 days can lead to an irregular heart rhythm for adults 40 years of age and older—again due to glycyrrhizic acid's effect on the body.

An older study, published in 1993 in the journal Food and Chemical Toxicology, states that, the "lowest-obesrved-adverse-effect level" for glycyrrhizic acids is 100 mg, which equates to about 50 grams of licorice candies. By that approximation, researchers say "a daily intake of 10 mg glycyrrhizic acid would represent a safe dose for most healthy adults," which could equate to about 5 grams of the candies.

Sadly, the patient featured in the new NEJM case report died after suffering from cardiac arrest. The FDA says that, regardless of your age, you shouldn't eat "large amounts of black licorice at any one time." It also says to seek medical help immediately if you've been eating black licorice and you notice muscle weakness or an irregular heart rhythm. Additionally, talk to your doctor about whether you should eat black licorice at all if you take medication for any health condition, as the candy can interact with certain medications. 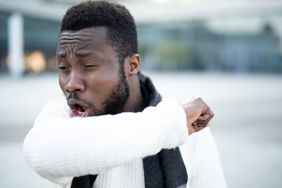 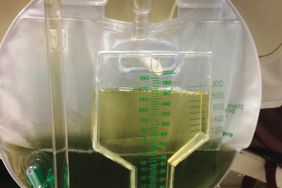